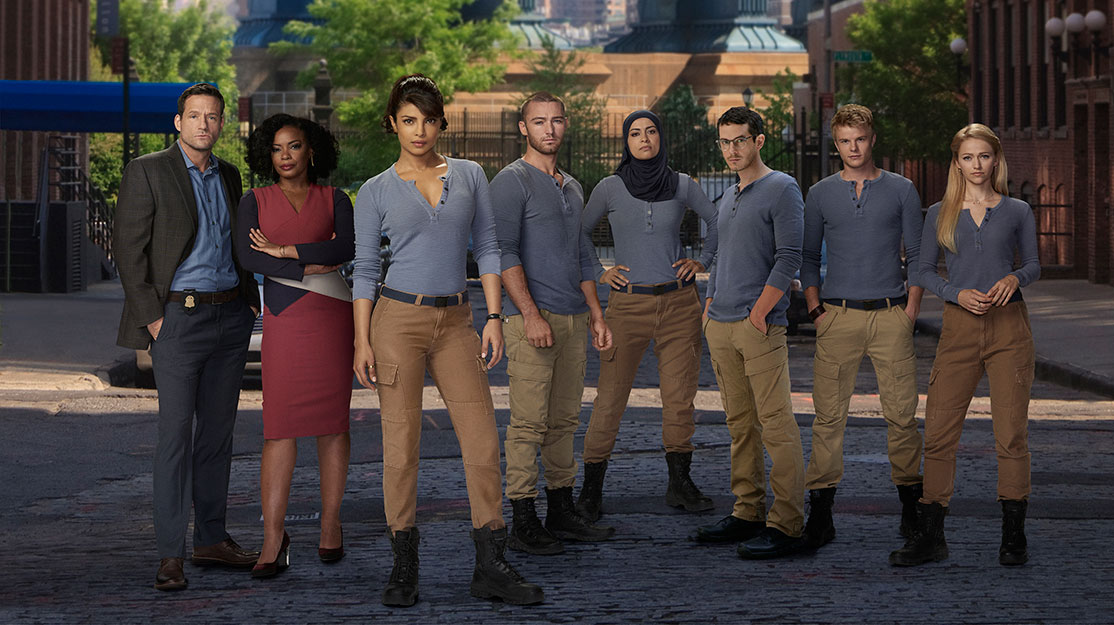 The importance of being early

ABC’s early pickups show its new entertainment president is keen to keep its hit shows on top form by giving their creative teams as much time as possible to prepare for next season. Michael Pickard reports.

She’s been in the job little more than two weeks – but the new entertainment president at US network ABC is wasting no time making her mark.

Two months before advertising executives gather in New York to hear the Upfront presentations for the 2016/17 season, Channing Dungey has given them a big insight into what they can expect to see on the Alphabet’s schedule next season with a host of renewals across the television spectrum.

Long-running reality veterans The Bachelor and Dancing with the Stars will be back for seasons 21 and 23 respectively, while there’s also good news for fans of comedies Black-ish, The Goldbergs, The Middle and Modern Family, among others.

On the drama side, ABC has picked up six series – including three from the Shonda Rhimes stable. Grey’s Anatomy will return this fall for its 13th run, How to Get Away With Murder will be back for season three and political drama Scandal gets a sixth outing.

Elsewhere, there were renewals for Marvel’s Agents of S.H.I.E.L.D (season four), fantasy Once Upon a Time (season six) and a second season order for one of the new breakout shows of the year, FBI thriller Quantico (pictured top), which stars Bollywood actress Priyanka Chopra.

Fans of Castle, American Crime, Marvel’s Agent Carter and music drama Nashville, however, are still in the dark about whether their shows will be back next year, while freshman series Wicked City and Blood and Oil have already been cancelled.

Some of those series left in limbo may find time is running out, with 11 drama pilots in contention for series orders next season. One of these is Conviction, which stars Hayley Atwell as the daughter of a former president who is blackmailed into joining LA’s new Conviction Integrity Unit – which examines whether the wrong person may have been convicted of a crime. Atwell, of course, is the star of Agent Carter so it seems unlikely she will appear in both shows unless Conviction receives a smaller episode order to allow her to continue in the Marvel series.

The possible cancellation of one Marvel series seems all the more likely considering another ABC pilot in contention – Marvel’s Most Wanted, a spin-off from Agents of S.H.I.E.L.D that stars Adrianne Palicki.

Room also needs to be found in the schedule for Designated Survivor, which was ordered straight to series, bypassing the traditional pilot process. The show stars Kiefer Sutherland as a low-level US cabinet member who becomes president when a catastrophic attack during the State of the Union kills everyone above him in the line of succession.

Speaking about her early renewals, which numbered 15 in total, Dungey said: “We’re very proud of our strong roster of performers, and we’re excited about what they will bring us creatively next season.”

And as ABC’s drama development executive prior to her recent promotion, Dungey knows creativity is key.

While a new season order placed in May gives writers and producers just four months to get the opening episodes ready to air in time for the new season launch in September, any extra time they can get to plot story arcs, fine-tune scripts and enhance special effects can only be beneficial – particularly if they’re on board the network treadmill that will see them churn out as many as 24 episodes by the season end next May.

This is where the larger episode orders associated with the five US broadcast networks come into stark contrast with cable networks, which tend to lean towards 10 to 13 episodes per season – and give creatives as long as a year to film a show ahead of its debut.

Desperate Housewives creator Marc Cherry admitted as much when he spoke about starting work on his Lifetime drama Devious Maids back in 2012.

Housewives ran for eight seasons on ABC, before Cherry crafted an adaptation of Mexican telenovela Ellas Son la Alegría del Hogar, about four women who have ambitions and dreams of their own while working for the rich and famous in Beverly Hills. ABC ordered a pilot but ultimately passed on the project, which was then picked up by Lifetime and is now heading into its fourth season.

Describing the benefits of working for a cable channel, he said: “Artistically, it gives you greater licence to do much more complicated storytelling and richer and deeper writing than you have time for on a network schedule.

“With the networks, from the time they pick up your show to the time you start shooting is approximately six weeks. That’s not a lot of time to plan what you’re going to be doing for 23 episodes, whereas I have four straight months of plotting before we start shooting. What the fans are going to see from me is the best writing I’ve ever done because I have time to plan things and talk about them and get to deeper places.”

With her background in drama development, Dungey knows this and it’s too her credit that she has given these six dramas as much time as possible to prepare for the 2016/17 season.

Other networks have also given some early season orders, with CBS renewing NCIS and Fox planning more Empire. And like ABC, NBC has also gone big on early renewals for The Blacklist, Shades of Blue, Chicago PD, Law & Order: SVU, Chicago Med, Chicago Fire and Blindspot.

With networks under pressure to keep ratings high in the age of catch-up and increasing competition from both cable and OTT platforms like Netflix and Amazon, giving writers and producers more time to stay on top of their game and keep their series entertaining and engaging will benefit viewers and advertisers alike.