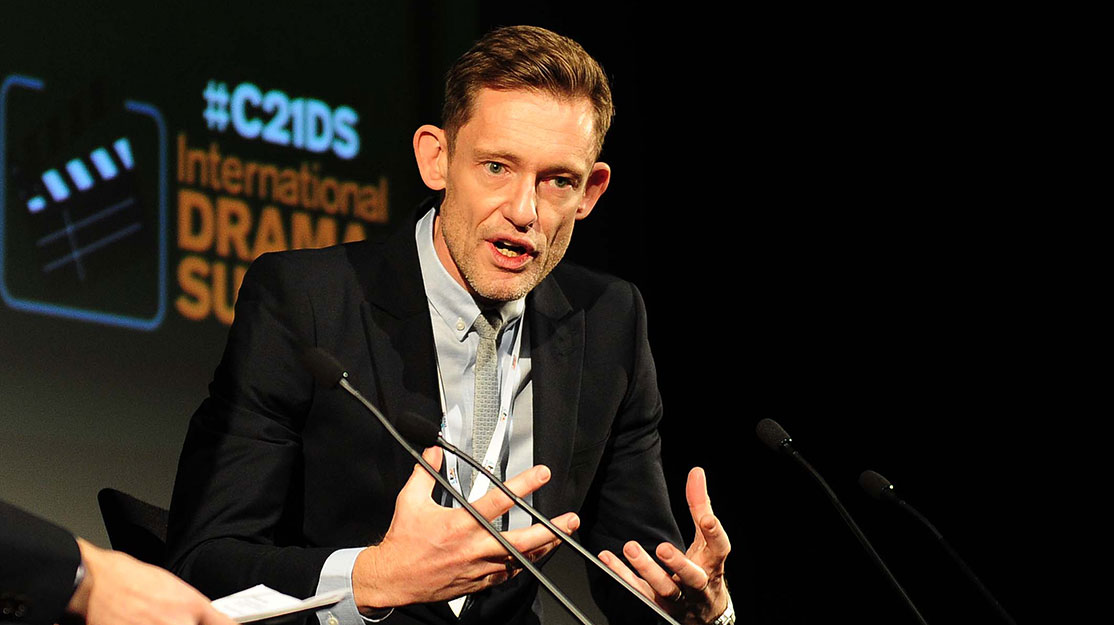 November reign: How did the now ex-ITV drama boss do?

The news of ITV drama director Steve November’s departure brought to a close the first stage of new ITV director of television Kevin Lygo’s shake-up of senior commissioning roles at the network.

For the commercial broadcaster, drama is the most important genre in terms of cost, peaktime value and ratings.

Although Lygo’s background is chiefly in entertainment (his skills will be crucial in reinvigorating that critical part of the schedule), one shouldn’t forget that he was, under pseudonym Ruby Solomon, the writer of the one-off comedy-drama Walter, commissioned and broadcast by BBC1 in 2014.

And when Lygo was Channel 4’s director of television and content, drama successes under his regime included Shameless, The Devil’s Whore, Skins, Elizabeth I, Dead Set and Any Human Heart.

With characteristic speed, Lygo poached BBC drama chief Polly Hill to replace November – no doubt fulfilling a dual purpose in both attracting proven talent and inconveniencing the BBC during a period when drama is its strongest genre.

So how should we assess November’s tenure at the helm of ITV drama?

He was very fortunate in inheriting a department in rude health thanks to the previous team of Laura Mackie (director) and Sally Haynes (controller), who were responsible for a slate of hits including Downton Abbey, Broadchurch, Whitechapel, Appropriate Adult, Mr Selfridge, Scott & Bailey and Vera – all contributing to ITV’s Channel of the Year win at the Edinburgh Television Festival in 2013.

The pair rescued ITV’s reputation for quality drama, which had taken a major hit under then ITV director of television Simon Shaps, when new series such as Rock Rivals, Harley Street, Demons, Brittania High, Moving Wallpaper, Echo Beach, The Royal Today and The Palace proved major disappointments for both viewers and critics.

At the same time, Shaps axed ratings bankers Foyle’s War and Rosemary & Thyme in an attempt to change perceptions of the then-beleaguered network.

November’s tenure hasn’t had the same level of critical or ratings success as the Mackie/Haynes era, but neither has it plumbed the depths of the Shaps years; so it’s more of a qualified success.

November (pictured top at last year’s C21 International Drama Summit) was dealt a good hand in inheriting shows that still had a lot of mileage left in them; the reception given to his commissions, however, was mixed.

He enjoyed critical success with the likes of Peter Morgan’s The Lost Honour of Christopher Jeffries and Jeff Pope’s Lucan, while new commissions including the single film Cilla and the series Grantchester, Home Fires, Safe House, Prey, Unforgotten and Black Work all attracted strong ratings and broadly favourable notices.

All these achieved audiences high enough to warrant sophomore seasons.

The strong 6.4 million (29% share) debut enjoyed by The Durrells on Sunday, April 3 will give ITV hope for a long-running pre-watershed hit in the vein of the Darling Buds of May and Wild At Heart.

With a very healthy 6.1 million viewers (27.6% share) for it’s opening episode, Nordic Noir-style crime drama Marcella also gave November a high note on which to bid farewell to the network.

But balanced against these achievements were a run of high-profile misfires. The strategy of commissioning early-evening drama for a move into territory previously solely occupied by the BBC (Doctor Who, Atlantis, Merlin and Robin Hood) proved a costly misjudgement.

Both Jekyll & Hyde and Beowulf: Return to the Shieldlands returned low ratings accompanied by poor reviews, with many feeling the dramas fell between the two stalls of early-evening and post-watershed drama; too adult in tone for younger viewers and too juvenile for more mature audiences.

One wonders if doubts were expressed during development over whether commissioning apparently family-friendly ‘light’ takes on Penny Dreadful (Jekyll & Hyde) and Game of Thrones (Beowulf) would work for the Sunday early-evening ITV audience, but other considerations no doubt came into play.

With US cable-style orders of 10 and 12 episodes respectively, the underperformance of Jekyll & Hyde and Beowulf left sizeable holes in ITV’s peaktime share.

Both shows found a home in North America, with Jekyll & Hyde on Canada’s CBC and Beowulf on The Esquire Network – both transmitted post-21.00.

It appears unlikely that ITV will venture this far from its comfort zone in the near future, as the last attempt to crack the pre-watershed weekend drama market was also a bust – the aforementioned Britannia High (2008) and Demons (2009).

Some of November’s dramas also failed to connect with audiences over the most recent Christmas holidays, avalanched by the traditional dominance of BBC1 over the period, which appeared to be the case with both Harry Price: Ghost Hunter and Peter & Wendy, which were otherwise critically well received.

Period miniseries The Great Fire, which aired in 2014, was seen as an attempt by ITV to explore an area not usually associated with the channel, but unfortunately for the network, reviews and audiences were largely indifferent.

Scheduling has been a problem for ITV when launching new dramas, with BBC1 able to overwhelm the opposition with an unusually strong slate of shows. Midwinter of the Spirit was crushed by Doctor Foster, Jericho was taken out by established hit Death in Paradise and Doctor Thorne was similarly dealt with by the huge success of The Night Manager.

In some cases, such as Doctor Thorne, ITV introduced shows after BBC1 had already established its new dramas in the slot with a number of episodes, making the task of winning viewers more difficult than if they had simply clashed head-to-head on their debuts.

With pay channel ITV Encore, it’s difficult to quantify what counts as a success in the limited universe of Sky subscribers – 2015’s Sean Bean starrer The Frankenstein Chronicles returned respectable consolidated figures and was picked up by A+E in the US.

Reviews were generally favourable but there’s no word yet on season two.

In recent weeks, Encore’s Edwardian detective mash-up Houdini & Doyle’s opening episode was given a preview on ITV to kickstart the show. It’s probably too early to see if this has paid off in terms of the ratings for the series on Sky, but reviews have been fairly poor, although production values were praised.

The casting of comedian Stephen Mangan as Arthur Conan Doyle in particular came in for criticism; it was also noted that this was the second ITV drama in to feature Doyle as a character in a year (Arthur & George being the first).

Now with Hill in the top drama job at ITV, Lygo will be hoping she can continue her run of hits, which include The Night Manager, Poldark and Doctor Foster.