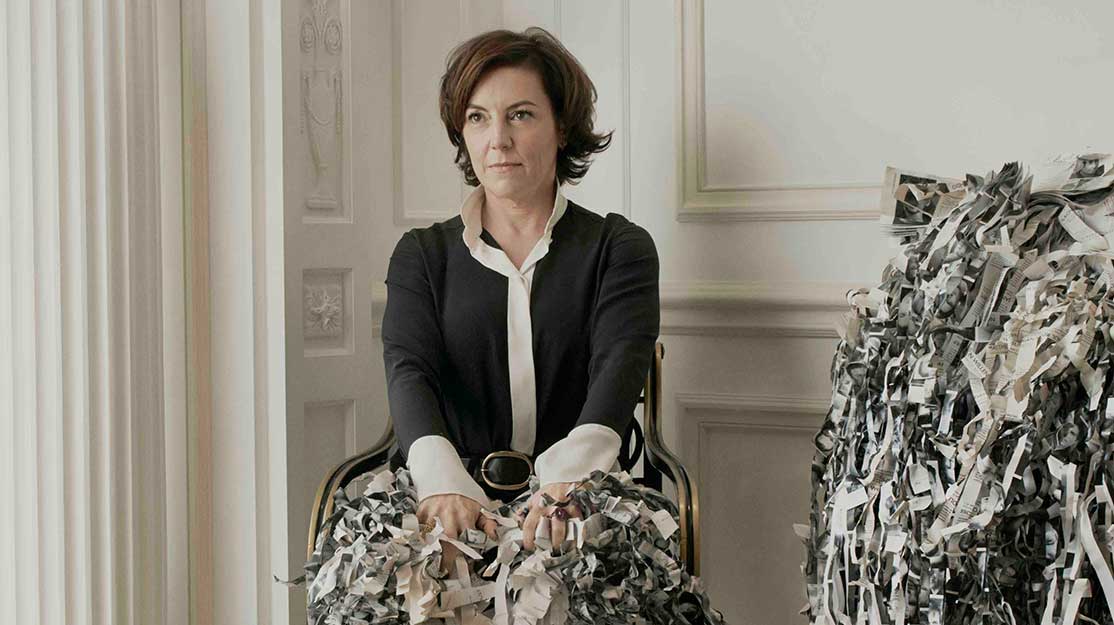 Award-winning casting director Nina Gold tells Michael Pickard about discovering the stars of Game of Thrones and the importance of trusting your instincts.

Their decisions can make or break a series – but this isn’t the writer or director we’re talking about.

Imagine House of Cards without Kevin Spacey, The Bridge without Sofia Helin or Mad Men without Jon Hamm. That these stars have become so synonymous with the characters they play and the series in which they appear is down to the casting director, who faces the unenviable task of finding the right group of actors to turn a script into a smash hit.

While casting directors are absent from most award ceremonies, one is set to be honoured for a career that has included credits for TV series such as Game of Thrones, Wolf Hall, London Spy, The Fall and forthcoming Tom Hardy drama Taboo. She has also worked on films including The King’s Speech, Les Misérables, The Imitation Game, The Theory of Everything, The Danish Girl and Star Wars: The Force Awakens.

On Sunday, Nina Gold (pictured top) will become the first casting director to be recognised by Bafta’s Special Award at the British Academy Television Craft Awards.

Krishnendu Majumdar, chairman of Bafta’s television committee, said: “Nina has a superb eye for talent and a genuine commitment to her craft, which has been borne out by the success of so many of the productions she’s worked on. Nina’s impressive portfolio highlights an incredible contribution to television, so I’m delighted she will be receiving this year’s Special Award.”

Gold began her career in casting with the films Twin Town and The Borrowers in 1997, and has cast every Mike Leigh film since they first paired up for Topsy-Turvy in 1999.

She won two Emmy awards for her work on HBO miniseries John Adams in 2008 and the premium cable channel’s smash hit Game of Thrones in 2015, with many more nominations for the latter.

Speaking to DQ about her Bafta award, Gold says: “It’s marvellous. I’m incredibly flattered and honoured. But it’s not just for me. Casting directors in general really deserve an award. I’m incredibly grateful I’m getting this one but we do feel a bit left out that we’re the only ones deemed unworthy of getting any awards.”

She describes the casting business as “make or break” and quotes acclaimed director Martin Scorsese’s assertion that more than 90% of directing is the right casting.

“If you get the casting wrong, you’re stuffed,” she says. “Sometimes you read the script and meet the writer and director and talk about your ideas together. I’ll have my ideas and they’ll have some thoughts. But to have a good working relationship, you have to be roughly coming from the same angle or sensibility. Sometimes you’ll do a movie and the star name will already be attached; other times, you do it all. The process varies from project to project.”

Gold says casting is most often a targeted exercise, identifying actors for particular parts rather than holding open or invitational auditions.

“All of us are constantly building up knowledge of actors and what they’ve been in, what they’re good at and their general qualities,” she explains. “There’s a constant accumulation of knowledge and you’re drawing on that all the time and applying it to each individual circumstance.

“But on Star Wars we did open auditions and literally saw thousands and thousands of people. It was quite time-consuming and a lot of people’s hopes were being dashed. That’s the bad part of the job – crushing people’s dreams left, right and centre. But if you’re going to be an actor, you’ve got to get used to being rejected because otherwise you couldn’t take it.”

Though her credits are undoubtedly dominated by big-screen features, Gold says there’s often more freedom in casting on television, which gives her the opportunity to find new people and create new stars – an element of the job she particularly enjoys.

One series for which that was a particular requirement was Game of Thrones (GoT), not least because of the sheer volume of actors required to play the multitude of characters and the number of young actors needed.

“I loved working on Game of Thrones and the opportunity to find all those new, young people,” she says. “That was a great voyage of discovery. I also loved working on Wolf Hall (BBC) with all that incredible talent. I’ve just been casting The Crown (for Netflix), which has also been really great. It’s been great to work on these shows but not having to cast stars, just casting people who seem really right for the roles.”

Of course, when casting works, the awards follow. Mark Rylance scooped a Golden Globe for his portrayal of Oliver Cromwell in Wolf Hall earlier this year, while Peter Dinklage and Emilia Clarke are just some of the GoT cast members to have won awards while appearing on the show.

Gold returns to GoT when asked about the best new talent she has uncovered: “Maybe the young people in Game of Thrones, who started with very little experience and have grown enormously as actors and are now stars. Emilia, who was just out of drama school and was clearly a really good actress, has taken the role of Daenerys and made her real. And Kit Harington had done a year in (theatre production) War Horse but Game of Thrones was his first screen role. Maisie Williams and Sophie Turner (who play sisters Arya and Sansa Stark respectively) were just children when we started but now they are adults and have really grown as actors too.”

The trouble with casting, however, is that there is no exact science behind which actor will best play a role.

“The nature of the job is you never know the definitely perfect answer,” Gold admits. “No one’s got a formula of how to get it right, otherwise all films and TV shows would be perfect all the time. It’s about trusting your instinct and feeling like it’s the right thing to do.

“But while the pressure is on the big parts to carry the show, the really small parts – if you don’t get them right – can really mess things up as well. Getting really good people in the small parts almost slips by unnoticed. But if they weren’t really great, boy would you notice it. They’re part of a very delicate fabric you have to put together and every little bit counts.”

And if the pressure of finding the right name to headline a series wasn’t challenging enough, there are other aspects of the job that prove tricky to negotiate. Gold continues: “In my experience – and this happens perhaps more in film than TV – sometimes producers want to make casting decisions for what I believe to be the wrong reason. They might want to cast the biggest, spangliest name, rather than the person who is best for the part. That can sometimes turn into a long and challenging wrangle.”

To be a good casting director, Gold says you have to be interested in people and the business. “Otherwise, it’s just hard work for nothing,” she adds. “But if you’re genuinely interested in them and find it fascinating, it’s really great. It took me quite a long time to trust my instincts and not to worry about it all the time – and, remember, they’re hiring you to have an opinion, so it’s alright to have one.”

Looking back on her career so far, Gold picks out one highlight as the close collaborations she has built with “amazing creative people – like my long association with Mike Leigh, which has been an incredible learning experience and also very entertaining. Or maybe working with Jane Campion, who is a total inspiration to me.

“Or maybe when The King’s Speech won the Oscar,” she adds of the film’s 2014 best film victory. “That was definitely fun!”