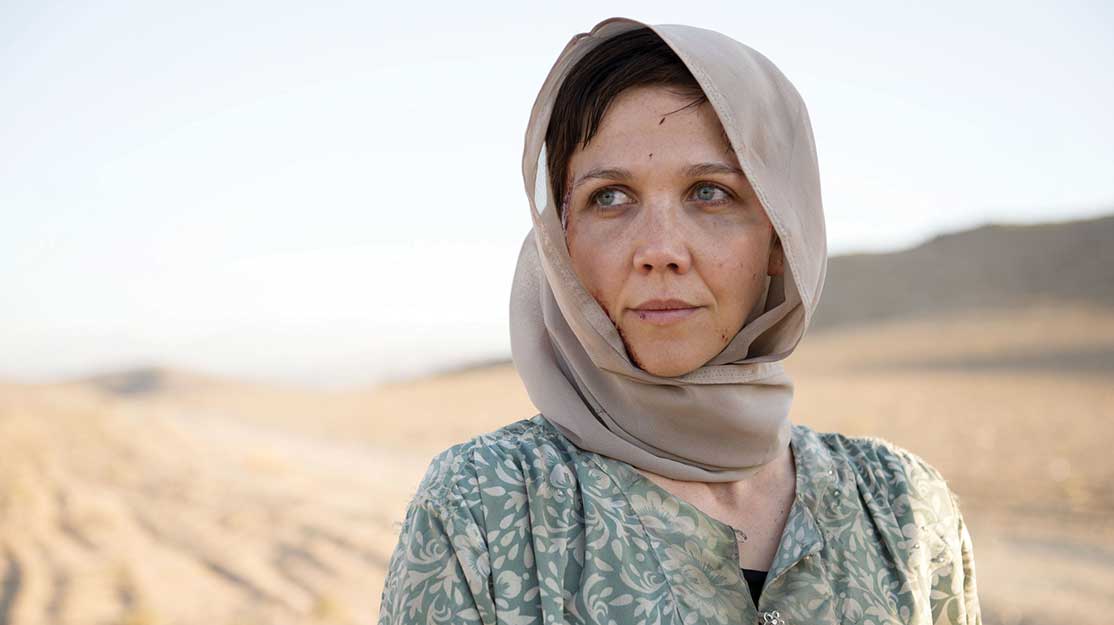 SundanceTV has been steadily building its homegrown drama credentials over the past few years. Christian Vesper, senior VP of scripted development and current, tells DQ why he believes the network has turned a corner.

SundanceTV arrived in time for the February 2014 premiere of the channel’s second wholly owned homegrown drama series, The Red Road – signifying another step towards its ambition of becoming better known for scripted television.

The journey began in 2010 with Carlos, a miniseries about the Venezuelan terrorist nicknamed The Jackal, originally commissioned by France’s Canal+ and directed by Olivier Assayas – marking the auteur’s first foray into TV. Sundance got involved in the French/German production at the rough-cut stage and took a coproduction credit, though these days such collaborations see it much more heavily engaged in the creative process.

SundanceTV’s senior VP of scripted development and current, Christian Vesper, has been with the network for the past 12 years, playing a central role in its evolution – and Carlos, he says, was a pivotal moment.

“It made a lot of noise. We won best miniseries at the Golden Globes with a US$15m project against the US$150m project that was The Pacific. It led to a realisation in the higher levels of our organisation that the network could distinguish itself in the scripted space.”

At the time, that organisation was in the midst of major change. Sundance Channel parent Rainbow Media was being spun out of Cablevision as a separate entity to be named AMC Networks, housing fellow cable outlets AMC, IFC and WE tv.

Carlos stood out as a genuine differentiator for Sundance, which until then had predominantly been seen as an elite, art-house movie destination. For Vesper, the show was a clear statement of intent – aiming to establish the channel as a home to directors, producers, writers and talent with a theatrical vision that could be transposed to the small screen. “We want our shows to look and feel cinematic. We are still part of the Sundance family, and that’s important,” he says.

Restless (2012) came next – another mini – this time an adaptation of William Boyd’s novel of the same name about a young woman who discovers that her mother was recruited as a spy during World War Two. Hilary Bevan Jones’s Endor Productions made the two-parter, which garnered accolades including a Best Actress Emmy nomination for Charlotte Rampling.

“We’re big fans of William Boyd and the idea again is to work with artists and writers who are exceptional,” says Vesper. This was Sundance’s “first proper copro,” he adds, and its first alliance with the BBC – a relationship that was to deepen with Top of the Lake (2013), director Jane Campion’s first TV project in more than 20 years. The seven-part series, shot in New Zealand, starred big names including Elisabeth Moss (Mad Men), and centred on the disappearance of a pregnant 12-year-old.

It premiered at the 2013 Sundance Festival and aired at around the same time as Rectify, the channel’s first wholly owned homegrown series. Vesper describes the dual release as “an inflection point for the network – when we really meant to make a statement that we were in the scripted space for real.” He calls Rectify, heading into its third season next month, “a beautifully rendered piece of art television.” Top of the Lake, meanwhile, which has also been renewed, was “a fantastic opportunity” that BBC Worldwide and producer See-Saw brought to the network.

“We got involved very early in the script stage. It turned out to be a terrific brand signifier and audience generator, and we received a ton of award nominations – which we need to make some noise in such a crowded marketplace,” Vesper says, again emphasising the desire for projects with genuine artistic merit but also critical and commercial resonance.

After all, the competition is only getting stronger. SundanceTV is a sibling of AMC, which has been responsible for some of the greatest drama successes of the past decade – notably Mad Men and Breaking Bad. And in October 2014 it gained a new sister, after the AMC Networks mother ship paid US$200m for a 49.9% stake in BBC America – home to originals including Copper and, more recently, Intruders.

Outside of the family the world has been moving fast, with Starz (another regular BBC partner) stepping up efforts to displace HBO and Showtime, while History Channel, A&E and others have been moving into scripted against the backdrop of Netflix and Amazon redrawing the landscape completely.

SundanceTV last year aired the original version of French supernatural drama The Returned (Les Revenants), and together with Canal+ has become a coproduction partner on the upcoming second season – but in the meantime an English-language version penned by Lost scribe Carlton Cuse is in the works at A&E.

Vesper acknowledges the difference in reach between the two channels (A&E is in close to 100 million households, whereas SundanceTV is available in around 60 million) but believes his own network has several advantages over newer entrants. “It’s not as if we’ve shifted from comedy to drama or anything like that. Drama has always been our focus and it is our brand,” he says.

“We have a pre-existing relationship with Sundance, and the niche we seek to fill is somewhere between our big brothers at AMC and the kind of content associated with the Sundance Film Festival and Sundance Institute.

“We’re looking to work with and highlight the auteurs. We want heavily character-based storytelling that is distinct, perhaps because of the unique tales we tell or progressive kind of storytelling we’re willing to engage in.”

The Honourable Woman (main image), Hugo Blick’s political spy thriller, fell squarely into this category. It follows an Anglo-Israeli businesswoman who inherits her father’s arms business and with it all the trappings of his Middle Eastern dealings.

Maggie Gyllenhaal took the lead role, again underscoring the importance to SundanceTV of having big-name draws. “She’s a movie star, which guaranteed the series would be written about. And once people knew to pay attention, they realised the show had enormous quality. It’s an essential element to making things work,” says Vesper. The eight-part series was made by UK indie Drama Republic and Blick’s own business, Eight Rooks, again via the BBC’s commercial arm. It premiered on BBC2 in the UK on July 3, 2014 and on SundanceTV stateside on July 31, winning Gyllenhaal Best Actress in a Miniseries or Television Film at the 2015 Golden Globes.

In an age of simulcasts and collapsing release windows, a four-week transatlantic gap seems like a long time for a series around which so much anticipation was built. But Vesper argues this only helped build interest in the US, as UK buzz about the show began to travel.

The tables were turned with One Child, Guy Hibbert’s miniseries about an adopted woman who is suddenly called back to China by her birth mother to save the brother she never knew she had from execution for a murder he didn’t commit. It was coproduced with the BBC’s in-house production team, and although BBC2 was the lead broadcaster, SundanceTV aired the show on December 5 and 6 ahead of the BBC. “It’s a discussion on a per-show basis,” Vesper says.

Straight acquisitions are still on the agenda, with SundanceTV recently becoming the first major US network to pick up a German-language drama in the form of Deutschland 83, a Cold War thriller made by FremantleMedia’s UFA Fiction for RTL.

In wholly owned originals, The Red Road came from Aaron Guzikowski, who wrote the hit 2013 movie Prisoners. Martin Henderson and Game of Thrones’ Jason Momoa led the cast in another character-driven study, this time focusing on conflict between Native Americans in a deprived neighbourhood on the outskirts of white middle-class Manhattan. However, the show was cancelled after the end of its second season last month.

Meanwhile, in the pipeline is Hap and Leonard – SundanceTV’s third wholly owned original show and its first solo book adaptation, based on a series of novels by Joe Lansdale. The script is being penned by Sundance Film Festival alumni Jim Mickle and Nick Damici – again underscoring the ongoing importance of that association – with the show due to air next year.

Sundance Channel may have become SundanceTV and gone a significant way down the road to being recognised as a serious scripted TV player, but it will always owe a 10-gallon hat tip to Butch Cassidy’s notorious sidekick.