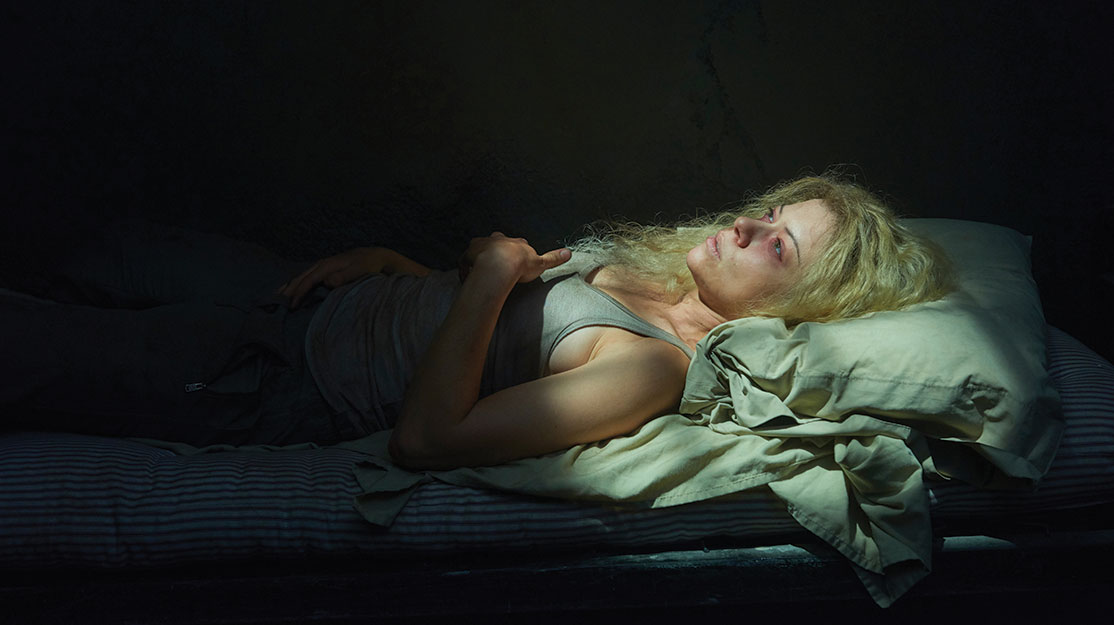 BBC America’s Sarah Barnett is looking for returnable hits that appeal to a generation of social media-driven viewers and keep them coming back to the cable channel.

And although she ultimately lost out to Viola Davis (How to Get Away With Murder) at the 2015 awards, her nomination proved a winner for US cable channel BBC America (BBCA), which airs the Canada-produced series.

It transpired that Orphan Black was the second most Tweeted-about show during the ceremony – behind only Game of Thrones, which dominated the list of award winners – and BBCA president and general manager Sarah Barnett says this is exactly the type of engagement she is looking for when deciding what new shows to bring to the network.

“There is this crazy social engagement our audience has with our shows,” she says. “Doctor Who is the sixth most social show in America, but it’s not the sixth most watched show at all. It’s becoming really hard to gauge success with overnights, and even with live+3s and +7s. It’s difficult to aggregate viewing because it happens in so many different ways but social engagement and passion is crucial. For programmers, it’s uniquely satisfying to see that kind of love and identification. Those stories are very emotional journeys and they’re about outsiders, and the millennial crowd engages with that.”

Barnett is a year into her role at BBCA, having previously run its AMC Networks-owned sister channel SundanceTV, where the business model didn’t require huge audience numbers and executives focused on finding “remarkable” television. Things are slightly different at BBCA, where viewing figures are more important, but Barnett says discovering the level of engagement fans have with the channel’s shows has been a welcome surprise.

“One of the amazing things we have is a level of passion and engagement from this millennial crowd that comes to the Doctor Whos and Orphan Blacks, and it’s actually kind of extraordinary,” she says. “When I first arrived, it blew me away.”

Although it carries a lot of content from its UK namesake, BBCA is not limited to acquiring series from the public broadcaster. It also buys in other British shows such as Broadchurch and Prey, which both aired on ITV in the UK, while also pushing into original series of its own. Three have aired so far – Copper, Orphan Black and Intruders – with the promise of more to come.

“It’s never been just a home for BBC content in the US,” Barnett says of the channel. “I don’t want it to be something that’s respected and well thought of but slightly away from anything super relevant. I want it to feel very confident about its Britishness and to feel very energetic, vital and relevant to an American pop-culture audience.

“Since I’ve been doing this job, there seems to have been an increase in the conversation about returning series and shows that have some of the complexity of storytelling in terms of plotting and depth of the best US cable in terms of character and grounding.”

Barnett outlines the differences between the US and the UK markets by comparing the audiences for different channels. In particular, she says US viewers will largely exclusively watch either broadcast (ABC, CBS, Fox, NBC) content or shows airing on cable, which are generally niche, often edgier stories.

“Most of the storytelling in cable, certainly since AMC pioneered premium storytelling (Mad Men, Breaking Bad), is much edgier, much more bold and has pushed the boundaries in terms of subject matter,” she explains, citing other examples including Amazon’s Transparent, Netflix’s Orange is the New Black and Homeland on Showtime. “But when you look at BBC1 and BBC2 and even Channel 4, the same audiences watch everything – broad shows and edgier shows (From Darkness, London Spy).

“In the US it’s somewhat different – essentially you either watch the broadcast shows that are less deep in their storytelling or you identify with cable. It’s all much more mixed up in the UK.”

In the past year, Barnett says she has simplified the BBCA’s schedule, stripping non-scripted shows such as Man vs Wild and Top Gear and playing drama in primetime.

And when it comes to original commissions, Barnett says her priority is returning dramas that have more than eight or more episodes per season.

An example of this is Dirk Gently, which BBCA greenlit in January. An adaptation of Douglas Adams’ comic novels Dirk Gently’s Holistic Detective Agency, the eight-hour series is written by Max Landis (Chronicle) and coproduced by AMC Studios, Ideate Media, IDW Entertainment and Circle of Confusion.

The show follows the bizarre adventures of eccentric detective Gently and his reluctant assistant as they become embroiled in a season-long mystery.

“Because of the intensely competitive, cacophonous moment of content in the US, we will have fewer big, buzzy originals and will look primarily for shows that have eight or more episodes per season and that are returning,” Barnett says. “That doesn’t mean we’re not in the business for some fresh, dynamic, closed-ended things. We are, and we’re coproducing a number of things with the BBC right now (including political thriller Undercover and mystery series Thirteen).

“But a lot of our focus is on stuff that is returning and has more episodes. A network like AMC might have 70-100 hours of original content a year. At Sundance we probably had 40-50 hours of originals a year. Next year we have 150-200 hours. We’re primarily scripted – we’re not doing a ton of unscripted.”

Because of its ties with the BBC, most of BBCA’s first-run series hail from across the pond, particularly through coproduction, though Barnett argues that the network’s Britishness is what helps it stand out in the crowded US marketplace.

It is that international outlook that has also inspired a show currently in development at BBCA and set in contemporary Berlin.

“The main story follows an American family that left during the middle of last century. They’re a Jewish family moving back to Berlin, so it’s very much about young contemporary Berlin,” Barnett says of the unnamed project, adding that there may or may not be British characters involved. “From my point of view, I’m not a big fan of inserting them just for the sake of it. I don’t think people watch like that. Our audience sees us as a passport to the world.”

Barnett has also found the much longed-for companion piece to Doctor Who in Class, a BBC coproduction that is written by Patrick Ness and set in London’s Coal Hill School – which viewers will know as the school where Doctor Who’s former companion Clara Oswald (Jenna Coleman) was a teacher.

“With original commissions, I’m looking to find shows that are going to be up there with Doctor Who and Orphan Black,” Barnett says. “That’s one BBC show and one original. We’re agnostic as to where it comes from. We’d love it to come from the UK but I want those shows that are really going to define the brand, speak to that audience and create a reason for people to continue to come to what is a medium-sized cable network. They’re not going to come unless there’s a real fresh pipeline.”

With more than 400 shows airing in the US alone in 2015, on more platforms than ever, Barnett is candid about the performance of new shows – and returning hits that don’t quite reach the same heights second time around. But BBCA is positioning itself as a trailblazer for new ways to reach audiences, whether through liner broadcasts or making content available on-demand.

“It’s an interesting time in the US with these new platforms stealing share,” she says. “Of all of the returning shows last season, only 15 shows grew when they came back. Everything else declined and there’s 400 scripted shows out there. Broadchurch grew on air, Doctor Who’s season premiere came back with the largest 18-49 audience it has ever had. We’re doing something right and it’s the shows and the way we launch them.

“We launched The Last Kingdom a little ahead of the BBC. With the second episode, we put it online right after the first episode aired. The thinking was to get people hooked. We eroded the second week numbers but then it built to a bigger number in week three. We’re constantly trying to think of ways to cut through.

“Many would argue there’s an irrationality to this moment of ‘peak TV’ in the US but I think there is space for really good shows to still connect with an audience – Transparent, Mr Robot, Orange is the New Black, Doctor Who, Orphan Black. There’s this weird paradox that there’s so much yet there’s not enough that you really want to actually watch.”

As the for biggest challenge she faces, Barnett is clear that growing shows and keeping an audience is causing the greatest anxiety among US cable and broadcast network presidents.

“A show like Fargo on FX, season one was amazing,” she admits. “Fantastic reviews, good viewing numbers. Then season two came along, heralded with the most extraordinary critical response, and yet the numbers dipped quite significantly. That’s a show that should have grown but didn’t.

“That’s the challenge – how to stay relevant. For us it’s about telling stories that connect with this audience that is so obsessively passionate about the shows they fall in love with that they will come back. That’s the thing that keeps me awake – how to find the shows that fuel the passion of that audience.”