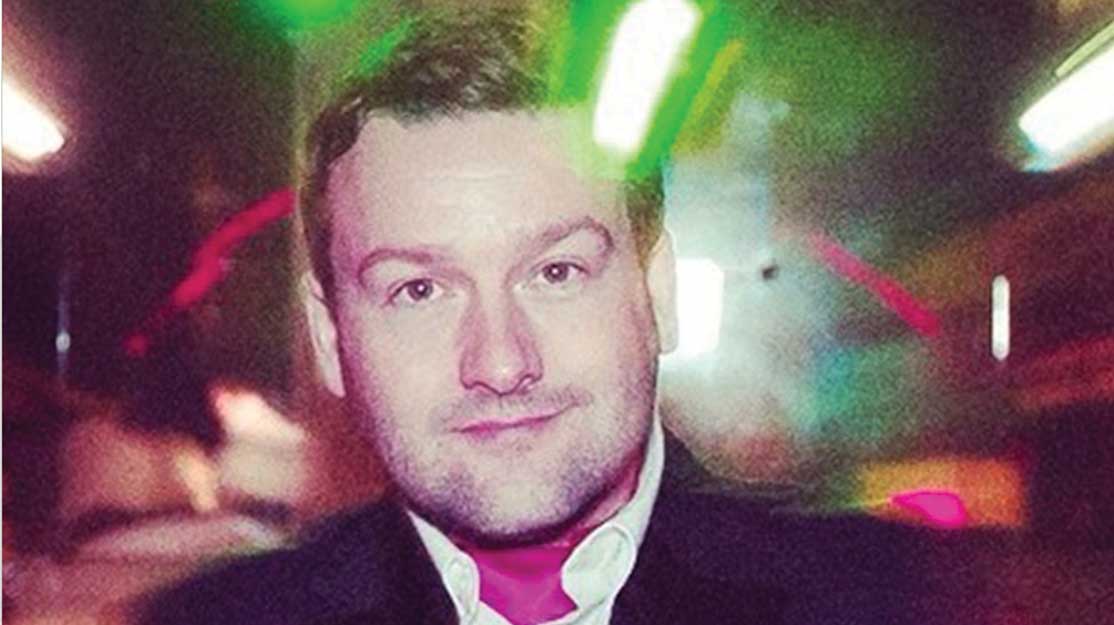 Last time out, wannabe Hollywood screenwriter Alister McDermott told DQ how the dream of writing a TV drama compelled him to say goodbye to UK life and head for the bright lights of LA. In this second part of his story, he makes a profitable stop in Sydney before the lure of California – and a seemingly endless string of Tinder dates – comes calling again. But what about that script?

After waving goodbye to Los Angeles, I landed in Sydney with a spring in my step and hope in my heart. Not particularly for my trip Down Under, but for the desire to return to Hollywood and get stuck into my movie idea.

Had I really sold everything in the UK to become a screenwriter? Was this what I was searching for and, if so, how the hell was I going to get back to LA now that I had moved to Australia? I jumped onto a Bondi-bound bus and planted myself at a mate’s place to work out my next manoeuvre. After a shower and a much-needed cup of PG Tips (finally!) my friend matter-of-factly mentioned that he had set me up with a job interview for his company. I had presumed my Skype chat of faltering funds had fallen on deaf ears, but within 24 hours of landing in Australia I sat jet lagged in a borrowed shirt and tie in Sydney’s Central Business District. The fact I’d completely blagged the job was of little or no concern. It was time to get my head down and earn some cash for my trip back to Hollywood.

Office life had never been my thing, but this job took the biscuit for new levels of work-related weirdness. For starters, the boss disappeared to India for six weeks to open a new office within days of me starting. With no work to do, I tried to look busy, walking around the office with a piece of paper and a concerned look on my face; I even became the building fire officer! This would have been the perfect job for a 17-year-old slacker looking for a full-time position watching YouTube but, alas, I was nearly 40 and the clock was most definitely ticking. I had my mind on my movie and my movie on my mind.
So I did what any respectable Pommie businessman would do in the same position: I sat down from nine to five and wrote my film treatment. What a way to make living! Did I feel guilty? Not really. Time was not on my side and I needed to strike while the iron was hot. Plus, if you’re going to employ a permanent member of staff, at least give them some work to do before you disappear to a different continent.

After 25 rewrites, 500 cups of tea and one fire drill, I finally finished what felt like the perfect treatment. Is anything ever really final when writing, though? Every day you find something that can be written differently. Sometimes you just have to draw a line and say enough is enough.

The Aussie dollars were gratefully received and went a long way to getting me out of Sydney and back on the Hollywood trail. With wages now in the bank, I booked a flight back to the UK for my brother’s wedding and enrolled on an intensive scriptwriting course.

Northampton in the winter was a far cry from Bondi, but it was a welcome pit stop to celebrate my younger brother’s marriage. Watching my topless uncle conduct ‘Oops Up Side Your Head’ with a walking stick was worth the 24-hour journey alone.

I spent the next two months ploughing through my coursework until I had finally got to grips with the art of scriptwriting. I was far from an expert, but my tutor thought I could be onto something. Maybe he said that to all the students. Either way, it was time to head back to LA and take a shot at the big time.

A friend of mine had just bought a house in Mar Vista, a hop, skip and a jump away from Venice Beach. Many of the houses around that neck of the woods had ‘guest houses,’ which basically meant a garage with a bed in it. Mine was slightly more luxurious than that, ie it also had a desk and a dog that urinated outside the door regularly. We quickly christened my new homestead ‘Fritzl’s Bunker’ and I went about the business of trying to create a movie masterpiece to wow the Hollywood glitterati.

Well, I say went about; procrastination is a funny old game. Now don’t think that I just spent my time on Venice Beach hanging around in bars, because I didn’t. Well, I sort of did, but not one ray of sunshine was caught nor a single beer drunk without a deep-seated sense of guilt. If you’re really going to power through a script, LA is one of the most difficult cities in the world in which to concentrate. There are just too many distractions in La La Land.

At the very top of the ‘let’s do anything but write’ list were the ridiculously hot women that frequent the city’s every nook and cranny. Everyone is aware of the notoriously fickle LA dating scene, and I wanted to find out exactly how horrific it could be. I was a single man with a plan; what could possibly go wrong? The fact that I lived in a garage with no job or transport was certainly going to hinder my chances somewhat – but where there’s a hinder, there’s Tinder.

The dating app was first developed in California, and the amount of Tinder-ellas in LA was truly astounding. You could be on the app 24/7 and never run out of potential matches; believe me, I tried. My lack of income, transport and garage dwelling didn’t deter many would-be suitors; in fact, I think it’s fair to say that an Englishman alone in a new city is catnip to Californian girls.

At one point I was locking down up to five dates a week. Nobody dates on the weekend – that’s for hiking and mainlining Kale. The results really were a veritable rollercoaster of expensive washouts and near misses. It’s fair to say that some dates in LA were more like a job interview than a get-to-know-you. Who wants to drink coffee on a date? The women of LA do – unless you’re paying, of course.

I’m not sure if they were expecting Hugh Grant to turn up, but if they were, I must have been quite the disappointment. Among the many good times were some unmitigated disasters. One girl even got her phone out after half a glass of wine and “simply had to go” due to a friend’s emergency. I thought that kind of stuff only happened in Friends and films, but hey, I guess we were in Hollywood.

Anyway, back to the script. So, in-between cycling to dates and paying a plethora of bills for stagnant conversations with hairdressers, the script was growing way out of proportion. I was now using a Jerry Seinfeld anti-procrastination technique of writing something every day and making a mark on a calendar as a sense of achievement. You then join the X’s until you’re finished. As my calendar caterpillar began to reach epic proportions, so did my confusion over the task in hand. What was I actually doing?

The project began to spiral out of control and I really did wonder what I had gotten myself into. Moving from an English townhouse via a Sydney office to a garage, it began to dawn on me that I really had no idea what was going on. I guess writers have as many moments of paranoia as they do clarity. Even in Los Angeles, sometimes the dark clouds overshadow the sunshine.

Funds were dwindling as the pages began to mount up, until I realised I was no longer writing a film – it was a TV show. It was just too big. There were too many characters, plots and story arcs to cram into a movie. What was looking like the longest film in the history of cinema was suddenly becoming a six-part TV series.

I also realised not only that I had accidentally written the first two episodes, but also that I’d found a way to make a second series. Not that a second series is always in the bag; we all saw what happened to Alan Partridge. I woke up and smelled the cheese. Maybe fate was again playing a part in leading me down a different path. Or maybe I just didn’t know what I was doing. Probably the latter.

I had two 70-page episodes in the bag. What was I to do now? Someone needed to read this. I had to get out there and start making some moves. No man is an island, particularly when he’s eating Pot Noodle in someone’s garage, so it was time to see if I really had what it took to make it in Hollywood. This town was famous for bright lights and bullshit.

It was now my time to shine, or get flushed down the toilet.

For the third part of Alister’s story, click here, or go back to the beginning by clicking here.