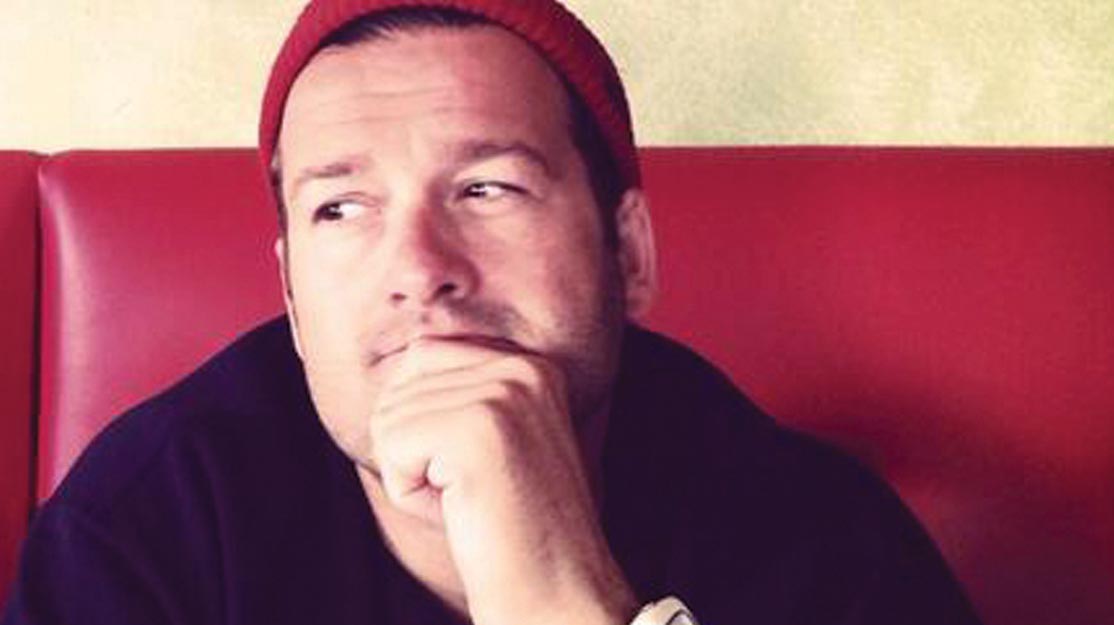 Alister McDermott didn’t head to Hollywood to write a screenplay. He left the UK to find a different life by putting himself ‘out there.’ Lots of people dream of taking a chance, few do it. In the first of a four-part series for DQ, he begins the story of how he was, by degrees, seduced by the journey and dream of writing a television drama.

I had my life changing epiphany while eating dim sum in a rundown Chinese restaurant in my hometown of Northampton, England. Maybe it was the distinct lack of flavour in my scallop dumpling that set off a chain reaction of self-doubt, but something made me question my very existence. What exactly was I doing with my life and did I like where it was heading?

This moment of reckoning happened just as things in my life appeared to be finally heading in the right direction. Was I really having a meltdown at 39? My mid-life crisis was never going to see me squeezing my arse into a second hand Porsche dressed like Jeremy Clarkson. So why the sudden need to feel the winds of change rush through my hair?

My event management business was going well, I lived in a three-storey town house and I had even just bought my favourite car to satisfy my unnecessary consumer desires. I had everything I thought I wanted in life, yet there still seemed to be something missing.

Money had never been that important to me. The fact I never really had any helped to nurture that blasé attitude. As long as I had enough pennies for a pint, a paper and a pasty I was pretty content. I also knew what was missing wasn’t going to be found in the glove box of a new car or in a cupboard on the third floor of a town house.

If life’s material pleasures were not enough to keep me happy, then it must be something else. Some deep yearning from within the dark, empty chasm we call the human soul. Great. The last place any sane man wants to look for answers! So I decided to pack my bags and hit the road to try and locate this unknown calling, leaving behind everything I’d worked for in search of my mysterious redemption.

This type of ‘voyage of self-discovery’ may be a great idea straight from college, but at nearly 40 years old I realised I was taking a bit of a gamble to ‘find myself’. Having already travelled the world a few times, my hit list of places to discover was beginning to dwindle. That’s when a bolt of lightening struck. Of course, The Great American Road Trip, beckoned.

Driving across America has always held a sense of romanticism. We’ve all watched too many films and listened to too many songs about escaping humdrum towns to not be completely in love with the sense of adventure the American open road promises.

I wanted to be Sailor Ripley in Wild at Heart, driving my convertible across the desert in a snakeskin jacket smoking Marlboro reds. I wanted to be the stranger with no name in a town that people had forgotten, dancing to jukeboxes with wanton women, slugging Wild Turkey from the bottle. I wanted to be the dog in The Littlest Hobo, helping save a child from a mineshaft before moving onto the next unknown destination. Did any of these romantic idealisms even still exist in modern day America? Well, there was only one way to find out.

I truly believed there was something missing from the jigsaw puzzle that was my existence; but I still wasn’t quite sure what it was. I was covering some serious mileage to discover my pot of gold, but with all my responsibilities in the UK now severed, a new sense of freedom washed over me. A new dawn, a new day, a new life. I was feeling good.

I won’t bore you with the details of my drive across America in a bright yellow convertible. It’s merely the catalyst to a series of events that would open up the window of opportunity to a new life. To be fair, the sense of freedom and stunning scenery really was something special. I strongly recommend it!

Here are a few road trip tips you can have for free though. When people in Texas talk to you about their plans to bear arms and overthrow the government, just nod, smile, pay your tab and leave the bar. If you insist on staying at the cheapest motel on Bookings.com you will generally be next door to Mexican gang members. When drunk, do not invite everyone you meet to Vegas the following morning. Don’t get caught doing 110mph on the highway; it’s a very expensive human error. Don’t invite crazy tattoo models ‘along for the ride’. Their incessant Adderrall induced conversation will drive you insane. There will be hidden charges for absolutely everything you purchase. People will ask you if you know their friend in England Or the Queen. Rocket is called Arugula. 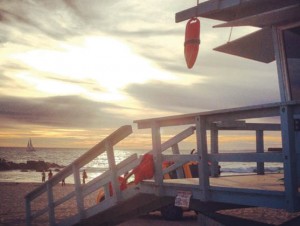 After a month of driving I finally arrived in Los Angeles to stay with a friend just off Venice Beach. I instantly fell in love with the unique vibrancy of the place. This insane slice of beach life instantly felt like home. After a stroll along the boardwalk and the canals that many people don’t know exist (it’s called Venice for a reason), we returned to my friend’s apartment just as the previous tenant was vacating my new room.

I was left alone with the Australian who was packing his bags to move across town to Hollywood. It turned out that he had been living in Los Angeles for seven years in the hope of making it big as an actor.

As we sat and chatted about everything and nothing, the subject of US visas came up. My new acquaintance then began to tell me the most extraordinary story of how he managed to obtain a green card. This was too tall a tale to be untrue; with events so outlandish they were astounding.

It felt like everything had suddenly fallen into place. My reason for being drawn to America, to be in Los Angeles at that precise moment. What was stopping us? Why not write a film? It was time to strike while the iron was hot. After all, if I had arrived five minutes later this guy would have been gone and I would have been none the wiser. Fate had taken me this far; it was now up to me to make this work. As my main man Seneca used to say…‘Luck is what happens when preparation meets opportunity. Seneca (ca. 4 BC – 65 AD; Roman philosopher, dramatist, and writer).

After our chance introduction, we quickly put the meat on the bones to the story. A week later, after seven nights of incessant writing and cheap wine, we finally shook hands at the airport. I had an expiring American visa in my passport and a pre-booked flight to Australia to catch.

As I watched the LA lights disappear below me from my economy bucket seat, I flipped open my laptop and started to work on what could be the one thing I was out there searching for. The aptly titled…The Grass is Always Greener.’

Where this journey was about to take me, I guess we were about to find out…

For the second part of Alister’s story, click here.