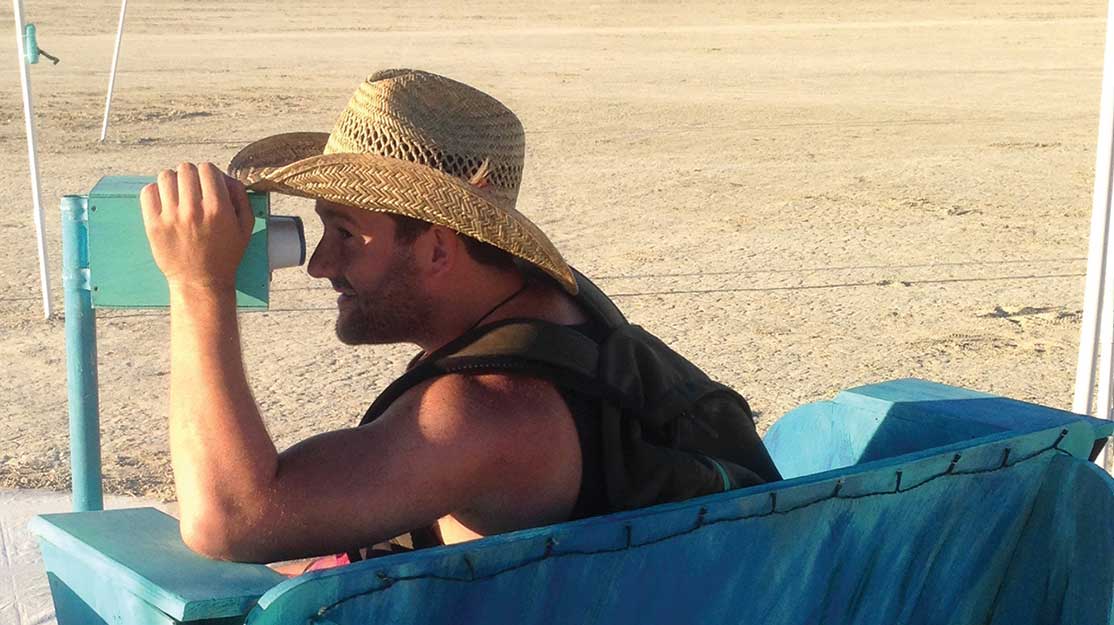 I hit the keys on my laptop with renewed vigour the day after the Gervais incident at the Academy. Maybe leaving everything behind in the UK and taking a risk was actually going to pan out. I emailed Ricky’s agent first thing in the morning and explained what had happened the previous night, that the big man himself said he would need to see my script – his words, not mine, lady!

Alas, the news was broken to me that, due to intellectual property rules and subsequent legal concerns, Ricky didn’t look at anyone else’s work. If he did get some outside assistance then maybe he wouldn’t have wasted his time on Derek, but that’s just my opinion.

Gervais’s agent was perfectly polite while deflating my dreams and wished me well on my impossible mission. She even told me to keep in touch if I managed to garner any interested parties in LA. Having been a DJ for 20 years, I know a lot about parties; very few of them are interesting.

So what had I actually learnt from my Academy experience? For one thing, I must have wanted this pretty badly. To be willing to embarrass myself in front of hundreds of people in the hope that someone might ‘get’ what I was doing, both literally and figuratively, was not normal behaviour for me. In many ways, I was living the same story as the main character in my script – leaving a mundane life to take a shot at Hollywood, to walk the walk instead of just talking the talk in an English pub. Technically, I was still spending a lot of time in pubs, but they were on the other side of the world and nothing ever happens unless you make it happen.

I went back to the drawing board, hitting up friends and friends of friends who happily spoke to their friends. After a while, I began to build an intricate network of LA possibilities. When I say intricate, I mean a bloke called George spoke to his mate’s brother. You don’t get a bigger network than that! This guy was English too and actually chose which shows aired on a TV station. This surely had to work in my favour.

The meeting went far better than I expected. Sharing a mutual love of Peep Show, it was only ever going to end one way, or so I thought. Drinks were demolished, tales of daring were shared. Two English raconteurs were finally making each other’s acquaintance among the craziness of La-La Land.

To me, it was just as much about making a new friend as it was a business opportunity, as us Brits tend to come together when we are away from home. I exchanged my script with a firm handshake and we made loose plans to discuss the contents once he’d had a read through. I cycled off into the warm Santa Monica evening with hope restored that even if things didn’t work out, at least I had someone new to have a pint with.

A week passed and I’d heard nothing from my new friend, so I fired him an email to see if he fancied going for a beer. That’s what Englishmen do – we say we’re going out for a quiet drink, then come back two days later dressed in women’s clothes to a ‘Dear John’ letter from a now ex-girlfriend. It’s standard behaviour. But I had had no reply. Fair enough, I thought, everyone’s busy. I left a phone message, then a social media message (which I know he read) and that was it. I never heard from him again.

I’d been dumped. I’d been dumped after only one date, a one-night man-stand. I felt used, mostly because I’d paid for the meal and all the beers on our first and only night out. Is this what Hollywood was all about? Man-dates with no replies, brushed aside like there was no connection between us. What about Peep Show? What about us both living in the same area of London at completely different times? What about our one mutual friend? Did this mean nothing to him?

Then it dawned on me that all of my ‘nearly’ moments had really just been dead ends, but my overexcitement had made me too blind to see it. Maybe LA was just a series of people walking into rooms, saying stuff and then walking out without a second thought. Now even the English were doing it!

I didn’t have time to wallow in self-pity, though, as I’d just been commissioned to write about the surreal sights and sounds of Burning Man, the tripped-out seven-day festival in the Nevada desert. It was unquestionably an amazing experience, but also an expensive one, which is quite weird considering you can’t spend any money there.

I managed to crash my motorhome into a petrol pump in Reno when startled by a meth head as the sun rose at 5am on the return journey. He had the good grace to apologise, but the damage had been done. With the repairs sending my bank balance to zero and my US visa running out, I knew it was time to head home and face the music. After seven months in LA trying to build a career and seven days in the desert trying to find my soul, I realised I had pushed myself to the very limit, both financially and metaphysically.

I arrived back in the UK three days before my 40th birthday. Having sold all my possessions on a hope and a prayer, I was back at my parents’ house in the same room I had slept in as a teenager. No job, no money, just the shirt on my back and a half-written script for a TV show that would probably never be made. Was this the end? Had I regressed to the life of a teenager at the age of 40? Was this the straight-to-Betamax version of Big 2? Of course not – because where there’s a will, there’s a way.

After some seriously creative tweaking of my CV, I suddenly found myself sat at a desk writing for one of the biggest blue-chip companies in the world. I’d gone from the gutter to the stars, if you can call ‘the stars’ mainlining caffeine while breaking in football boots and attending endless meetings about meetings. I recognised a few faces who worked there as I wandered the halls of power in a daze. Jaws dropped as they mouthed, ‘What the fuck are you doing here?’ – and I had to admit, I wasn’t quite sure how I’d pulled it off myself. I kept my head down, my caffeine levels up and powered through the variety of mundane tasks with gusto. I asked the wrong questions at the right times and finally learnt to say nothing. This was pretty easy though, as I really did know nothing.

Blue-chip pay is premium, which was gratefully received as my usual dealings with chips generally revolved around salt and vinegar. As my bank balance grew and my contract ran down, I was unsure of my next move.

Did I just blindly head back to LA and hope for the best, knowing my last trip had cost me five figures and a side helping of heartache? I’d worked on a few new ideas and now had a body of work that could impress an agent in Hollywood. But was Round Two really a good idea, even after bumping into Apollo Creed in Staples?

Then I received a call out of the blue from a long-lost family associate in Asia. Was I still interested in breaking into the movie business? Did I still write scripts? After answering affirmatively and sending over a few examples of my writing, a bucket flight was booked to meet a top Hollywood producer who was planning to start a big project in the Far East. It was totally unbelievable, yet totally true.

In the past 18 months I’d chased my dreams across America in a bright yellow convertible, written a film treatment while living in Sydney, spent seven months hustling in Hollywood, pitched to Ricky Gervais at an Academy theatre, lost my money and mind at Burning Man and blagged my way into a blue-chip company – and now I was being flown across the world to discuss writing a film with a Hollywood producer.

What had I actually achieved during this crazy year-and-a-half? Quite frankly, nothing. All of the above ‘achievements’ hadn’t provided anything of substance and I still wasn’t sure if I had what it took to make it as a film writer. It seemed that luck would play just as big a part in my future as judgement, and here I was again, on a flight into the unknown on a hope and a prayer.

I had absolutely no idea where this latest twist of fate would take me, but I was willing to give it a shot. Life was now all about living for the moment, taking risks and not being scared of trying to make something happen. Even if a lot of the time it just ended in me making a spectacle of myself.