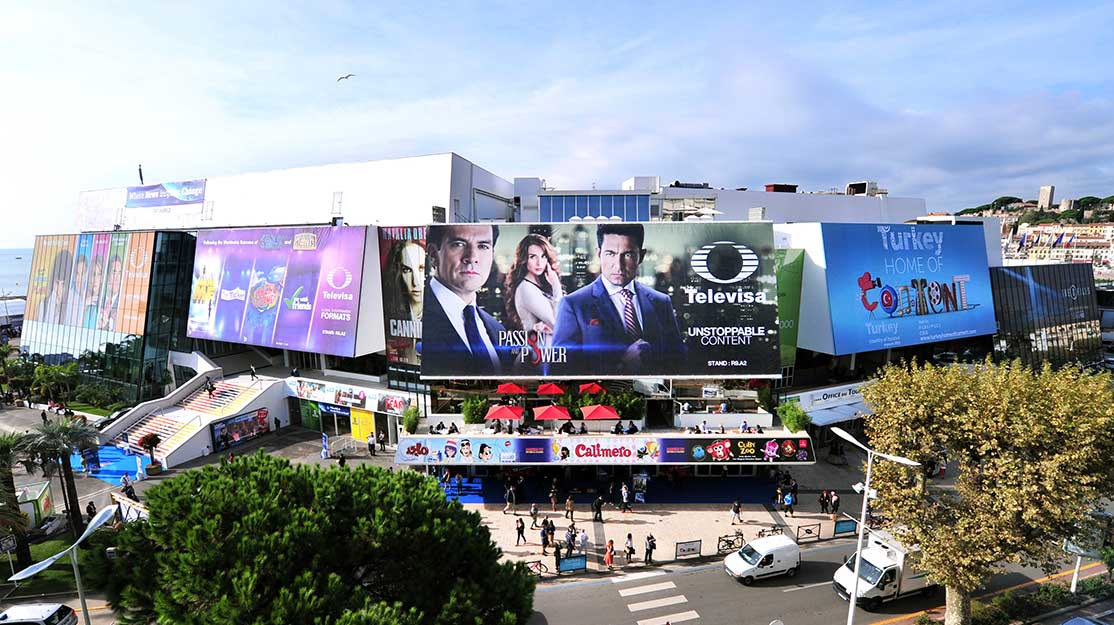 Michael Pickard reflects on Mipcom 2015 and finds that while the huge supply of television drama shows no sign of abating, the business is getting much more complicated.

Was this it? Was this the peak of the latest golden age of television drama? Walking through Cannes this week for the annual Mipcom market, it was difficult to imagine what the next step might look like. What could possibly be around the corner that would make Mipcom 2015 look like a mere stepping stone to an even higher standard – a platinum age?

The evidence was there from day one, or more precisely, 08.00 on day one when hundreds of television executives took every last seat inside a screening room at the Majestic hotel to watch ITV Studios Global Entertainment’s flagship new series, Beowulf: Return to the Shieldlands.

This was the morning after the world premiere the night before of The Art of More, US VoD platform Crackle’s first foray into original drama that distributor Sony Pictures Television later revealed had been sold to 25 territories around the world.

Many of the on-screen stars were also in Cannes to support their shows. Dennis Quaid and Kate Bosworth were on La Croisette to support The Art of More; Kieran Bew, Joanne Whalley and Ed Speelers championed Beowulf; Game of Thrones’ Iain Glen was promoting his new Australian drama Cleverman; and Stephen Rea and Tuppence Middleton spoke on stage during a session for the BBC’s epic new period drama War and Peace.

Shiri Appleby and Constance Zimmer also flew into Cannes from the US to promote their Lifetime drama UnREAL, which is sold by A+E Networks, while Riley Keogh was talking about The Girlfriend Experience.

As the market played out, there were also no end of programming deals done and new partnerships formed. SundanceTV joined Sky and Canal+ as a coproduction partner on The Last Panthers, A&E picked up The Frankenstein Chronicles, Globo Brazil’s La Fiesta (The Party) travelled to buyers across Latin America, Asia and Europe, while Ale Kino+ in Poland grabbed rights to Franco-Norwegian political thriller Occupied.

Elsewhere, Germany’s ZDF landed The Missing, Finland’s YLE picked up Mr Robot (arguably one of the most sought-after series at this year’s market), France Télévisions added police drama No Offence and TF1 came on board RTL’s Hitler biopic. There were also more sales for Cold War series Deutschland 83.

But perhaps the deal of the market was pulled off by Israel’s Keshet International, which sold new eight-parter False Flag to Fox International Channels – the first time the broadcast group has picked up a foreign–language series for its global network.

The Palais itself (main image) and the nearby hotels were adorned in billboards promoting drama from around the world. The next big entertainment format might have been there too – it was hard to see.

But we knew this already. We knew there is more original drama being produced around the world than ever before and that audiences have an apparently insatiable appetite to immerse themselves in story. And we knew that, thanks to FX Networks chief John Landgraf’s summer briefing that sparked ongoing debate, this content bubble might burst in the next couple of years. Viewers might never have it so good again.

So despite the glut of international productions being pitched to potential buyers, new challenges emerged. In particular, the necessity for broadcasters to have on-demand and catch-up rights as well as linear is proving a tricky hurdle during negotiations.

During one panel highlighting buyers’ needs, Katie Keenan, head of acquisitions for Channel 5 and Viacom UK, said: “One of the biggest challenges for us at the moment is the ability to give our viewers the access when and where they want it. That’s a key focus for me.”

Jason Simms, senior VP of global acquisitions for Fox International Channels, echoed: “It’s not just the rights but where and how you can watch it. Buying wasn’t rocket science when I first started but it’s getting closer because of the technology. You have to keep on top of it.”

However, Jakob Mejlhede, exec VP of European broadcast giant Modern Times Group’s programming and content development, plotted a different course: “We want to secure good, strong catch-up rights but, having an SVoD service, it’s also in our interest that we guide our users behind the subscription window. It’s not in our interest to have a very long catch-up, we want a couple of weeks and then to bring them behind the subscription window.”

Mejlhede went on to say that although there’s plenty of demand for drama, the supply is perhaps too high: “There’s so much I can’t figure out what’s out there and what I haven’t watched. I think it may slow down a little bit.”

And, ultimately, it doesn’t matter how many dramas are available on the international market if the type of show you’re looking for isn’t there.

Mejlhede continued: “Generally there’s big difference between linear and online viewing. On linear, there’s a shortage of the good old procedurals. The last big launch we had was The Mentalist. Online, there’s much more room for experiments and serialised shows.”

Television drama continues to dazzle and amaze with fresh and innovative storylines, backed up by bigger budgets that are needed to create new, fantastical characters and the worlds they live in. Indeed, we’re running out of precious metals to describe the times the genre is living in.

If a show is good enough, it will always find a home, particularly now in the age of VoD platforms such as Netflix, Amazon and Hulu. But they can’t buy everything, and if traditional broadcasters can’t find the show that fits their need, or win the rights they want to go with it, we could see either a downturn in production, more development deals between broadcasters eager to own rights from the start, or a mixture of both. We’ll have to wait until Mipcom 2016 to find out how this drama plays out.