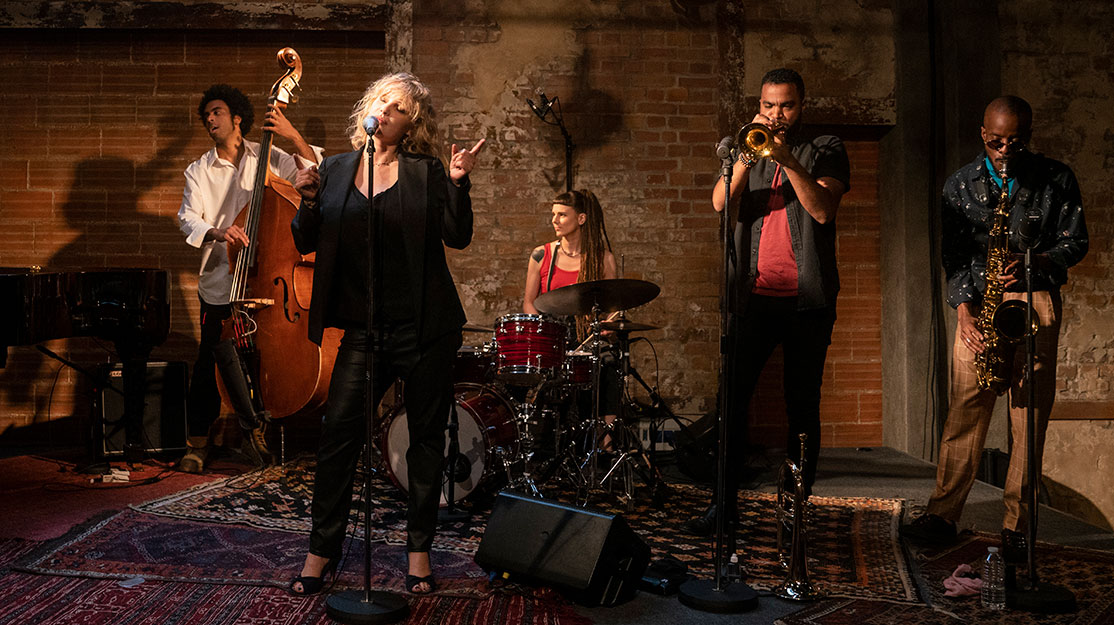 With television now well and truly matching the star power of the movie business, DQ runs the rule over the TV series getting red-carpet premieres at the Berlin International Film Festival, which kicks off today.

As the Berlin International Film Festival, aka the Berlinale, begins today, the red carpet will be rolled out for screen stars from all over the world. But it’s not just the movies that will be celebrated over the next 11 days.

For the past few years, television has played an increasingly important and visible part of the annual event, which is celebrating its 70th anniversary in 2020. This year will be no different, with eight series – from Australia, Austria, Canada, Denmark, France, Germany, the UK and the US – enjoying world or international premieres.

The Berlinale Series strand will introduce shows that feature representations of various communities, sexual identities and new perspectives on the world today, while the selection also plays vividly with ideas of television style, structure and tone.

First up will be Dispatches from Elsewhere, the AMC series starring Jason Segel, Eve Lindley, Sally Field, André Benjamin and Richard E Grant. Creator Segel (How I Met Your Mother, Forgetting Sarah Marshall) also co-directs the series, in which an enigmatic institute promises a chosen few an escape from everyday life into a world full of beauty and magic. But is this a game, an alternative reality or a conspiracy? And what are those taking part risking?

From Canada is C’est comme ça que je t’aime (Happily Married), which is set in Quebec in 1974. The drama tells the story of two couples who send their kids off to camp for three weeks. With their children away, things quickly turn uncomfortable for the couples and cracks start to appear in the facades of their relationships. The series was created by François Létourneau, who also stars alongside Patrice Robitaille, Marilyn Castonguay, Karine Gonthier-Hyndman and Sophie Desmarais. Joanne Forgues is the showrunner on the programme, which  was commissioned by Radio-Canada Télé and Tou.Tv Extra.

British entry Trigonometry focuses on a couple who take in a lodger. The trio fall in love together and start up a three-way relationship – but can it possibly work out? The BBC and HBO Max series was created by Duncan Macmillan and Effie Woods, with Thalissa Teixeira, Gary Carr and Ariane Labed playing the central trio. Athina Rachel Tsangari and Stella Corradi are the directors.

Also due to premiere at Berlinale is the second season of Australian drama Mystery Road, which has added The Bridge star Sofia Helin to its cast. The ABC series, created by Ivan Sen, opens when a headless corpse is found floating by the shore of a remote outback town. As if this weren’t mysterious enough, Detective Swan and his colleague Fran have to contend with protests against the excavation of an Indigenous site. And then another body turns up. Aaron Pedersen returns as Detective Swan, alongside actors Jada Alberts and Callan Mulvey. The directors are Warwick Thornton and Wayne Blair.

Shortform drama Sex, from Denmark’s TV2, comprises six episodes with a total running time of 77 minutes and will be screened in its entirety at the festival. Created by Clara Mendes and directed by Amalie Næesby Fick, the show follows Catherine, a call-centre worker giving advice on sex and love but at a loss herself. After a kiss, she wants more from her colleague Selma. Her boyfriend Simon feels that what’s little is actually plenty. But what if that’s not enough? The cast includes Asta Kamma August, Jonathan Bergholdt Jørgensen, Nina Terese Rask and Sara Fanta Traore.

Stateless, another drama from ABC Australia, boasts an all-star cast led by Yvonne Strahovski (The Handmaid’s Tale), Jai Courtney, Asher Keddie, Fayssal Bazzi, Dominic West and Cate Blanchett, who co-creates and executive produces the six-part series. Directed by Emma Freeman and Jocelyn Moorhouse, it tells the story of four strangers whose lives collide at an immigration detention centre in the middle of the Australian desert. Elise McCredie and Tony Ayres co-created the series alongside Blanchett.

The final premiere will be Netflix’s upcoming musical drama The Eddy (pictured top), created by Jack Thorne (His Dark Materials) and Damien Chazelle, the Oscar-winning director of La La Land, who is also the lead director on the series. Bandleader Elliot is improvising his way through a complex score of problems: his Parisian jazz club The Eddy isn’t doing too well, while ruthless debt collectors are breathing down his neck – and then his teenage daughter Julie arrives from New York. The cast features André Holland, Joanna Kulig, Amandla Stenberg, Tahar Rahim, Leila Bekhti, Adil Dehbi and Benjamin Biolay.

Themes of macabre humour, female sexuality and an interconnected world will be on display through the eight shows, while the increasing trend for actors to be more deeply involved in series creation and development – notably Blanchett (Stateless) and Segel (Dispatches from Elsewhere) – is also apparent.

At a time when the distinction between movies and television is increasingly blurred, the focus Berlinale places on series marks it out from other film festivals around the world, though other events are now also pushing the small screen into the spotlight.

Meanwhile, numerous other screenings will also take place at the city’s Zoo Palast, with shows including Ukraine’s Hide & Seek,  Czech drama The Sleepers, Brazilian series Where My Heart Is, UK/New Zealand coproduction The Luminaries and Australia’s Total Control among them.