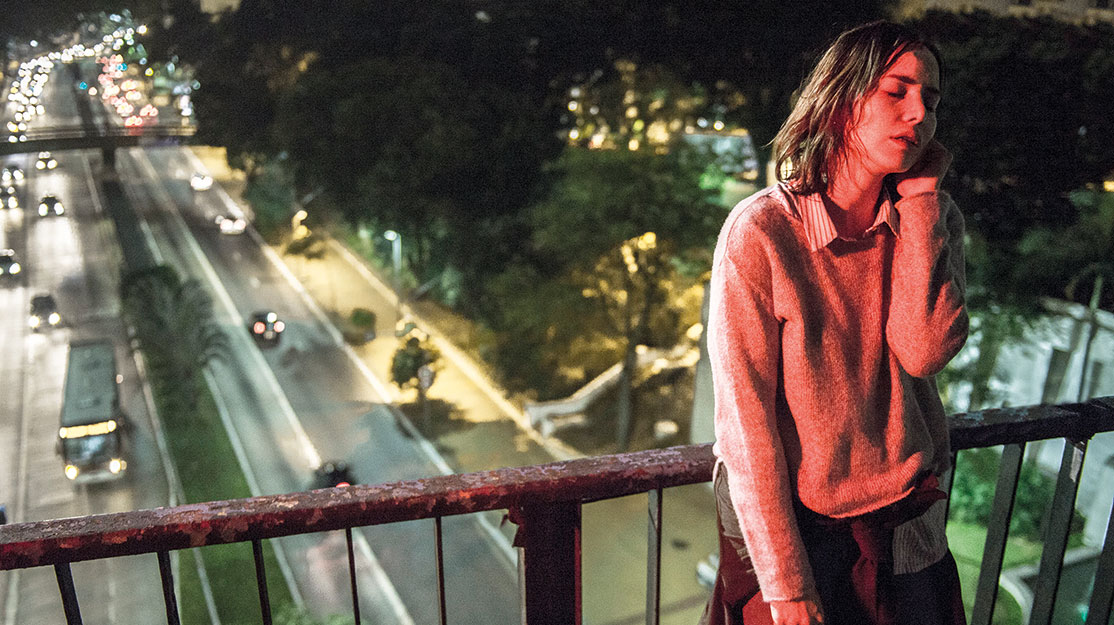 Brazilian drama Onde Está Meu Coração (Where My Heart Is) charts the struggle of a doctor battling a devastating drug addiction. Director Luisa Lima tells DQ about her intimate approach behind the camera.

Luisa Lima first joined Brazilian broadcaster Globo back in 2003 when she enrolled in its directing workshop. After working as an assistant director on series including Shades of Sin and The Sisters, she graduated to full directing duties on projects such as Irrational Heart, The Party and Land of the Strong.

She is now behind the camera on Onde Está Meu Coração (Where My Heart Is), the 10-part story of Amanda (Letícia Collin), a doctor who starts using crack cocaine to escape the pressures of her life. Struggling with an addiction that shatters her life and her family, she must decide whether to give up or fight her demons. The series is produced and distributed by Globo Studios.

Here, Lima tells DQ about joining the project, filming in São Paulo and the rising number of female directors in Brazil.

How were you chosen as the director of Where My Heart Is?
My partnership with writers George Moura and Sérgio Goldenberg goes way back. We worked together previously on Land of the Strong and The Party, and I love the human dilemmas they present in their scripts. The character arcs tend to be multi-layered and the characters grow throughout the story, in search of what eludes them and what they can’t understand.
In this project, the sensory element is very evident, along with the intimate personal dramas. I commit myself to shedding the tensions between our visible, surface relations and the world inside each of us.

Tell us about your directing style.
I’m constantly focused on analysing characters and trying to understand their issues, the hardships they face and their failures without ever judging them. With this show, we don’t go easy on drugs or romanticise drug use, but we do hope to spark empathy in our audience, particularly since the show depicts the struggles a family goes through when one of them is an addict.
I aim for visual simplicity and dramatic depth. I’ve been focusing more on the physicality of everything around Amanda, on the light, the sounds, the music and the spatial nature of the places she visits, her work environment, her parents’ home and São Paulo itself. There’s a great deal of camera movement.

How did you use São Paulo as the backdrop for the series?
The show’s aesthetic approach follows an emotional, psychological and sensory logic. It aims for a dramatic discourse in which we’re guided by Amanda’s family and subjectivity, stressing the volatility, lack of understanding and incompleteness of behaviours and the human/social condition.
We opt for an intimate, detail-oriented approach, even to the point of paranoia or self-reflection. We present a drama of fierce anguish, conflicts, relationship difficulties and the struggle of the conflicting desires for relief and destruction.
The locations contribute to the shaping of a world that’s cold and immaculate, as evidenced by Amanda’s brutalist conceptual flat. The imposing, terrifying scale of the hospital amplifies the sense of pressure experienced in the medical field, along with the simultaneously cruel and trivial nature of death as routine. The private crack house is a vast, labyrinthine apartment bearing traces of former wealth.

What was your experience of working on the series?
It was very rewarding to work with the idea that we were dealing with the point of view of a female protagonist, with a woman as the director.
The rise in the number of female directors in television is a relatively recent phenomenon. When I first came to Globo 16 years ago, there were very few of us. Things have changed, however, and we see more and more women in this position.
The very concept of the feminine takes on other meanings when narratives are shaped by women, since the handling of the feminine in television has nearly always been filtered through a male point of view. It is crucial for artistic discourse to give voice to all segments of society.

How has the role of the television director changed in recent years?
Plenty has changed in the time I’ve been at Globo, with the success of new formats, such as limited series and the growing female representation in this market. There’s a greater hunger for art and to be surprised, making TV a more visceral and thoughtful artistic laboratory – hopefully even a transformative one, capable of transforming society, the status quo, our humanity and contemporary life.

tagged in: Globo, Luisa Lima, Onde Está Meu Coração (Where My Heart Is)