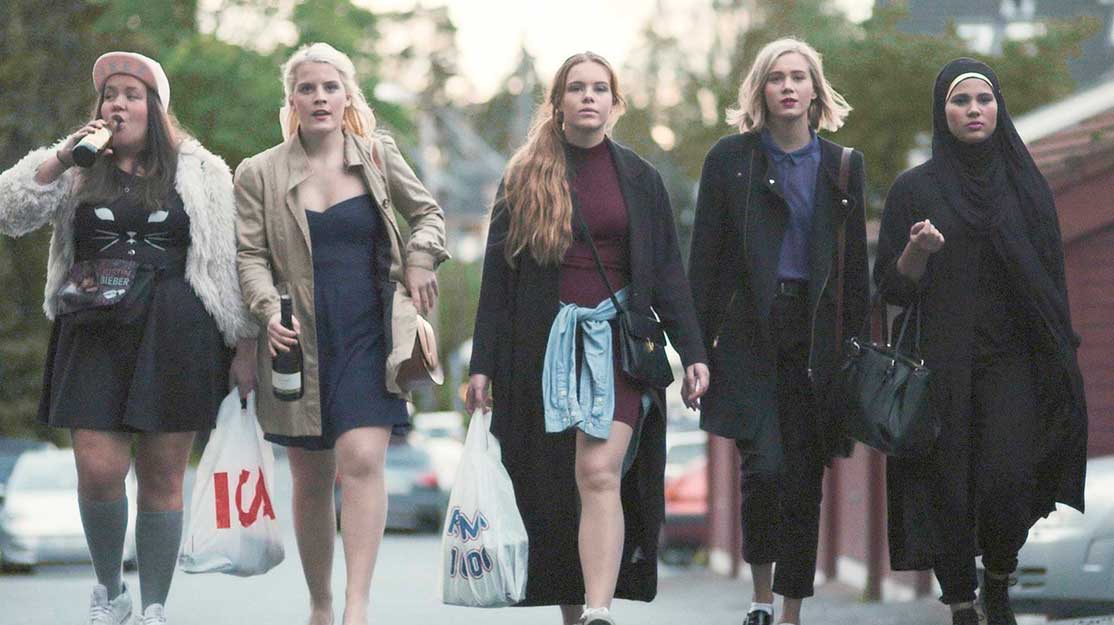 Vice Media CEO Shane Smith warned that broadcasters face extinction as they have failed to connect with young audiences or focus on the content they want to watch, opening the door to digital competitors.

It won’t have been news to executives gathered in the Scottish capital that traditional broadcasters face an uphill battle to win back viewers (of any age) lost to the world of anytime, anywhere viewing.

But some networks are fighting to reclaim this lost audience. One in particular, Norway’s NRK, has taken steps to target teenagers with a number of shows that appeal directly to them and the issues they face.

Among them is Shame (aka Skam), which returns for its third season this autumn. Described as a mix between a traditional drama and a blog, it follows a cast of teenage characters as they navigate life at home and at school. Drawing parallels to British teen drama Skins, each season of Shame centres on a different main character, telling their story from their perspective.

Individual scenes from the web series, lasting up to three minutes, are broadcast daily at different times on p3.no, before they are compiled into longer 15- to 25-minute episodes every Friday. It also airs on linear TV on NRK3 and is distributed internationally by Beta Film.

In season one, Shame centres on 16-year-old Eva and her friends Chris, Sana, Vilde and Noora, who are all first-year students at Hartvig Nissen High School. The series follows the girls through their Russ celebration planning, heartbreak, parties and all the challenges young people face as they begin high school.

Creator Julie Andem had previously made shows for NRK, including Girls, which was aimed at girls aged seven to 12. It was such a big success that the broadcaster asked her if she could write a show for a slightly older audience, specifically 16-year-old girls.

“That audience wasn’t watching NRK at the time, they were only watching Netflix and HBO and big international drama series,” she explains. “We did five or six months of research, conducting interviews and reading articles and trying to understand who they were. Also, because we knew this production would be low budget, we couldn’t really compete with Breaking Bad and Game of Thrones, which we knew they were already following. But [the research gave us] an advantage – now we know who they are, the culture they grew up in, what they watched on television when they were children, where they go on holiday and what they eat for dinner. We know all about Norwegian culture.”

Norwegian teenagers watch a lot of video online, and almost never tune into terrestrial TV, Andem’s research found. They also watch a lot of different shows and happily turn over if something doesn’t grab their attention within the first few minutes.

“So we knew we had to make something that would catch their attention quickly and something that they thought of as true,” she says. “It had to have truth and honesty about their own culture, something they hadn’t seen anywhere before and couldn’t get anywhere else. They had to relate to it and identify with it more than any other series. So that’s what we tried to do.”

The writing process began with the creation of nine characters, each with their own story that speaks to contemporary teens. Andem also leant on the personalities of the actors to bring the characters to life.

“Every character has a specific task,” she explains. “They have something they are supposed to learn. So when I found in the research what sort of topics the target group needed or wanted to know more about, I created characters that would [reflect them] on screen.”

Andem says the best part about writing online drama is the lack of time limits, allowing for episodes to be 14 minutes or 40 minutes long and everything in between. And because the show is set in real-time, storylines set on the first day of school or on Christmas Day are released on those exact days.

“That’s both a challenge and a lot of fun because you have to be up to date on what’s happening in the beginning of the season,” the writer/director admits. “You have to know when schools have holidays and you have to write that in the storyline at that exact time.”

To make matters more complicated, the characters can also be followed across social media, extending the character relationships across Facebook, Twitter and Instagram, and via text messages.

“Nothing will ever happen on Instagram that has consequences for the storyline, so you don’t have to follow them,” Andem adds, “but it’s a good way to give them more of the characters without necessarily putting it in the story. Viewers can get closer to the characters because they follow them and can comment on their pictures.

“It’s a lot of work, but the audience love it and it’s very good promotion – on social media it spreads on its own. We have 10 or 11 different Instagram accounts for the different characters, and most of them have thousands of followers.”

The use of social media and the real-time setting gives Shame the authenticity and realism it set out to achieve, but Andem is also quick to point out that the show is still a drama at its heart – and striking a balance between realism and drama is one of her trickiest tasks.

“Since Girls, we’ve always had one rule – there is no rule. We do the best for the scene and we do it as simply as possible. We don’t try to overdo it. Shame has a lot of social realism but we also have a lot of humour. Some scenes we shoot more in a sitcom way to get the humour out. Then other scenes we just follow the characters closely like in a documentary.”

With nine lead characters to follow, it might seem like it would make sense for Shame’s current ninth season to be its last. But Andem says that, with characters coming and going all the time, it would be easy to take the series further.

The show’s creator is convinced that heading online is the best way to serve teenage audiences, though the viewing figures suggest it’s not 16-year-old girls tuning into the daily scenes and weekly episodes as they drop.

“The target group is girls aged 16 and in Norway there’s around 60,000 of those. We had 1.3 million viewers at one point in season two, so more and more people were watching it,” she reveals. “It’s almost like a blog combined with a drama series. We reveal it scene by scene, not episode by episode. It’s a different way of following and a different way of watching television. But I have to create a lot of cliffhangers!”