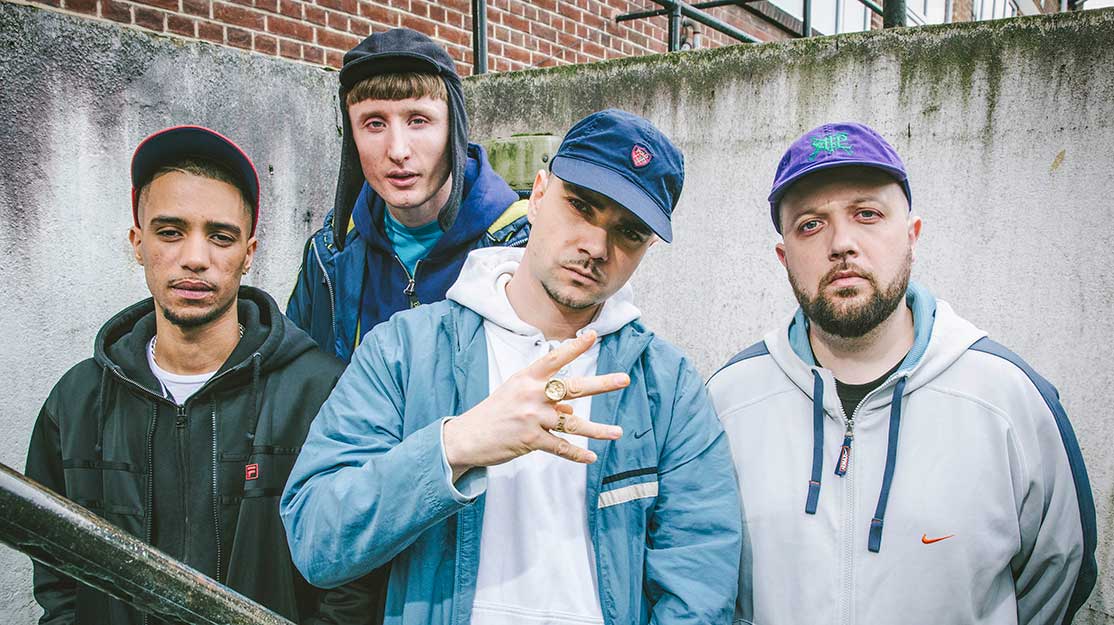 Now in its third season, People Just Do Nothing has come a long way from its YouTube roots. Continuing our Digital Drama Season, DQ chats to series producer Jon Petrie about why he tuned into Kurupt FM.

Though it is firmly rooted on the comedy side of the scripted television spectrum, People Just Do Nothing can be hailed as a great example of a shortform series finding its way into the mainstream.

The mockumentary series began life in 2010 as a series of YouTube episodes – largely improvised and without a script – that introduced viewers to the lives of MC Grindah and DJ Beats, who run pirate radio station Kurupt FM in West London.

However, it was when the show caught the attention of Roughcut TV producer Jon Petrie that the show was put on the fast track to the television success it enjoys today.

The BBC commissioned a pilot episode in 2012 as part of its Comedy Feeds strand, which aims to showcase new talent, and from there, a full series was commissioned. It became the first show to premiere exclusively on BBC iPlayer when the four-part first season debuted in July 2014, before episodes were repeated on terrestrial BBC2 the following month.

A five-part second season aired in July 2015, before the BBC announced it had ordered third and fourth seasons, both consisting of six episodes. Season three debuted earlier this month as part of the new online-only BBC3, with repeats again landing on BBC2, and season four will air next year.

Speaking about the show becoming the first BBC iPlayer exclusive, Petrie notes: “They had a big following with their YouTube stuff so it totally made sense. This [third] season is about just trying to get it to a bigger audience. We’ve tried to make efforts to broaden it out a tiny bit without losing the heart of what makes the show special.

“I certainly think the reason people came to it was the garage music, so you get diehard fans, and the advantage of those people is they spread word of mouth. But because there’s a lot of people who don’t like garage music, the battle is trying to convince them that’s part of the show but that it’s really about family and not wanting to grow up.”

Petrie was running a comedy film night that showcased videos under three minutes long when he was sent the People Just Do Nothing clips by Asim Chaudhry (who plays Chabuddy G), who created, writes and stars in the show alongside Allan Mustafa (MC Grindah), Steve Stamp (Steves) and Hugo Chegwin (DJ Beats).

Though the eight-minute films were too long to screen, Petrie says they immediately struck a chord with him. “The characters were really strong,” he explains. “Although I knew nothing about garage music at the time, I felt like I knew people like the people portrayed in the show.”

Petrie shared it with Roughcut MD Ash Atalla, who produced The Office, and then set about piecing together a four-minute showreel to shop around to the networks. The BBC happily ordered a pilot.

Then came arguably the biggest challenge of the development process. People Just Do Nothing relied heavily on improvisation, without piecing together the kind of script the BBC now wanted.

“Steve is a brilliant writer but we didn’t know this was the case before we started because they’d never written anything down,” Petrie reveals. “Before scenes, Steve would write down any lines that made him laugh but he didn’t have structure or anything. Luckily he’s an amazing scriptwriter and the boys are really good at improvisation and they have great ideas.

“Obviously they were very nervous about giving their baby over and we had to reassure them they were very much in control and that it was our job to try and help shape it and point them in the right direction.”

Petrie talks about going on a “voyage of discovery” with the Kurupt FM team and admits they didn’t get every decision right from the start.

“My job was just sitting down with them, working out the characters and the little tweaks we made,” he explains. “We felt that Beatz and Grinder were a bit too similar in the YouTube stuff and we needed to differentiate them. We certainly didn’t get it right first time. They wanted to go a slightly different way with the direction and when we got the first season, they weren’t entirely happy with the look of the pilot but luckily we were able to make more.

“What we kept saying is with the scripts, we’ve got a safety net there. If it’s just not working, you can always improvise. And we always encourage them to improv but it’s just knowing when you go into filming that there’s something there that feels funny on the page. The advantage with those guys is that, because they improvise so much, you get loads more jokes on top when you record it. When we first go into the edit, our episodes are about an hour long, so a lot of time is spent chopping it down a bit and it means you get these moments of comic brilliance we hadn’t anticipated. The challenge is trying to fit them in.”

With the People Just Do Nothing creators having authored their own show on YouTube, Petrie says it was important their voice remained at the heart of the show.

“That’s why it’s so special, it’s so authored,” he admits. “They’re just very conscious of who their fans are and staying true to what the show is. Sometimes some of the sillier stuff might come from people like Chubuddy or Miche (Lily Brazier), who you have more licence to go silly with. It’s important the pirate radio stuff feels real and believable.”

The discovery of People Just Do Nothing is testament to Roughcut’s early recognition of YouTube as a hotbed of untapped television talent. And as digital becomes more ingrained in mainstream television, Petrie believes the show’s Bafta nomination earlier this year gives its path to television a welcome boost of credibility.

“It was important for the boys because it made them sit up and realise people were noticing them,” he adds. “Sometimes it’s quite hard bringing critics to the show because a lot of them just think it’s about pirate radio or garage music and it’s just a youth show. But the themes are way more universal. The Bafta nod really helps to get people to pay attention so they’ll be more likely to give it a chance – and it gives other people wanting to do the same journey confidence that it can be done.”