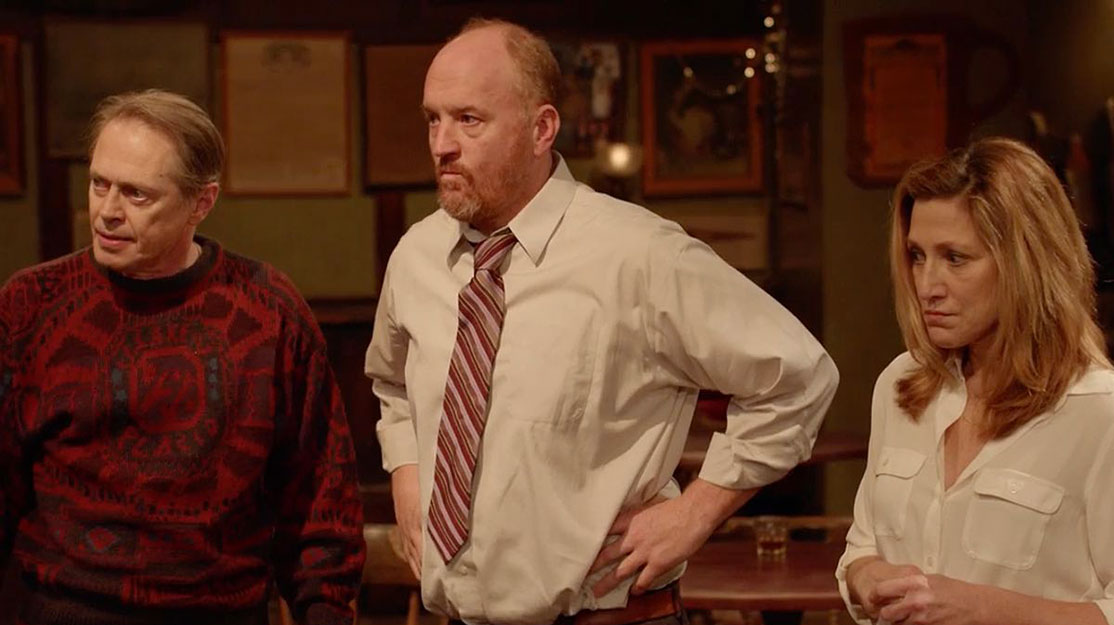 Is web the way forward?

Plenty of people are tuning into web series, but can digital ever replace television? As part of DQ’s Digital Drama Season, three industry insiders give their thoughts on the future of online drama.

Once derided for their poor production values, web series are now finding fans – and legitimacy – in the wider television landscape. Whether they are a source of new talent or offer creators a way to experiment with new characters or stories, the quality of many online series now rivals shows seen on broadcast and cable networks around the world.

But what are the challenges facing creators and producers online, and how can they turn a seven-minute clip into must-see viewing?

Earlier this year at industry meet-up MipTV, Kathleen Grace, chief creative officer at New Form Digital; Anne Santa Maria, a producer from France’s Taronja Prod; and Sam Toles, head of global content and distribution at Vimeo, discussed the potential of web series and whether they can ever overtake their terrestrial siblings.

Do you believe web series will be or can be the nouvelle vague in fiction?
KG: Definitely. In terms of production right now, people are shooting with smaller and faster cameras and there is definitely guerrilla shooting in many ways. But I also think about how audiences are discovering it and seeing it – it’s very different from traditional TV and film. A lot is based on your social media feed and the influence that algorithm programming has on your content. That changes how you produce and how you get your content marketed and discovered.

ST: The lines between web content and traditional content are blurring and we’re at the very beginning of something that’s a completely different paradigm in the content business. Traditionally, content is produced by a creator and then given over to a distribution network, whether that’s a channel, a distributor or some third party that then transmits it to the audience. What’s most interesting about digital is actually those three worlds have combined – the creator, the audience and the platform. If you don’t have punch points between the audience and the creator, where they feel an actual relationship or kinship with the person producing the content, the content will not be authentic and it will not be successful. That doesn’t matter if it’s in an ad context or a premium context. People wish to feel in this new social media world that they are connected personally with people who are delivering them content – and since they have infinite choice, the closer that personal connection, the more successful that content will be.

Do you think web series are only for young audiences, or can they compete for a larger audience or older demographics?
KG: Every morning, I spend the first 30 minutes of my day in bed consuming online video, through my Facebook feed, my Twitter feed and my email. And I don’t think I’m alone in my demographic in that; a lot of people do it, and a lot of people consume a ton of video on their phones. Do older demographics have a connection with YouTube talent or some other talent that the younger demographics do? No, but my sister-in-law is 42 and she’s obsessed with Horace and Pete[Louis CK’s web series, pictured top] – so it’s just about finding the passionate fans.

ST: YouTube’s white-hot core is the 13- to 14-year-old female demographic. Our platform [Vimeo] actually skews a little bit older. The average age is around 33 and is more heavily male. If you look at the kind of web series we’re producing, High Maintenance, for example, is the story of a marijuana dealer who deals with quirky New Yorkers and their eccentricities, and it’s somewhat X-rated. That was our first original programme and it’s now gone onto HBO.

ASM: There’s a greater and greater appetite for fiction and I think the big audience for broadcast traditional content are older than 50 years old, at least in France. It started with YouTube for younger audiences but our job is to make them curious about new narratives and their taste for fiction in general.

Do web series provide a world where anything is possible?
ST: It depends. If you’re making content for advertisers, there is no freedom. If you’re selling soap, toothpaste or Coca-Cola, you’ve got to conform to the norms of those brands and the brands [in the web space] are less progressive in many ways than they are in the linear world. For us as an ad-free platform, we are 100% about total creative freedom. You have to know where the funding is coming from and what that universe looks like – and when you’re dealing with advertisers and ad-supported platforms, that freedom can be limited.

KG: If High Maintenance had been put out on YouTube, it would have been flagged incessantly by the community and taken down. So there’s lots of creative freedom. You don’t have people giving notes but you always are going to get an active voice from your audience online and they are going to tell you when they think you suck – very loudly, with lots of feeling, over and over again.

Are web series only an extension of the television landscape, or can they have an impact on TV itself?
ASM: Public broadcasters in France had the curiosity to explore what’s on the web and decided they had to be a part of it. So television is curious about how you make web series, how you get viewers and increase viewing numbers. They’re also aware that the market is more competitive than ever and new platforms are coming up, so they realise they have to be part of the new agenda and this is how they have to be. It’s a great challenge for them.

ST: It’s actually the opposite – is television relevant in an era of web series and web content? I watch broadcasters jump into ‘online’ and what they do is offer extra footage from a reality show – ‘tune in for the stuff that wasn’t good enough to put on television’ – that’s the mentality. It doesn’t feel natural.

What could go wrong? Do web series have a highway to success, or are there obstacles on the road?
ST: The biggest challenge is monetisation. Ad monetisation and the nature of pre-roll [advertising] is rapidly coming to an end. The reason shows are 22 minutes long [in television] is because linear channels had to programme slots and advertising. That has been torn away. We’re still trying to serve pre-roll advertising in a digital context and it becomes less and less effective, in the same way advertising itself in television is becoming less effective. Producers have got to figure out how to generate income to continue making their businesses work and to grow and ultimately yield return to the people investing in them. That is not an easy thing. I applaud anyone who has jumped into this world and is creating content for the digital medium because margins are tight and the content has to be produced on ridiculously low budgets – yet I still look at a show like Oscars or High Maintenance or The Outs and the quality is equal to or better than what you find on television. More importantly, it’s more interesting, it’s more dynamic and it will be the future. We just have to figure out how we make more money with it.

KG: The biggest challenge is we don’t know how to find a hit yet. What’s a hit when the world’s biggest YouTube personality has 47 million subscribers and nobody knows who he is and every 13-year-old boy is obsessed with him? It’s really hard to define a hit when audiences are so fragmented. Once we define a hit, monetisation will be much easier. You can be incredibly popular on Vimeo, you can be incredibly popular on these platforms and still feel like no-one knows who you are, even though you’re creatively successful and in some cases financially successful, you don’t feel like you have a hit. And it’s going to get tougher and tougher. There are lots of great shows on Netflix that people don’t watch.