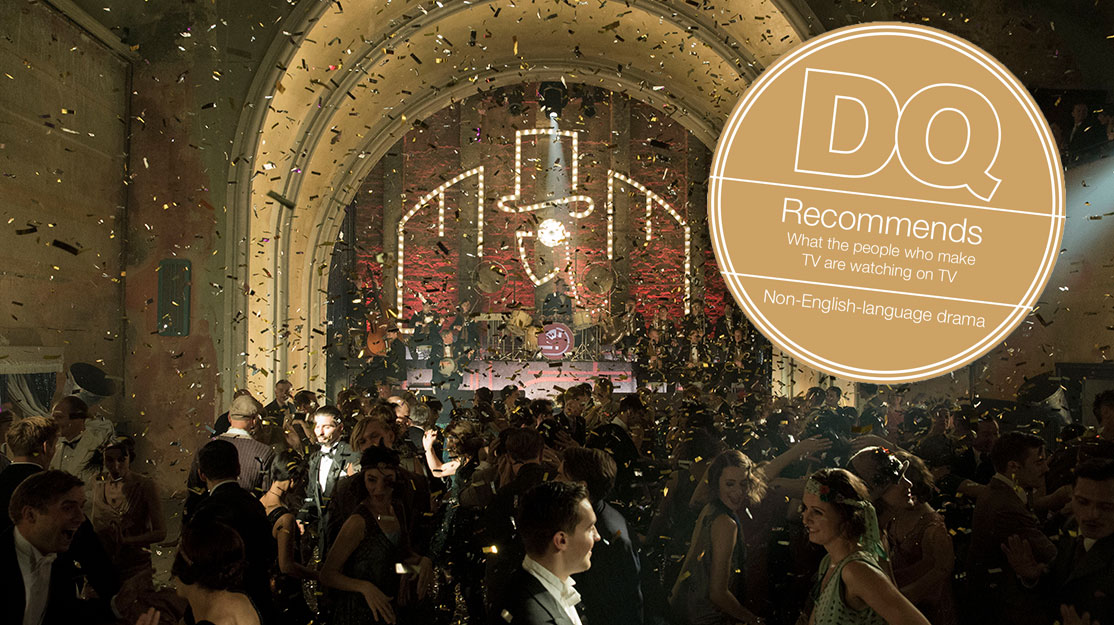 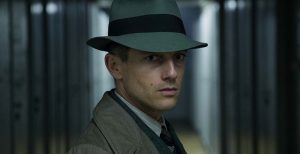 Babylon Berlin
The period crime drama, which enters its third season in January, is now on air in more than 100 territories worldwide, cementing its status among the flagship German dramas in this era of high-end television.
Combining classic genre hallmarks, a gripping story and standout direction with impeccable 1920s design, it introduces Volker Kutscher’s literary police inspector Gereon Rathe and a depiction of Berlin as a hotbed of drugs, politics, murder and sex.

Harvey L Myman, partner at Element 8 Entertainment, says the first two seasons of the series “still haunt the imagination and have us eagerly awaiting season three. It is great, complex and full of constantly surprising characters in a compelling mystery with a historical overlay. Just thinking about it has me wanting to watch it again.” 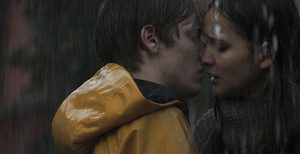 Dark
A Netflix series from Germany, Dark melds family drama with the supernatural as the disappearance of two young children in the present day exposes the double lives and fractured relationships within four families, with the story linked to events in the same town in 1986.
The series marked the streamer’s first original German drama, drawing comparisons to Twin Peaks and Stranger Things for its slow-burning central mystery, with a second season due in 2020.

“I was late to the party, but I have become a big fan of Dark,” says Dan Cohen, Paramount’s president of worldwide television distribution. “It’s different in a very compelling way.”

The Lighthouse’s Hilary Salmon highlights the “terrific performances from a largely young cast, and an atmosphere so oppressive that it’s impossible not to go on watching. Plus it looks, sounds and is ‘dark,’ it so does what it says on the tin, which is always good.” 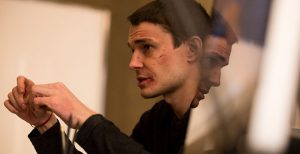 Trigger
This Russian series follows Artem, a Moscow-based psychologist who practices ‘provocative therapy.’ When a patient apparently commits suicide, he is held responsible and sent to prison. After being freed, he begins to rebuild his life by taking on a new case, trying to get his wife back, protecting his sister from her violent boyfriend and trying to uncover who really killed his patient.

“The narrative has been so well crafted, you can’t help but be swept into this world with everything that happens in the first episode,” says David Cormican from Canada’s Don Carmody Television.
“The main character’s crisp dialogue, cutting observations and inability to censor himself is what will keep audiences coming back to delve deeper into his mind, as he forces us to examine our own in reflection.” 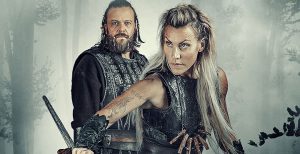 Norsemen
A Norwegian comedy about a group of Vikings living in the year 790, Norsemen stands out for the way numerous characters take centre stage as they face the challenges of day-to-day life and conflict, such as disputes with neighbouring villages. Filmed back-to-back in Norwegian and English, it first aired locally on NRK before Netflix picked up the English-language version for audiences worldwide.

Melissa Williamson, president of Pier 21 Films, notes: “With two young children at home, I came a little late to Norsemen, but fortunately it’s never too late to start watching this series. For every episode of Game of Thrones, one must watch two episodes of Norsemen. The talent in this series is truly unmatched and it’s funny as hell to boot.” 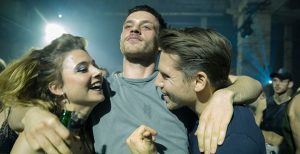 Beat
Opening With a stunning, singular tracking shot that follows Robert Schlag – aka ‘Beat’ – into a pulsating nightclub, this German Amazon series blends crime drama with the excesses of Berlin’s club culture. It follows Beat as he is put under pressure to work with the police and the secret service to investigate the discovery of two women’s bodies in his club.

Polly Williams, head of scripted drama at Entertainment One, describes Beat as “an original and gritty thriller with the best depiction of a nightclub ever in a TV series – a very fresh take on the genre with an exciting, wild streak.”