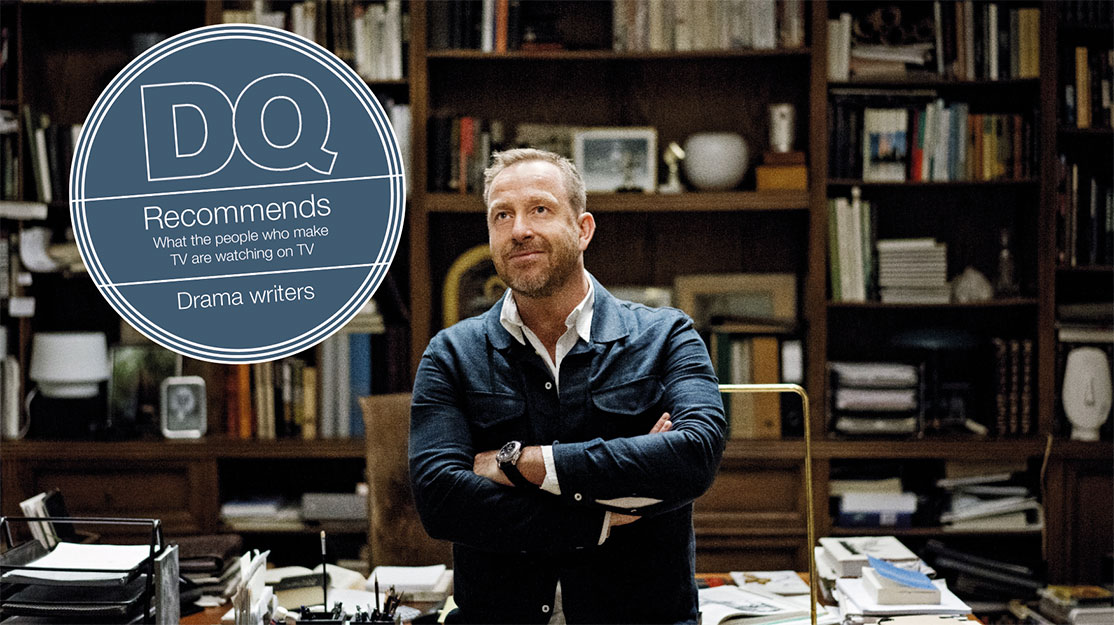 Adam Price
Known in his native Denmark for shows such as 30-something comedy drama Nikolaj og Julie, Price (also pictured top) burst onto the international scene with Bafta-winning political series Borgen and then Ride Upon the Storm, in which he tackled the subject of religion. His latest project, Netflix’s Ragnarok, imagines a battle between good and evil in a small Norwegian town.

Suvi Mansnerus, a producer from Finland’s YLE Drama, says: “I have always looked forward to his productions, ever since Borgen. His touch magically drives the story and his characters are the ones you love and hate at the same time but, no matter what, you stay on their side.”

John Logan
An Oscar-nominated screenwriter for films including Gladiator, The Aviator and Hugo, American writer Logan has an enviable CV that also includes Any Given Sunday, Star Trek: Nemesis and James Bond films Skyfall and Spectre. In television, he created and wrote fantasy horror series Penny Dreadful, and is also behind its return to television this year in the form of Penny Dreadful: City of Angels.

The Kettering Incident and The Gloaming creator Victoria Madden says: “I have a writer crush on John Logan. His body of work is consistently brilliant, with Penny Dreadful being one of my all-time favourite shows – I am totally hanging for City of Angels. But his whole body of work is incredible. I imagine one day I might sit in a writers room with him. But if not, I’d be happy to make the coffee.”

Brit Marling
American actor and writer Marling is known for films such as Another Earth and The East, but broke into television with Netflix mystery drama The OA, which she created with Zal Batmanglij. Marling also starred in the show as Prairie Johnson, who reappears following her disappearance seven years earlier, now calling herself ‘The OA’ and with her sight restored, having previously been blind.

The head of development and coproductions at Ukraine’s Film UA, Kateryna Vyshnevska, says: “I was heartbroken when The OA was cancelled. There are few writers who can conceive a whole new world in their heads and then deliver it convincingly so that it feels both real and like nothing we’ve seen in the real world.”

Russell T Davies
Twenty-one years after his seminal drama Queer as Folk first aired, Davies has cemented his status as one of television’s most in-demand writers. Responsible for bringing back Doctor Who in 2005, his other credits include Casanova, Cumcumber, A Very English Scandal and dystopian family drama Years & Years. His next project is Boys, which charts the joy and heartbreak of four friends during the 1980s.

Big Light Productions creative director Emily Feller says: “Years & Years was ambitious, entertaining and engaging. Russell creates characters I just want to be friends with, hang out with and listen to all the time. I love his writing.”

Laurie Nunn
Nunn is the creator of Netflix teen drama Sex Education, which follows Otis Milburn (Asa Butterfield), a socially awkward high-school student who lives with his sex therapist mother, Jean (Gillian Anderson). The setup sees Otis and friend Maeve start a sex clinic at school to capitalise on his talent for sex advice, though it is through the superbly cast ensemble of characters that the show is able to tackle a variety of subjects in both a serious and frequently hilarious fashion.

Lingo Pictures MD Helen Bowden (The Slap, Lambs of God) says: “Laurie Nunn has done a brilliant job of season two. She manages to make a surface of comedy explore much deeper issues. There’s nowhere she won’t go, and her characters are just divine. It’s an irresistible watch.”