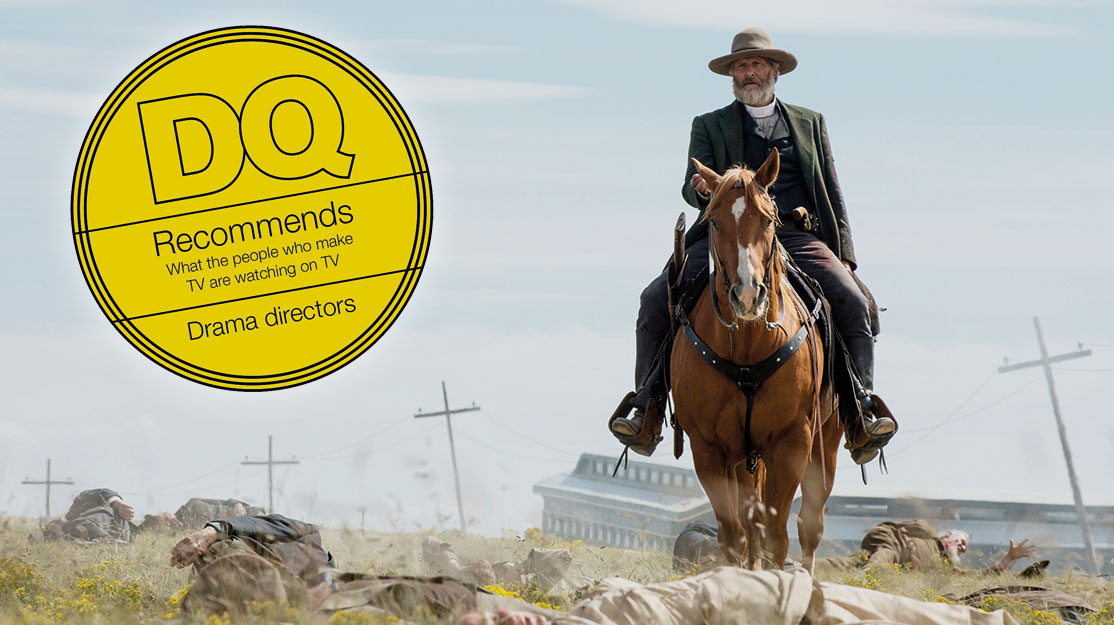 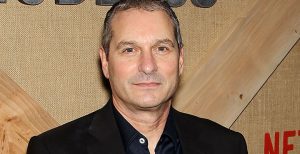 Scott Frank
Frank is the creator, writer and director behind Netflix miniseries Godless (pictured top), which trailed notorious criminal Frank Griffin (Jeff Daniels, right) and his gang of outlaws who are on a mission to get revenge against Roy Goode (Jack O’Connell), a former protégé who betrayed the brotherhood and seeks refuge in an isolated mining town governed mainly by women.
Frank made his directorial debut with 2008’s The Lookout, having also written screenplays for movies Get Shorty, Out of Sight, Minority Report, The Interpreter and Logan.

Nick Murphy, director of series such as Save Me and A Christmas Carol, says: “Not enough is made of Godless. If anybody out there hasn’t seen Godless on Netflix, they must watch it. It’s the most beautifully delivered series, with fresh writing and directing. The direction was the most surprising. I watch a lot of TV and with 95% of what I see, you can pause it at the beginning of the scene and I can tell you what they’re going to say and how it’s going to be shot.
“With Godless, Scott Frank always confounds my expectations as a director and the rhythms of the drama are not ones you would expect. He tees up where you think it’s going to go and gleefully takes it in a different direction. It’s like waggling the left hand because he knows he’s going to slap me with the right hand. That’s just fantastically effective, and the performances of the cast are flawless and remarkable.”

Ava Duvernay
Film and television director Duvernay (pictured left) has worked in both documentaries (13th) and drama (Queen Sugar) and successfully combined the two genres with fact-based Netflix miniseries When They See Us. The four-parter is a startling and uncompromising dramatisation of the notorious case of five teenagers of colour, labelled the Central Park Five, who were convicted of a rape they did not commit.

Drama executive Hilary Salmon says: “Ava DuVernay’s direction is always honest but also manages to make this tense, authentic and heart-breaking story beautiful to look at without losing any of its raw power.”

Irish actor Ruth Bradley, the star of Humans and Guilt, adds: “When They See Us is amazing. Ava DuVernay is just a genius. I watched it because of her, as I’m a massive fan, but I had also seen a documentary about the five men. To see how young those kids were and how appalling their treatment was, she’s amazing.” 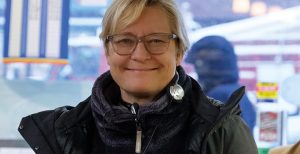 Kari Skogland
In a career spanning more than 25 years, Canadian director Skogland (above) has worked on some of the biggest drama series ever made, including The Handmaid’s Tale, The Walking Dead and House of Cards. More recently, she has shot episodes of supernatural drama The Rook, horror NOS4A2 and The Loudest Voice, Showtime’s exploration of Roger Ailes and Fox News. Skogland is now working on Disney+ series The Falcon & the Winter Soldier.

David Cormican of Don Carmody Television says of The Loudest Voice: “This is a masterclass in what a limited series should be. Incredible performances have been harnessed to powerfully transcend the celebrity of it all. Kari Skogland’s direction is fierce, pointed and unrelenting, anchoring and educating the viewers in the advent of fake news. It should stand as a cautionary tale to all of us.”

Melissa Williamson, president of Pier 21 Films, adds: “As a fellow Canadian, I’ve been following Kari’s career for quite some time, so I wasn’t surprised to see her name on one of my favourite series, The Loudest Voice. She’s a true international talent.”