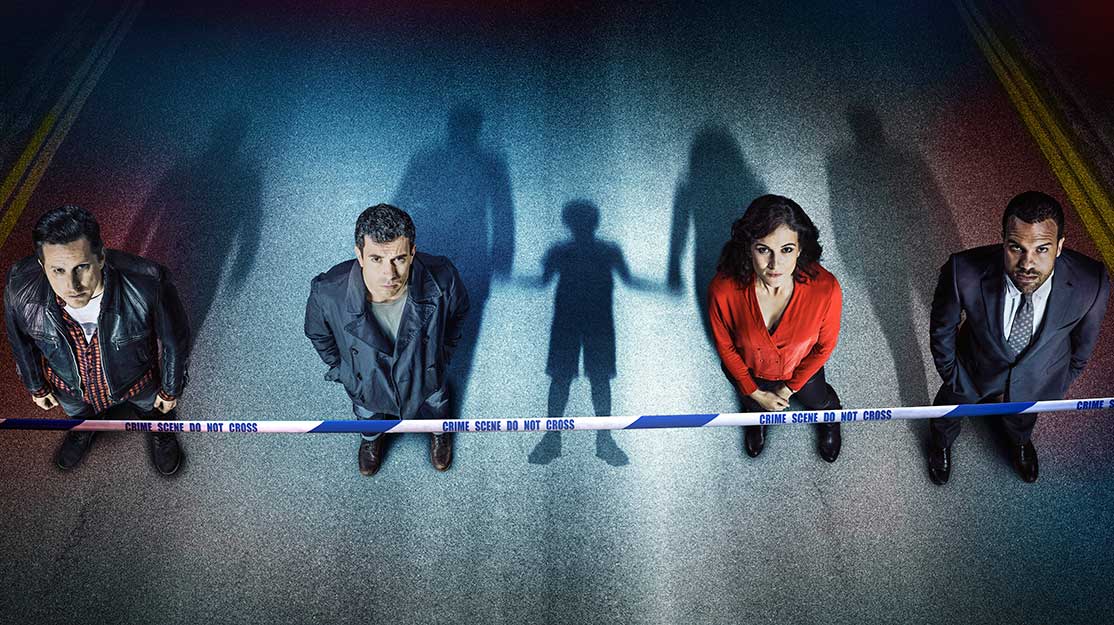 Director Mark Tonderai talks to Michael Pickard about helming every episode of new Sky1 drama The Five and finding inspiration from football managers.

A former radio DJ, Mark Tonderai made his name as a director in feature films – most notably 2012 thriller House at the End of the Street, starring a then relatively unknown Jennifer Lawrence (it was filmed before but released after The Hunger Games).

He’s now about to break out on the small screen after directing all 10 episodes of Sky1’s latest original drama, The Five.

The series, created by novelist Harlan Coben and with Danny Brocklehurst as lead writer, follows a group of friends who are haunted by the disappearance of a young child while he was in their care. Years later, they are forced to revisit their past when the missing boy’s DNA turns up at the scene of a murder.

It’s rare for a TV director to helm every episode of a single show, especially one that runs to 10 parts – still an unusually high number of episodes for a British drama.

“Most people don’t do 10 episodes. It’s a real ask,” Tonderai admits. “I come from features and it’s equivalent to three films. It’s a long time to shoot – it took over 127 days. It’s a massive deal.”

The director was initially brought on board to oversee three episodes of The Five, which launches tonight, but says the material and the team around him gave him the confidence to take on the whole season.

“You are only as good as your producer, and Karen Lewis has got a wonderful way of leading – she just lets you be,” he says. “I thought, ‘I could go into battle with this lady because, if I’m honest, she’s stronger than me.’ I had the right foundations to go forward, and I thought it would really help to have one person immersed in all of the creativeness.”

In particular, Tonderai says he was drawn to the project because he could relate to the idea of a group of people who haven’t been able to move on with their lives and are in a position in life where they don’t want to be.

“I lived like that for years,” he explains. “I used to put up posters in football stadiums. The job wasn’t beneath me but I didn’t want to be putting up posters in urinals in football stadiums. I wanted to be making films. That feeling of living in limbo, stasis and ambiguous grief that the characters have is where I was. It was a form of grief. So it was a combination of the material, the personnel involved and thinking I had to go for it because I might not get an opportunity to do all 10 with this sort of platform again. Sky were fantastic about it. It just felt like the right thing to do.”

“What you get is this rollercoaster where every episode is better than the one before. By the time you get to eight, nine and 10, you’re like, ‘Woah.’ It’s really good. I really believe that. I’m hoping that people just hook into it.”

He also praises Brocklehurst – “a really class writer” – who was one of the key contributors to what Tonderai describes as a “perfect storm” of talent behind the scenes.

“A lot of my inspiration for how to direct comes from football managers because they all have ways of getting the best out of their players. You need a strong philosophy and everyone has to buy into it. If they don’t, you get clashes. But if everyone does, and they know what’s going to happen and exactly how you’re going to do it, it’s OK.”

Tonderai gets a new tattoo after every job he does, this time choosing to have the words ‘Take a position’ inked on his skin. The phrase represents his directorial style on The Five, he explains, because “you have to do that in life and you have to do that when you film. You have to take a position. You can’t be mediocre, cute or middle of the road. We live in mediocrity. Take a position because if it’s wrong, it doesn’t matter.”

He adds: “Every moment in life is unique and I believe every scene should be unique. You look around and find the angles. That’s what we did with every scene, so it meant sometimes we used a whole lot of operating styles – steadicam, handheld, we used the crane a lot and filmed in widescreen as much as we could. We took a position.”

But the thing the director is most proud of? That everyone came to the wrap party. “It means everyone enjoyed the experience,” he says. “That’s a big deal to me. Everybody had a really good time on it.”

As a director, Tonderai’s career has been mostly in features, with one episode of Syfy drama 12 Monkeys also to his name. And he says the changing film business in the US prompted his move into television and the opportunity to join The Five.

“House at the End of the Street made US$66m – a lot of money. It only cost US$3.5m,” he reveals. “I couldn’t make that film now. That isn’t because I couldn’t get it made – the point is I couldn’t get it distributed. The whole distribution model has changed because studios now control a lot of release dates because of their blockbusters.

“We now have global releases, whereas five years ago you had this slow roll-out. So the nature of the film business has changed. Really you only get three sorts of films being made – low-budget horror, massive blockbuster and Oscar-bait, which actually is a genre now. The latter is only triggered by actors; you’ve got to get the right actors. So I started to realise that if I didn’t adapt, I was going to starve.”

The former BBC Radio 1 DJ, who helps his actors get into character by playing music on set, first looked to the US TV market but admits that once he broke through, “I hated it because you’re basically there just to collect footage. You have four days in the edit and you just work out what you’ve done.”

That led Tonderai to leave his LA home and return to England, where he says a television director is still central to the creative process. After The Five, his next step is to have ownership of the content he’s creating, either in television or film.

“There are lots of directors but very few storytellers,” he says. “David Fincher, Ang Lee – these people are allowed to tell their own stories. It’s very hard to be in that camp –writers who direct their own stuff – and that’s the space I want to be in. You have to earn that right and you can’t do too much of other people’s work. You’ve only got so much juice in the tank as a director.”

In particular, he’s passionate about stories from Africa that reflect his own heritage and is working on a project about asylum seekers travelling from the continent to Europe.

“I’m from Africa and I’m very passionate about African stories, but they don’t get a look in because they don’t sell, especially in America,” Tonderai notes. “I’m an immigrant over there. I’m there by their grace so this idea I went to America to better myself, my position and my standing is something I really relate to. So when I see all these people coming from Africa, all they want is a better life. They’re not coming here to steal our money, our jobs or our women; they want a better life for themselves and that strikes a chord with me.”

He adds: “But you’ve got to dress it up in genre or something else so people hook into it. The best example is (Neil Blomkamp’s 2009 sci-fi movie) District 9 – a fantastic film that uses allegory and metaphors to say something quite profound about Apartheid. That’s a space I would love to be in.”