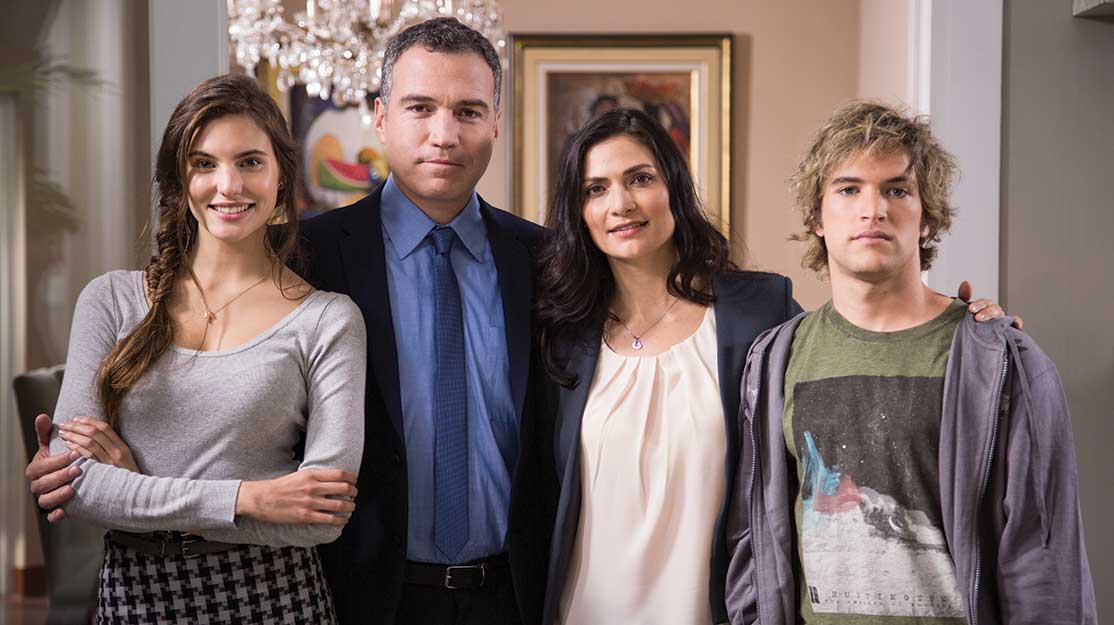 It’s the story of every parent’s worst nightmare – their child disappearing, never to be seen again. Only in El Regreso de Lucas (The Return of Lucas), the eponymous missing boy reappears as an adult 20 years later – or so he claims.

Therein starts a thrilling drama in which a family question whether this man really is their lost son and brother, while Lucas’s sister Catalina becomes attracted to him, sowing the seeds for an impossible love story set across 60 episodes.

The first coproduction between Argentina’s Telefe and América TV in Peru, it has already been sold to UniMas in the US, Mega in Chile and Ecuavisa in Ecuador. The show debuted in Peru earlier this month, recording a 37% share.

DQ: What was the inspiration for the series?
Mercedes Reincke: There were multiple inspirations for the script. We had a concept we wanted to work with, which was ‘a parent’s worst fear.’ I told a personal story to my team about my mother – that she didn’t want to take me to the beach when I was a baby because she was afraid that she might get distracted for a second and somebody could kidnap me. While that sounds kind of paranoid, we soon discovered that under this exaggeration lies a universal fear of every parent – losing their children.

Why are viewers drawn to storylines about people who suddenly disappear?
The fear [of a loved one disappearing] is as old as humanity itself. Since the Bible, and even before, there have been many stories about mysterious cases of people appearing and disappearing. This makes these stories feel perfectly possible for the audience, especially when it concerns a kid. Every day, news channels show stories about missing people, so this is a subject that feels real and possible for viewers.

How would you describe the writing process?
First, we worked with the idea and the concept of the story. We brainstormed with our writers and creative partners from América TV and wrote a synopsis. Later, we discussed everything again and modified the synopsis, turning it into a treatment. At that point, we put together a writing team, composed by Martín Méndez and Bruno Luciani, two great Argentinian screenwriters. Their team wrote each episode’s script. We continued brainstorming and, once the story’s treatment was finished, we started working with step outlines. The writers sent us a step outline of each episode, then we made comments, asked for changes and made suggestions before they sent over a script. At that point, we made new suggestions until we reached the final version of each script.

How do you plan the storylines for 60 episodes?
It’s a hard process, in which the story undergoes many modifications. We knew how it had to end, especially the main plot lines, and we had an idea of each episode. However, during the process, we found conflicts that added much more energy to the plot. In those cases, we changed parts of the story. Thinking about a story from the beginning to the end and writing it is a dynamic process, with lot of people participating and modifying the material.

How would you describe the style and tone of the show? Was this clear from the start?
That was the biggest challenge in this series. We had the intention of doing a telenovela but with a thriller plot that would give us moments of tension and mystery. In the beginning, this mixture of genres was not easy at all. In fact, we had nine different versions of the first episode’s script. It was very important for us to set the tone and establish this combination of genres, which has not been attempted many times. We believed we could successfully accomplish this mixture, which is the hallmark of this series.

Are the characters clearly laid out in the script or do you like to give the actors the chance to have their own input?
The script is very specific; it contains a lot of work done by a lot of people. The writers are usually reluctant to have their dialogue changed, but they know how to listen to those who bring their characters to life. We are conscious that, on set, the actors and the director work the scene and dialogue, sometimes making the dialogue grow. We support anything that improves the story as long as it respects the road that has been drawn.

How did you work with the directors to bring the story to life?
With this particular project, we couldn’t be on set because it was shot in another country [Peru]. But we had lots of meetings with the directors [Mauro Scandolari and Leo Richiardelli] before shooting to establish the specific code of the series.

What were the biggest challenges in writing and producing the show?
In the writing process, the biggest challenge was setting the tone. In production, the challenges were huge because El Regreso de Lucas was shot entirely on location with teams from Argentina and Peru. It was also our first coproduction experience so, as you can imagine, the challenge was enormous. Fortunately, the process ended with lots of learning and great results.

What do you hope viewers will take away from the series?
We would like them to see that a mother’s love is so strong that it can overcome time, lies, evil and other difficulties. We also want the spectator to feel that, even though fear will always exist, the key is to break through it and learn from that journey.

How does The Return of Lucas stand out from other Argentinian dramas and telenovelas?
Because it’s a mixture of Latin American telenovela and thriller, which is quite unusual. Also, it was shot in natural scenery, it’s a blockbuster and it has a great cast mixing Peruvian, Argentinian and Colombian talent. These are certainly the hallmarks of this project.

Do you agree this is a good time to be a storyteller working in television?
Absolutely, there has never been a better time for those who work telling stories. It’s a true golden age of television and we are determined to exploit it.