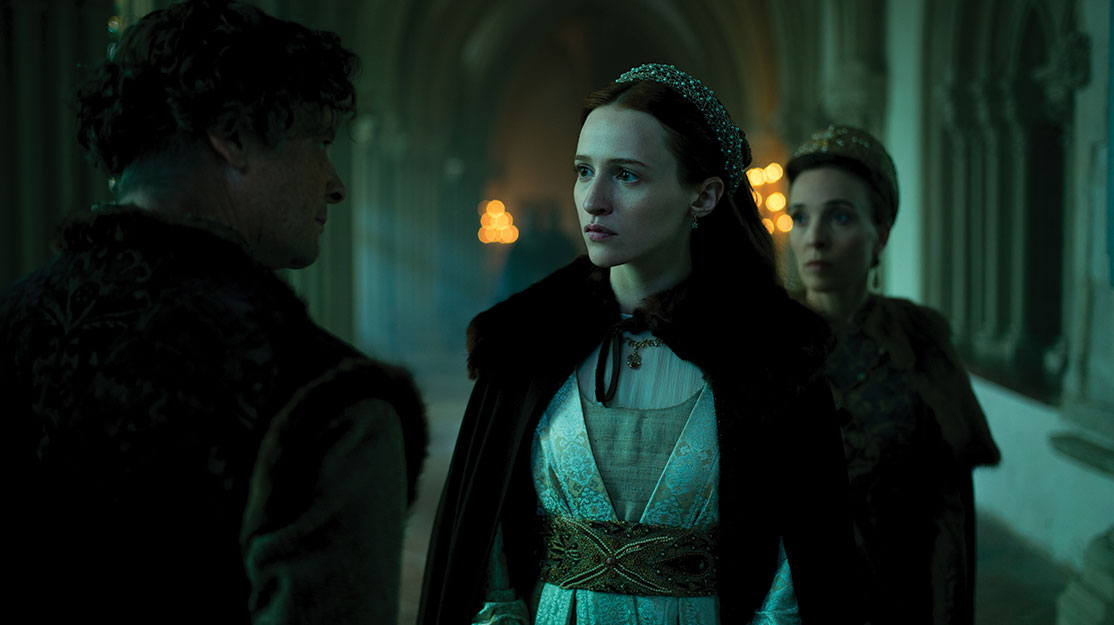 Taken to the Max

Martin Ambrosch, the writer behind German crime drama Anatomy of Evil and the forthcoming historical series Maximilian, tells DQ about the challenge of meeting his own ambitions on screen.

As one half of a prolific writer-director partnership, Martin Ambrosch describes himself as a specialist in thrillers.

During his career he has penned episodes of German police procedural Tatort and Austrian crime dramas SOKO Kitzbühel and SOKO Donau.

But it is together with director Andreas Prochaska that Ambrosch brought to life the hit TV movie franchise Anatomy, which airs on ZDF in Germany and ORF in Austria.

The series, which debuted in 2010 with Anatomy of Evil, follows psychologist Richard Brock (played by Heino Ferch) as he is called in by the Vienna police to investigate the murder of a man who was about to stand trial for embezzlement.

Four more films featuring Brock followed – Anatomy of Revenge, Anatomy of Fear, Anatomy of Shame and Anatomy of Surrender, which aired in February – while the sixth in the series, Anatomy of Desire, began filming in February. A seventh instalment is already in development, with production due to begin in November this year.

Anatomy of Evil was subsequently sold to 34 countries by distributor Beta Film, with buyers including Netflix, Rai Cinema in Italy and Antena 3 in Spain. Ambrosch himself won an Austrian TV Romy award for the film, having previously earned a German Grimme award for one of his Tatort episodes.

“It’s a series I came up with. I just proposed it to the producer and the director and we developed a unique story,” Ambrosch says of Anatomy. “It’s a very character-driven story, which I like very much. It’s my child.”

Set in the 15th century in the Austrian Middle Ages, the latter retells the love story between Mary, the orphaned daughter of the ruler of the House of Burgundy, and Maximilian, the son of the Roman Emperor, as they try to survive and rule in the battle for supremacy in Europe.

“Maximilian was very intense,” Ambrosch says. “It was very different from pure fiction because the life of Maximilian is known to many. I had to create my own Maximilian out of his historic personality. It was a challenge but I think we managed it.

“Andreas and I have been colleagues and friends for a long time. We’re both very ambitious, so we knew we could create something really important. It was my first chance to do three 90-minute episodes in a historic setting, so it was a big opportunity for me and I immediately said, ‘Yes, let’s do it.’ I love the historic change between the Middle Ages and the Renaissance.”

Ambrosch says he spent a year researching the true story behind Maximilian – but admits there’s a strong element of fiction to the tale viewers will see on screen. “That’s the creativity we wanted to give to the series,” he says. “You can’t just make a documentary. You have to create something that’s close to reality, but it’s bigger than reality and hopefully interesting for viewers.”

Ambrosch’s scripts are also quite detailed, ensuring the cast and director can play out his vision in front of the cameras. “I write it as I see it, and not just dialogue,” he says. “We did readings of the script quite a few times and I was on the set for many days, just watching and getting a feel for every actor.”

The German-language production was complicated by filming several scenes in French, but Ambrosch believes it important that European drama use organic languages to help tell the story. “I speak French but not well enough, so we had a translator,” he says. “I wrote it in German but I have a feeling for the French language because I lived in France for a year, so I know a little bit about it.

“It wasn’t clear at the start in which language we were going to shoot. There was a discussion at the very beginning to maybe shoot everything in English, but then we thought about it some more. I had to write the scripts nonetheless, so I wrote them in German and it was then we decided to shoot in two languages, which is of course a challenge.

“We have regional specialities in Europe. France is quite different from Austria, Germany and England, so it’s interesting to see the differences and get the feeling that Maximilian has to overcome the obstacles when he goes from poor and laid-back Austria to modern Burgundy and the French king with his own politics and lifestyle. It’s much more diverse than just shooting it all in English and saying there’s only one world. Back then it was very different and this is a good opportunity to show that.”

As partnerships go, Ambrosch and Prochaska’s is evidently successful, and Ambrosch credits this to a deep understanding between the pair. “The most important thing is we don’t have to use many words to connect,” he explains.

“We are each other’s biggest critics, so there’s a very open-minded atmosphere. I can tell him what he is doing is bullshit and he tells me what I wrote is bullshit and nobody is pissed off afterwards. That’s very important.

“But it’s also important for me to work with other directors because I don’t want to work only with Andreas. I’m doing a film with Stefan Ruzowitzky right now, the Oscar-winning director of Die Fälscher (The Counterfeiters, which won the Oscar for Best Foreign Language Film in 2008). It’s called In Hell (working title).”

Describing his writing style, Ambrosch says he first outlines a treatment before starting his research and writing a few pages “to get my thoughts on paper. After that, I let my mind flow free. You have a huge amount of input when you do a year of research, like I did for Maximilian, and then you start to feel the characters and put it on paper. But when the research is done, you have to throw away a lot of ideas and focus on telling the most important stories. That’s the hardest part. The rest is just fun writing.”

And the biggest challenge facing a writer today? “The challenge is to live up to my own ambitions,” he says.

As television drama continues to draw talent from the feature film industry and proves increasingly capable of rivalling the quality and production values offered by movies, Ambrosch readily admits the standards of the small screen have improved significantly – particularly in Germany, where series such as Cold War saga Deutschland 83 are breaking out as global hits.

“It’s difficult to say but, more often than not, the stories in really good TV movies are much better than the films in the cinema,” he says. “It’s a good time for German drama because there’s some money in the market and there’s a need for these kinds of TV series. There’s no other way than to be as ambitious as the UK and the US. You can’t just go on the way you have for the last 20 or 30 years; you have to adapt, and that’s an opportunity for writers and filmmakers in Germany and Austria.

“There are more opportunities in TV but it’s not so easy because you have to appeal to the viewers of public broadcasters. The young viewers are streaming US and British series and the older ones are used to the existing patterns. You need really good stories that producers will risk money on. The market is changing quickly and I’m very interested in where it’s all going to end.”