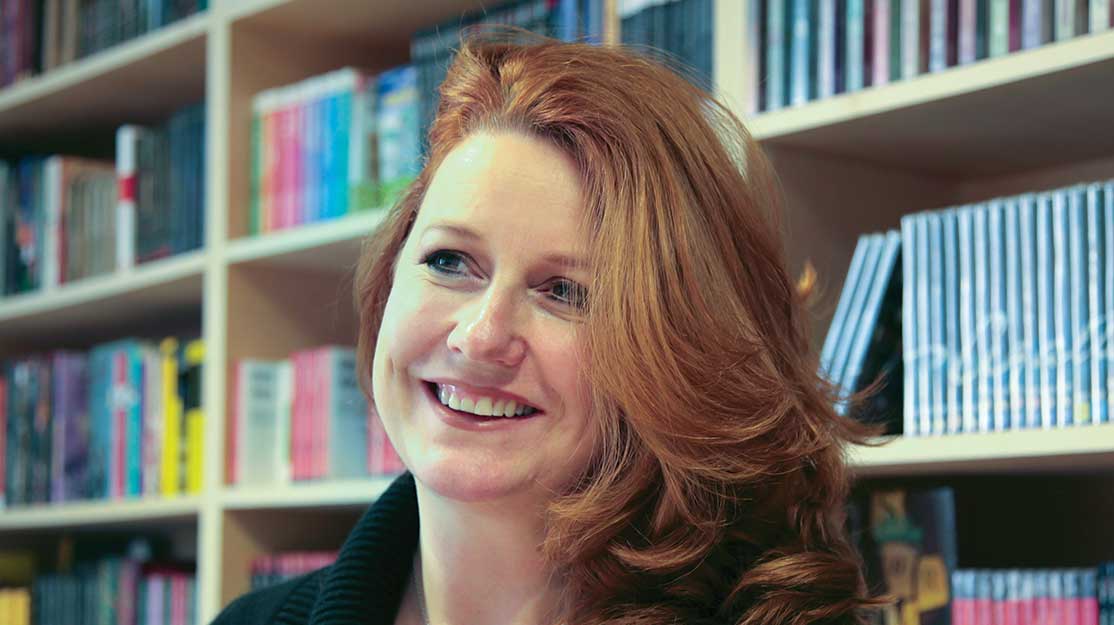 Agatha Christie Ltd CEO Hilary Strong explains why adaptations of the celebrated author’s stories, which remain popular across the world, will keep on coming.

The 125th anniversary of the birth of author Agatha Christie this year is being marked with two new television adaptations.

Sleuthing couple Tommy and Tuppence appeared in a new BBC1 series called Partners in Crime, starring David Walliams and Jessica Raine, in July. A six-part drama placing the characters in the 1950s, it re-imagined the events of Christie novels The Secret Adversary and N or M? across two three-part stories produced by Endor Productions.

BBC1 has also partnered with US cable network Lifetime on a new adaptation of And Then There Were None, which was named the world’s favourite Christie novel in a survey published in September.

The classic thriller, which tells of 10 individuals invited to an isolated island where they are killed one by one by an unknown murderer, has been adapted by Sarah Phelps (Great Expectations) and produced by Mammoth Screen. The cast includes Douglas Booth, Charles Dance, Anna Maxwell Martin, Sam Neill, Miranda Richardson, Toby Stephens and Aidan Turner, and is due to air on BBC1 this Christmas.

These new adaptations serve as a fitting tribute to the prolific writer, dubbed the Queen of Crime. But they also represent the efforts of Agatha Christie Ltd to introduce her to a new generation of fans by becoming more proactive when exploiting the rights to the author’s vast library.

Hilary Strong (pictured top), CEO of Agatha Christie Ltd, says: “The brief from Mathew Pritchard, Christie’s only grandchild and chairman of the company, was that we would work together to exploit the brand ourselves and that’s why he brought me in with my television background,” explains Strong. “We were coming to the end of our Poirot films series on ITV that first aired in 1989. David Suchet’s work as Poirot is iconic and no one else has played a leading drama role for 25 years. It’s an extraordinary thing to have done but we knew they were finishing and we knew then that we had to do something new and fresh.

“It gave us the opportunity to sit back and decide what we wanted to do. Did we want to carry on with Christie being the traditional, much-loved work that it is? People’s perception of it is ‘cosy crime.’ But for a brand to remain alive and resonate for a modern audience, it needs to do something new and give a different message.”

With a background in television and rights management, Strong is perfectly placed for this new challenge. She was previously MD of Acorn Productions, where she had responsibility for developing drama around the works of Christie and other properties, including Foyle’s War. She has also worked for Chorion (Enid Blyton, Paddington Bear) and was group business director at Hat Trick Productions.

With Partners in Crime, the company made its first move away from ‘cosy crime,’ setting the action in a more recent period and casting Walliams and Raine to attract a younger audience. And Then There Were None, while set in 1939, has a more contemporary tone and is, Strong says, “really fucking scary.”

She explains: “Sarah Phelps has done an amazing job and has been absolutely truthful to the story while giving us this deep dark tone. For me, it embodies what we’ve been trying to do – take something and retell it so it appeals to modern audiences. If we can achieve that, then we’ve done our job. I don’t want to shake off the cosy crime image but I want people to understand that Christie can be delivered in a different way.”

The company isn’t just interested in a new way of telling Christie – it is also shaking up the way its television adaptations are built. No longer simply licensing rights away, Agatha Christie Ltd is keeping its hand in the creative process and building direct relationships with broadcasters and suggesting potential projects before selecting the production partners they want to work with to bring the idea to the screen.

“It is quite unusual,” Strong says of the strategy. “It helps that there are relationships before that process. Damien Timmer, who runs Mammoth, was an executive producer at ITV on Poirot and Miss Marple, so he has a long relationship with the family and the company. When we sat down with him, he was extremely open to the benefits of collaboration because you get a different insight when you’ve got people who really know the brand involved. The script process is very collaborative but once production starts, they get on and make the programme. It works really well.

“The thing I was most keen to do was move away from the idea that the estate is there to approve or disapprove, which does happen with estates. So if we get it right and we’ve chosen the right writer and worked on the scripts, then once you get to production, those parts are in place. It would be quite unusual to hit a fundamental problem then.

“We also do a lot of the design stuff together because that’s really important to us. We need to make sure the imagery being used when you get to promotion works cross-platform. We had new book covers for Partners in Crime, with a logo that goes across the TV programmes.”

Christie isn’t just popular in Britain, however. Strong says the novelist’s works have been translated into more languages than those of any other author, while TV adaptations have been sold into more than 180 countries. Japanese network NHK aired a two-part version of Murder on the Orient Express in January this year, produced by Fuji TV. And French broadcaster France 2 is behind Les Petits Meutres d’Agatha Christie, which plants two detectives into Christie plots. Twenty-three episodes have been produced by Escazal Films since 2009.

“What’s been really interesting is just how big Christie is in other countries,” says Strong. “In South America, Australia, Germany, Italy, Japan and China, Christie is huge and they have their own indigenous productions in foreign languages.”

She also suggests a big deal for the German-language rights to Christie’s books is near completion, adding that the estate is very open to doing “very radical, avant garde, contemporary new things” with Christie’s stories.

“But we’re unlikely to muck about with the core plot because that’s what works,” she explains. “When people start trying to mess with it, that’s when it goes wrong. You can tell it in a new way, give it a contemporary tone or set it in a contemporary setting. And Then There Was None means there is no one left at the end. It’s not a returning series!”

Strong recognises the drama business is tougher now than at any point in her career: “The fact that budgets have come down and expectations in terms of quality are higher, together with the need to compete on the international market, means your vision and scale has had to go up.

“It’s a very good time for drama. There’s an awful lot out there but that’s because there’s an appetite for it. As people keep on watching it, people want more. And the fact there’s so much, if you’ve got a brand like Christie, you can put your head above the parapet a bit and people can find you in the schedules.

“But one of the things we don’t do is work with people just because they think the brand will help them sell more shows. We will only work with people we know have a genuine love for the stories. We have tried developing a couple of smart ideas and then down the road realised the people we were working with didn’t have the depth of understanding of the brand, and in those circumstances it rarely works. If you work with people who understand Christie, it just works much better.”

Strong would love to see Witness for the Prosecution, a short story about a woman who gives evidence for the prosecution in her husband’s murder trial, made for television and says the global appeal of Christie’s stories is in the pure and simple language she uses.

In the meantime, fans can look forward to a new big-screen version of Murder on the Orient Express, which will be directed by Kenneth Branagh for 20th Century Fox. Branagh will also star as Belgian detective Hercule Poirot, who must investigate a murder on board the famous train – but there are a number of passengers who could have committed the crime.

Agatha Christie Ltd has also launched its own digital drama based upon Christie’s character Mr Quin, which launched as an app in November 2015.

But what is it about Christie’s work that means it has stood the test of time? “Her plot lines are just ingenious and her characters are lovable,” Strong adds. “People adore them. And the breadth – there are 33 Poirot novels to read. You’re not going to do it in a hurry.

“I don’t see any time when people don’t want to carry on reading her books. Our job is to retell those stories in a way that makes them accessible for people. What I’d love – and would tell me I’d done my job – is if people watched And Then There Were None and then went back and read some of the original books.”

tagged in: Agatha Christie Ltd, And Then There Were None, BBC1, Endor Productions, Hilary Strong, Kenneth Branagh, Lifetime, Mammoth Screen, Murder on the Orient Express, Partners in Crime, Sarah Phelps