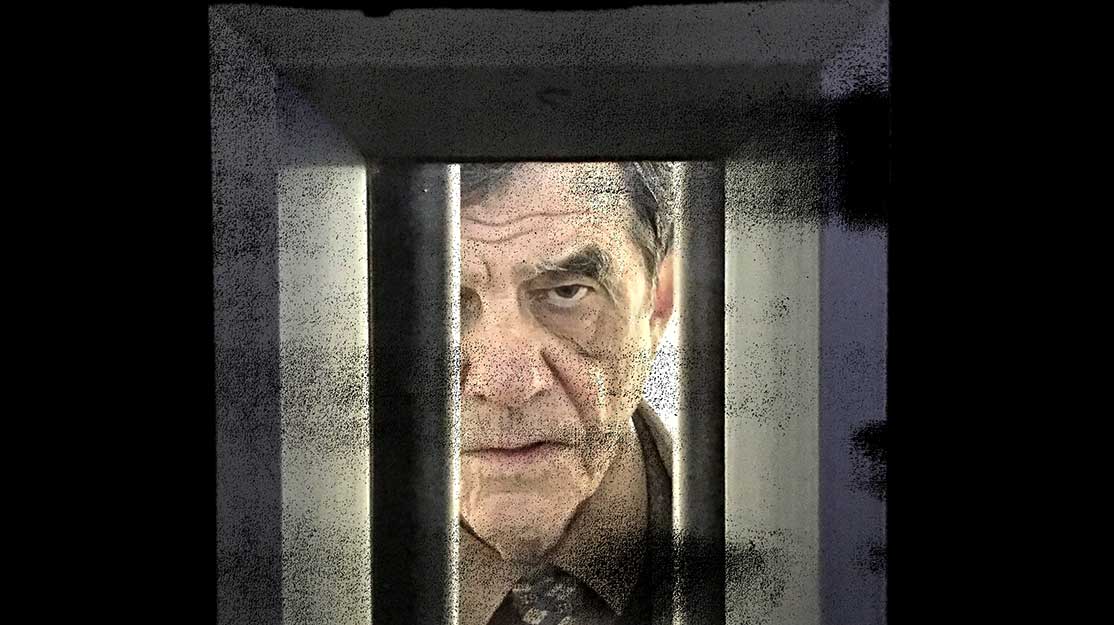 Croatian drama The Paper goes behind the headlines to root out corruption and scandal in the media. DQ chats to creator and producer Nebojsa Taraba about this controversial new series.

From HBO’s The Newsroom and the fifth season of The Wire to BBC drama State of Play and scenes set inside the Daily Planet during Lois & Clark: The New Adventures of Superman, newspaper offices can provide plenty of drama and intrigue as journalists race to get their latest scoop.

However, it’s arguable none have been more controversial or provocative than new Croatian series The Paper, which debuts on October 16 on HRT1.

The 12-part series is described as a dark cocktail of political corruption, power struggles, crime and betrayal as it looks at the role of the media in society.

The story follows Mario Kardum, an influential and politically conservative building contractor from a powerful family, who buys a left-liberalist newspaper in deep financial trouble with two underlying, questionable motives. First, he wants to keep the investigation of someone close to him as the perpetrator of a high-profile hit-and-run out of the news. Second, he wants to coerce the paper into writing favourably about the presidential candidate he is backing.

But in this highly charged workplace, Kardum is not the only person with dubious morals, potentially damaging secrets, misguided loyalties and selfish motivations. While some fight to maintain the paper’s editorial integrity, others are overwhelmed by their own corrupt connections. Whatever side of the fence they fall on, all of them have their own secrets, personal demons to fight and their own agendas to meet, which powerfully affect their moral compass.

Created by Ivica Djikic, Nebojsa Taraba and Miodrag Sila and directed by Cannes Film Festival Jury Prize winner Dalibor Matanic, The Paper seeks to examine the relationships between the media, government, the church and law enforcement, as well as the powerful social elite and their corporations.

And it is exactly this reason that the series is only now making its debut. As Taraba explains: “The management at HRT weren’t very happy with our series. We had a very strange political situation, where for the last eight or nine months we have had a right-wing government that was very close to the Catholic Church. Our TV series wasn’t something they would like to see.”

However, the fact it was picked up by distributor Keshet International meant HRT couldn’t delay broadcast any more.

“The fact we got Keshet as a distributor – everyone knows about Homeland [Keshet distributes the original Israeli format on which this show is based],” Taraba says. “So it was big news and the broadcaster said they couldn’t wait to show it any more.

“We don’t mean to be controversial. We just wanted to show what’s wrong with today’s media. We realised you can get everything from the media today but facts – lots of emotions, lots of impressions – and it confuses people. It makes people incapable of analysing what’s really going on. We decided to go to the source and shine a light on the mechanisms that manipulate the media.”

How did the development process begin?
Development began four years ago. We realised we don’t know who is behind the media and whether they are hiding important information. But it’s not just in Croatia, it’s happening all over the world. The lies, the manipulation, the wrong information [impacting how people vote]. It’s the same in the US; Fox News and other outlets have lost their main focus of being an important democratic tool. There is no democracy without a free and uncontrolled media – it’s impossible.

Why did you decide to set the series in a newsroom?
The newspaper, for us, is the biggest symbol of media. No matter whether people are saying newspapers are disappearing or being overtaken by electronic media, they are still a symbol of the media. This, along with the fact we come from that background, meant it was natural to set the series in a newsroom.
We just wanted to look very deeply at that little universe. Journalists have an enormous responsibility, but they are people like us. They have everyday problems, they have families, they have existential issues – everything else that makes their job even more difficult. And at the same time, that’s often when they are under most pressure. We just wanted to go one step further than the usual picture of a newsroom.
We really tried to avoid using journalist stereotypes. We have the atmosphere of a newsroom but it’s not so fast or crowded [as a newsroom would have been in the past]. Most things happen in the office of the owner or the editor. The newsroom has lost its power and energy. That’s something we wanted to emphasise.

Where did filming take place and how did the locations influence the look of the show?
We filmed in Rijeka. It’s on the north coast but it’s far away from other cities. It used to be a shipyard and was partly built during the Austro-Hungarian Empire. There are also big skyscrapers from socialist times. It’s a very visually interesting space and also brings a certain Scandinavian atmosphere. The director then brought some looks from the beginning of the 1970s with the location.
This is the first time that something has been filed in Rijeka, which was also strange for us because it’s a beautiful city. [When most people picture Croatia] they see this beautiful Mediterranean spot with palm trees and Renaissance churches like you see in Dalmatia. But in Rijeka all the cranes from the shipyards and reservoirs are close to these beautiful Venetian and Austro-Hungarian buildings.

How much research did you do for the series?
In 2006/07, Ivica [Djikic] was the editor of Rijeka’s daily newspaper when it was taken over by a local tycoon. It was the last independent daily newspaper and, after the takeover, it struggled to be an independent voice. It’s almost exactly what we are describing in our TV series. But we have tried to avoid any other connections with reality. We used certain elements but we concentrated on the mechanisms – how politics on one side and big money on the other are taking control of media to [achieve] their goals. We tell that story from the inside.

How would you describe the writing process?
For each episode, Ivica wrote a synopsis. After that we included the director and had help from a script doctor, Tena Stivicic – one of the best young theatre writers [whose play 3 Winters was performed in London in 2014]. We had a team of six of us who worked on the final drafts of the scripts. It wasn’t a writers room in a real sense but, before we started to shoot, we all confirmed the final drafts. It was a long process. It took us almost a year to finish and polish the scripts.

What was the biggest challenge during production?
Production was tough, considering the budget is 10 times less than it would be for the same kind of production in the UK. We had little more than €1m (US$1.1m) for the whole series but that put us in a situation where we had to be quite rational. All the exteriors were filmed in Rijeka but the newsroom was set inside a former daily newspaper in Zagreb. Rijeka was a big challenge because we shot there in February. It’s a very rainy town but this February broke all records for rain! We had 31 shooting days in Rijeka and for 28 it was raining. It was very difficult but it also gave us the atmosphere we needed. The people of Rijeka were very welcoming – sometimes we had to stop traffic but they were OK with it. They are beautiful people and the city is going to be European Capital of Culture in 2020. So the show is promotion for them in that sense. It was a bit exhausting but we really enjoyed it. We were filming for 95 days in total.

What are your plans for the show beyond season one?
We created it as a trilogy. The first part is about media so it’s set in a newspaper office, but we follow the same characters through all three seasons. The second season follows politics more because the main bad guy becomes president, and the final season is about him facing justice. Hopefully the first one will be successful enough that HRT will let us continue. So far we’ve had very good reviews.

What do you hope viewers will take from the series?
We just want people to think about the story and how media is so important for us. We need [the media] to give us the facts. We have elections every four years and we have to know the consequences of the previous election. We have to understand our own decisions and we have to prepare for the next election. Without the help of the media, we can’t do that. We are confused, we are afraid. That’s why we need the media – someone who will bring us the facts. We really hope that after watching our series, people will understand the importance of a free and independent media. A society that considers itself a free democracy cannot exist without a free media.