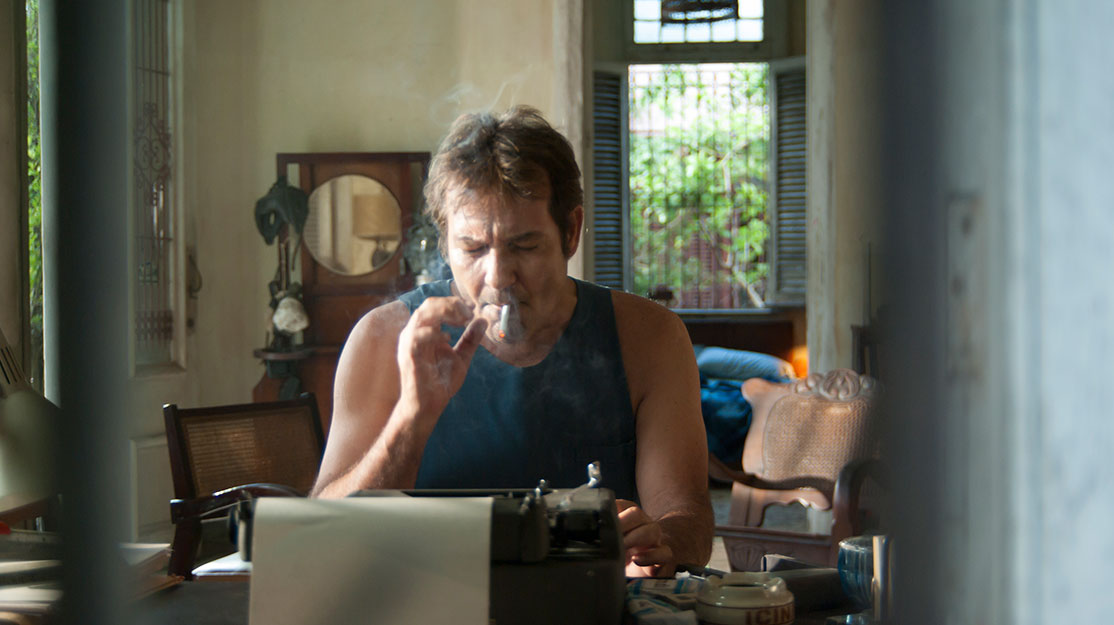 Cuban writer Leonardo Padura brings his own novels to the small screen in eight-part crime series Four Seasons in Havana. He tells DQ how he adapted the Cuba-set books and why his iconic detective Mario Conde stands out in a sea of television cops.

But crime dramas are going to look a little brighter from now on, thanks to the introduction of Caribbean noir and new drama Four Seasons in Havana. As the tagline states, “noir has never been so colourful.”

The series, produced by Tornasol Films and Nadcon in association with distributor Wild Bunch TV with the participation of Spanish broadcaster TVE, has been sold to more than 20 territories worldwide, including Netflix in the US, though no airdates have been confirmed.

Four Seasons in Havana is not to be confused with another adaptation of Padura’s novels, called Havana Quartet, which has been commissioned by US premium cable network Starz and will be produced by Entertainment One. With Antonio Banderas starring as Conde, the Starz series will be based on the books Havana Blue, Havana Gold, Havana Red and Havana Black.

Here, Padura tells DQ about the origins of Four Seasons in Havana, the challenge of adapting his own novels, filming in the Cuban capital of Havana and why Mario Conde stands out from other TV detectives.

When did the idea of bringing Four Seasons in Havana to TV first emerge?
It’s a long story. For years there were different projects to make a film inspired by my novels, or more, for film or television. But for different reasons, mostly economic, they were not realised until finally Peter Nadermann of Nadcom and Gerardo Hererro from Litmus Films made a proposal to acquire an option to make the series. We then started the long road that has brought us here, thanks to them and, above all, the efforts of Besuviesky Mariela, who took on a complicated production, filmed almost entirely in Cuba and the economic pressures with which it was made.

With so many detectives on television, what’s special about Conde?
Conde is special because he is a Cuban policeman but he is not a typical Cuban: he is more cerebral, more concentrated – and he cannot dance! He is a character who suffers with everything around him. He rationalises, is personally involved in cases, has a high sense of justice, is not corrupt and is cultured and sensitive – but sometimes too sensitive. In addition, and this is essential, Conde represents a generation of Cubans who grew up in credulity, matured in doubt and became older in frustration. These elements are sufficient to make him different from all the other detectives, whether Swedes or Americans, because he is very typical of his circumstances. Conde sleeps in a bed, makes rum and, whenever possible, makes love to a woman.

Why did you choose to adapt your own novels for television, and what was that process like?
It was a necessity rather than a desire. The producers needed a first chapter where the possible pattern of the series was set out. They asked me to write it and I accepted, but I decided to write it with my wife, Lucia Lopez Coll, who is the true writer of the family and of the series. After several discussions with producers about what kind of movies we wanted, we started writing and finished the first script. Then we wrote the other two, because we had a style and a satisfying drama. And, unwittingly, I participated in writing all the scripts!
The writing process was, as always in these cases, pretty heartbreaking: Lucia had to start from the novels, taking their essence, and then she had to forget them to work on the story in script form, which is a totally different type of writing. Lucia, who worked very hard on this adaptation, managed to retain the essence of the stories, the characters and the human and social sense of the scenes, and included elements that would make them functional in the films, while I was writing the dialogue. Like the novels, the movies speak like ordinary Cubans, something that is not easy to see in Cuban cinema where characters tend to be judgemental and speak literally and with few colloquial constructions.
Working with Lucia is comfortable – she knows what I meant in those novels, she knows the reality of Cuba and you can write scripts and know when to cut and look elsewhere. Sometimes she’s a little stubborn and we argue a lot, although she’s usually right! She’s a very obsessive worker, and that’s good. A significant part of those scripts had to be written “on the road” due to the many travel promotions that I do, and she always accompanies me. So although she does not often appear in the photos or speak to the journalists who interview me, actually Lucia is largely responsible for these scripts.

Did you have to make many changes from your novels in terms of characters or plot?
Not too many, actually. In Winds of Havana, we introduced a whole line of new drug-related characters. But the centre lines of the arguments remained almost entirely intact, as they appear in the novels.

Did you work closely with the director Felix Viscarret, or did you give him a lot of freedom to bring the script to life?
I think we worked side by side from the moment he entered production. And that helped us a lot, because Felix was shaping the scripts as movies, and that was a lot of work. In addition, he was very creative in that job and helped us move forward towards production.

What does Jorge Perugorría (pictured top) bring to the role of Conde? Does the character appear on screen as you imagined when writing the novels?
It’s very, very difficult for a character created for a novel to have the face of a character depicted in the film. It’s very different when you write a script because you’re already thinking about cinema and watching images from cinema. Mario Conde is a person I see one way and readers see their way, which is usually very diverse, from the signs in the story like his age and his style. But I had thought of Perugorría for years, every time I dreamed of doing Conde in film. His performances are splendid and, from now on, it will be impossible for many people to read Conde without seeing Perugorría. As they say in Spanish, he has become embroidered to the character.

What was the biggest challenge during writing and production?
Time! Fitting each of these stories into 90 minutes was really agonising and sometimes frustrating, because we knew we had to leave out elements of Conde’s life and his relationship with the environment, as well the environment itself, that are very characteristic of the novels. And we had to sacrifice much substance because time tyrannised us.

How would you describe ‘Caribbean noir,’ and what does this mean in terms of the visual style or the tone of the drama?
It’s in everything, from the visuals and the drama – or melodrama, perhaps – to the music that is heard, the gestures made by the characters, and the climate.

How is Havana shown on screen? Will viewers recognise it?
Of course they can recognise it – and, moreover, they will travel to Cuba. There are scenes set across almost the whole city, from battered sites to luxurious homes. Many neighbourhoods and many streets are seen, but there is no urban or historicist zeal. It attempts to show the decline of a city and its almost invincible beauty, its architectural eclecticism and its human, social, racial and historical mix. The series looks at Havana with both distance and intimacy, and that makes it more attractive and real.

What does the location bring to the series?
You can only imagine these stories in Havana. Fortunately, we got permits to film in Cuba, something that isn’t always easy. Sometimes it’s impossible because you need official permission to film, and it can be a political decision.

Are you planning another season of Four Seasons in Havana, or are you working on other TV shows?
Now I’m focused on writing a new novel, which returns to my character, Mario Conde. And while Lucia collaborates on other possible projects, I will stay away from the screen for a while. I’m a novelist and, as Raymond Chandler said, I put on my second-best suit to write for film.