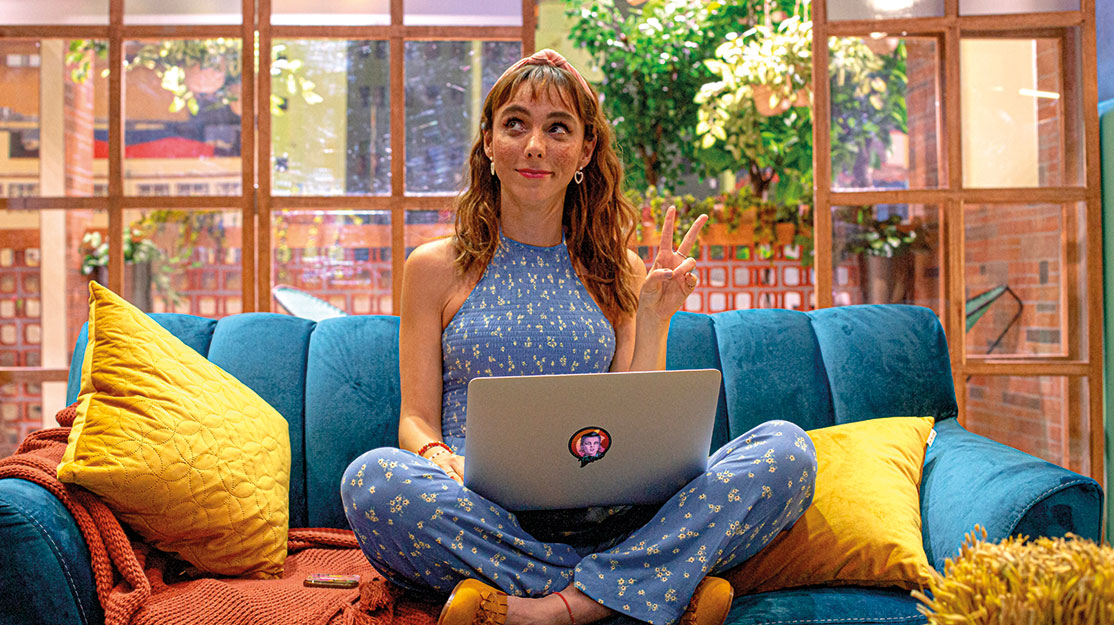 Producer Clara Machado and Jerry Rodriguez, head of scripted at Mexico’s Endemol Shine Boomdog, reveal how classic US sitcom I Love Lucy has been given a modern twist in Spanish-language comedy Todo Por Lucy.

At a time when the majority of US television was provided by just three major networks, a sitcom about one woman’s relentless attempts to break into showbiz catapulted its star to national fame.

I Love Lucy ran for six seasons and 181 episodes between 1951 and 1957, turning Lucille Ball into a household name. She played Lucy, a young housewife living in New York City with her bandleader husband Ricky (Ball’s real husband Desi Arnaz), all the while concocting different schemes to appear in his nightclub.

One of the most influential sitcoms of all time, the show has now been updated and reimagined as Todo Por Lucy (All For Lucy), a Spanish-language series starring Mexican actors Natalia Téllez (Después de Ti) and Daniel Tovar (Mirreyes vs Godínez) as Lucy and Ricky. Produced by Endemol Shine Boomdog and Elefantec Gobal for Prime Video audiences in the US and Latin America, it picks up the story of Lucy, a 21st century woman who wants to be in love but doesn’t want to give up her individuality.

Pitched as a romantic comedy that focuses on the lives of everyday couples, Todo Por Lucy emerged from discussions between Boomdog and Paramount Global Content Distribution, which holds licensing rights to the original series.

“It seemed like a great idea and we fell in love with the project,” says producer Clara Machado. “We are absolute fans of Desi Arnaz, Lucille Ball and I Love Lucy. They are really important figures in the history of television, so of course it was something that we knew, that in a certain way we grew up with, and we connected immediately to the material and the idea of doing an adaptation.”

More than 70 years since it first aired, I Love Lucy retains its easy watchability, its electric chemistry between Ball and Arnaz and storylines that continue to resonate with modern families. “It’s the sort of comedy that makes you laugh because it reminds you of a situation you’ve been in, that you recognise, regardless where you’re watching it,” Machado says. “That’s the key to its success – its universality.”

Reading the original scripts, “they’re genius,” the producer continues. “It was a great opportunity to revisit the scenes and the situations that are already there and reinterpret them for modern times. We wanted to honour that and revisit those situations and pay homage to figures we love and knew the audience would love as well.”

Some plot points have been adjusted for contemporary viewers, but the producer says Todo Por Lucy retains a faithfulness to the original series. “People will recognise the characters and the situations, most likely. We had to adapt the plot points but we kept it very close to the original in terms of where the story is going,” she says. “The beauty of I Love Lucy is Ricky loving Lucy and doing everything for her, and helping her out of these insane situations. That was also the essence of our adaptation, to have our Ricky doing everything for her, with the same group of characters all revolving around her.

“When we were reimagining this couple, we were thinking about how women nowadays don’t want to marry so young, so our couple are not married. Lucy is an independent woman who doesn’t want to get married, and part of her conflict is that she’s trying to figure out how to keep being herself while being part of a loving couple. That just created great situations. It’s amazing how it is an adaptation that fits into the original.”

Also joining the cast are Andrés Zuno and Daniel Haddad as couple Esteban and Federico, Lucy and Ricky’s next-door neighbours. In the original, Lucy’s best friends were Ethel and Fred Mertz, played by Vivian Vance and William Frawley.

“We’re super excited about it and Andrés and Daniel did an amazing job. We also changed it so they are family in our version – they are Ricky’s uncles – and they interact really well with Lucy and Ricky,” she says. “The four of them are just an amazing ensemble and portray how people love each other, and that’s what we love about the series. When you see them, you will love them. The actors are incredible.”

But in a world of streaming platforms where audiences are more open than ever to watching series not in their own language, what is the value of remaking series, particularly when it comes to a classic like I Love Lucy?

“Those kinds of shows are still super welcome,” says Jerry Rodriguez, head of scripted at Boomdog. “It’s a huge responsibility with some of these shows because they’re classics and people are expecting something at the same level. Of course, the adaptation has to talk to new audiences at the same time, so that’s a challenge.

“Just to have the opportunity to bring these great pieces into our times with a modern twist, with language audiences can relate to and understand, that’s something we should keep doing, especially for those series that weren’t as available as shows are now with platforms and streamers. We should be able to bring these shows back and revisit them.”

Meanwhile, it’s one thing to remake I Love Lucy, but it’s quite another to replace the chemistry between the original show’s married leads. Machado believes they’ve found two actors up to the job in Tovar and Téllez, especially the latter, who had the unenviable task of living up to four-time Emmy winner Ball.

“When we started looking for our Lucy, we looked into Mexican comedy talent that is out there and we immediately fell in love with Natalia,” she says. “[The role] fit her like a glove. She’s adorable and she has the same charisma and energy. She also really connected to her character and the original Lucille. She’s been really amazing.”

The series, which comes from showrunner and director Joe Rendon, was filmed at a studio in Mexico City, but unlike I Love Lucy, there was no live audience during recordings because of the pandemic. Todo Por Lucy’s visual style also separates it from the original and other classic studio-based multi-camera sitcoms – another example of how the format has been updated for modern audiences.

“We were supposed to have a live audience but we didn’t in the end. But it gives the show a more dynamic feel,” Rodriguez says. “That’s kind of interesting. It’s more modern – it’s not so staged or theatrical. That helped in the end.”

With an initial 10-episode order, there’s the potential for Todo Por Lucy to run for another 170 episodes if it hopes to match the output of I Love Lucy. Machado isn’t looking too far ahead, but says the Spanish-language series could be the perfect pick-me-up for viewers looking for an entertaining and light-hearted watch.

“It’s one of those shows you just want to watch when you want to feel good and just forget your problems, to laugh a little bit at yourself, have a great time and enjoy life,” she says. “That’s the beauty of it.”