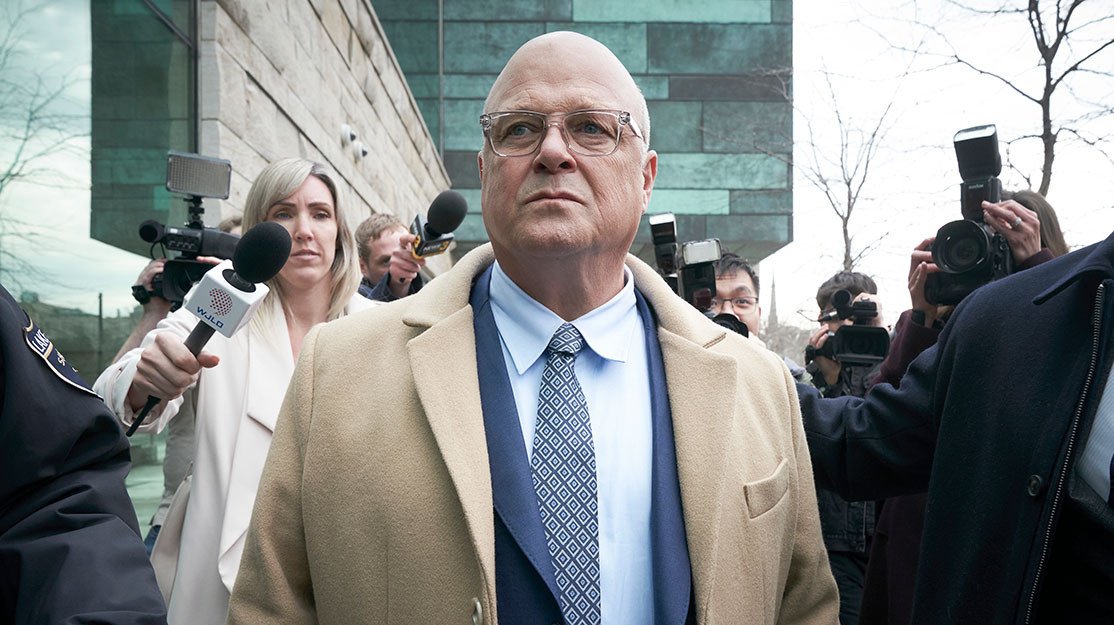 Across two seasons, writer Jimmy McGovern’s British drama Accused followed a number of characters accused of a crime, with each episode placing them in the dock to hear their fate while simultaneously revealing the events that put them into the hands of the justice system.

Accused ran on BBC One between 2010 and 2012, winning an International Emmy for best drama and recruiting a host of top names – among them Christopher Eccleston, Jodie Whittaker, Andy Serkis, Sean Bean, Stephen Graham, Anne-Marie Duff and Naomie Harris – to star in the individual stories.

Now, more than a decade later, and after several years in development, a US adaptation of the anthology series is set to launch on broadcast network Fox. Led by Homeland’s Howard Gordon and produced by Sony Pictures Television, the 15-part series follows a similar format in each episode but tells new stories that reflect themes and issues reflecting modern-day America.

Scott’s Story, for example, features a father who fears his son is planning an unimaginable crime; Ava’s Story follows what happens when a couple explore surgical options for their new baby, who is deaf, until their deaf surrogate decides to intervene; and in Kendall’s Story, a father is encouraged to take justice into his own hands when his daughter is attacked.

Gordon had been a fan of McGovern since watching the writer’s Robbie Coltrane-led crime series Cracker and immediately fell in love with Accused when he first saw it. In particular, he was drawn to the opportunities it presented to talk about the world today.

“It’s a very human show so the stories are very relatable,” he says, speaking during an Accused case study session at Content London last year. “But they live on the fault lines of race, of power, of identity, of truth. It’s so hard to describe the show but it’s always surprising. It’s human and it’s also diverse. The tone is quite different from episode to episode. There are even some funny episodes.”

The relatability of series also drew Lauren Stein, Sony’s exec VP of drama development, to the format. She then showed Gordon the original series “because there’s nobody who does character better” and they began working together to bring it to a new audience.

“It’s different characters, it’s different stories and you’re not going to be able to guess what the end is,” she says. “It’s not a whodunit. It’s a how- or whydunit. But the guilt or innocence is surprising in every episode. People like playing along and asking, ‘What would I do in this situation?’ and that’s really what separates it [from other crime dramas]. We say it’s a courtroom show sometimes, but that’s such a small part of it.”

When Gordon and Sony took their pitch for the series to Fox, the network’s entertainment president Michael Thorn was sold on the project in the first couple of minutes.

“We’re a voice-driven company, we bet on voices, and it was Howard who was very passionate about a crime anthology, so I was already in,” Thorn says. “Once I heard the way he talked about it and how personal this series was to him in terms of how we wanted to talk about the culture, it was just electric.

“There’s an insatiable appetite everywhere for true crime, fictional crime, books, podcasts, series and movies, and to hear a pitch from one of the best creators in the history of television about something we believe can pierce culture, but at the same time is wrapped in a familiar crime drama, it was so exciting.”

Having initially commissioned 12 episodes, Fox later expanded its order to 15. A key decision by the broadcaster was to order the series a year in advance, rather than putting it into the traditional network production cycle that sees shows air each autumn just a few months after their pilot episodes in the spring.

“It was very important to Howard to have the time to craft these episodes to meet his standards of quality,” Thorn says. “We decided to do it right. We had a great creator and concept and a studio partner that we loved and trust. The normal instinct is ‘get it on the air as quickly as possible.’ But we didn’t here and it paid off. How lucky are we to have someone like Howard touch the page of every single script? We wouldn’t have been able to do that had we not given the time.”

Gordon pitched Accused over Zoom during the pandemic, and writing the series gave him the “very pandemic-friendly” opportunity to work with a handful of writers on individual episodes, much in the way a movie script may be developed. One of the key challenges he faced was working out how episodes that don’t continue the same story could remain consistent with each other.

“Every show that’s worth doing has an emotional contract with the viewer,” he says. “When you watch 24, you’re going to be left breathless and kind of rattled. When you watch Curb Your Enthusiasm, you’re going to be laughing because of the subversiveness. This one, there is an emotional contract, but there’s a great diversity in storytelling in terms of the tone of each episode, and once an audience watches the first one and then the second, they’ll get the value proposition rather quickly and hopefully want to consume them all.”

The Shield’s Michael Chiklis stars in one episode of the series and directs another, though he admits that, at first, he had no intention of appearing in a one-off episode of television.

“But in deference to Howard, because I’ve always wanted to work with him and he’s really one of the best in the business, I said, ‘OK, I’ll read this. Absolutely,’” the actor explains. “Anyone would agree that we [actors] are always looking for great material. It really starts on the page.

“Speaking to the format of the thing, it is somewhat familiar: here stands someone accused of something. You’re in the courtroom in the beginning of each of these shows. And then they go back and show you what happened. It’s where a human story meets existential crisis in the rule of law. I was sucked in immediately.”

Filmed in Toronto, the episode in which Chiklis stars is Scott’s Story. Co-starring Jill Hennessy and Oakes Fegley, it focuses on a father (played by Chiklis) who suspects his son may be dangerous and wonders if he should intervene before it’s too late.

“I’m a parent. I have two daughters. And if you have a shred of empathy, you can’t help but put yourself in that place,” he says. “The way it plays out is just brilliantly written. It’s a nail-biter. If it’s entertaining and it also makes you think and feel, that’s the trifecta for me, and it achieves that.”

So impressed was Chiklis with the production – “It was beautifully produced, really well shot, the director of photography is incredibly talented, the crew is fabulous…” – that he then asked if he could direct an episode, Jack’s Story, which stars Jason Ritter and Wrenn Schmidt in the story of a teacher who is accused of a crime when a student asks for help.

“It could not be more different [from Scott’s Story] but, again, you can’t help but say, ‘What if?’ I just related to this character and understood him,” Chiklis says. “I’ve done a fair bit of law enforcement-based drama, and this is nothing like any of that. I particularly loved shooting some of the courtroom stuff because all of a sudden I was a kid again watching Gregory Peck [in To Kill A Mockingbird] and I stole and borrowed from a bunch of that as well.”

Meanwhile, Coda star Marlee Matlin makes her directorial debut on Ava’s Story. The Oscar-winning actor, who is deaf, admits she has always “flirted” with the idea of directing, but had never revealed her ambitions because she wasn’t sure if she would ever have the opportunity to do the job.

“It’s a wonderful industry, don’t get me wrong, but it’s more tough for me to get work as a deaf person. I would think that my opportunities would be more limited,” she says. “That’s why I never really explored it. But at the same time, people on the set and Howard in this team were trusting enough and gave me this opportunity, and I’m so grateful for that.”

Ava’s Story is particularly notable for the way the episode uses the camera and sound to place viewers into the world of the title character, who is deaf, and authentically represent the emotional highs and lows she experiences through the story. Matlin says writer Maile Meloy learned American Sign Language and listened to the stories of the deaf community in order to correctly represent them on screen.

“We talked extensively about sound, about perspective, about point of view, about the perspective of a deaf person and a hearing person – everyone had to make a decision about what worked because for me, obviously, sound is not my world,” Matlin continues. “I was grateful that Howard and everyone on board got it and that they knew it was crucial to telling the story, because the story had to be real.”

“Everyone has a story to tell and I’m excited about the fact that, in my episode, along with everyone else’s, people will look at deaf people in a new way,” Matlin adds. “A lot of people out there think we’re a monolithic community. We’re not; we don’t see alike, we don’t act alike – we’re human, just like everybody else. We have lives just like everybody else. I’m excited that this is one of a million stories of our particular community.”