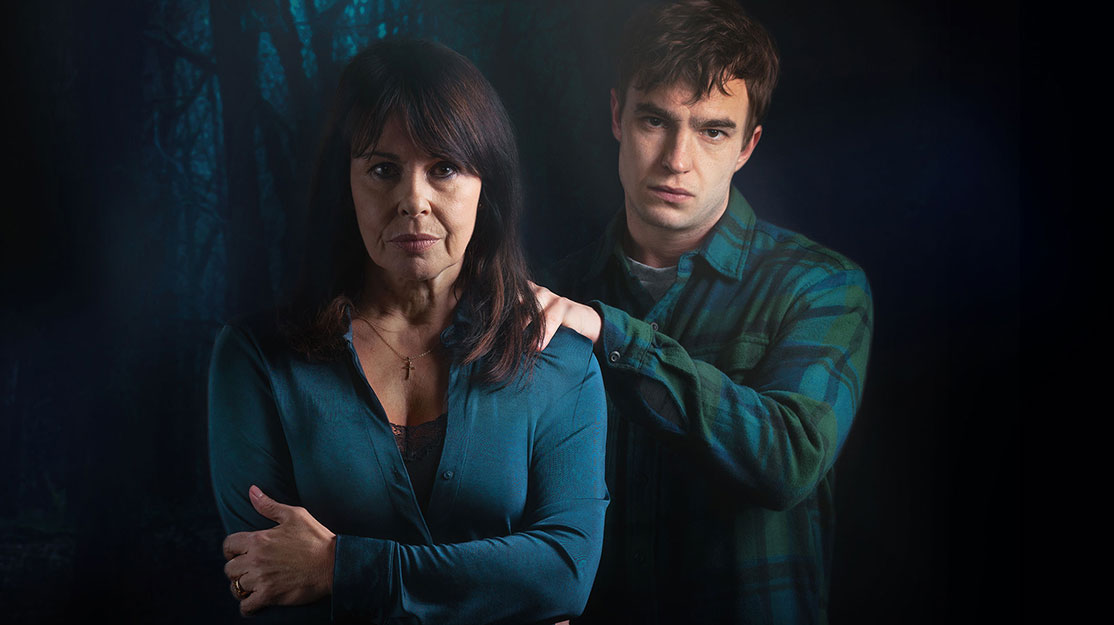 Let the wrong one in

Julie Graham leads the cast of Penance, a three-part psychological miniseries about one woman’s grief and what happens when she befriends a potentially deadly stranger.

Adapted by Kate O’Riordan from her 2016 novel, it’s the story of a bereaved middle-aged woman who gets caught up in a dangerous love triangle.

C5’s aim to produce mainstream-quality drama on a budget has resulted in productions like last autumn’s nail-biting Cold Call with Sally Lindsay, and Agatha & the Curse of Ishtar at Christmas. This year, we’ll see the rejuvenated All Creatures Great & Small and The Deceived, written by Derry Girls’ Lisa McKee and produced by All3Media-owned New Pictures.

“I was incredibly excited to pick up a new commission from Channel 5 so soon after launching,” explains Fisher. “For many years, Big Brother and Celebrity Big Brother were key features of the Channel 5 slate, so they decided after cancelling Big Brother to explore other genres, and one thing they hadn’t done was produce original drama.”

Fisher says he viewed the modest finance available for Penance as an exciting challenge. “If you know from the outset that your drama is going to be made on a relatively low budget, there are many things you can do to maximise the money you do have on screen.”

Keeping the main cast to just five characters helps keep costs in check. Julie Graham stars as Rosalie Douglas, a mum grieving the death of her son, Rob, who drowned in Thailand on his gap year. With her marriage to Luke (Neil Morrissey) already floundering after he had an affair, she and her teen daughter Maddie (Tallulah Greive) attend grief counselling sessions run by their priest, played by Art Malik. There they are befriended – and ultimately beguiled – by another attendee, Jed (Nico Mirallegro, pictured top alongside Graham).

Suffering under the weight of his own grief, Jed rekindles a hope for the future within the Douglas household. But underneath, a deadly and morally corrupt triangle is taking shape.

“One of Penance’s real strengths is that it feels intense and claustrophobic and like you’re very much in that compact world of characters,” explains Fisher. “It’s a domestic drama, so it doesn’t require a huge number of locations and is rooted in the family home.”

Casting well-known actors also attracts viewers. Morrissey has been a household name for decades as a star of Boon, Line of Duty and Men Behaving Badly, and says he found it easy to connect with Graham in this three-part series.

“I’m old friends with Julie, since the late 80s, when she filmed an episode of the ITV drama Boon alongside me, so there’s a shorthand between us,” explains Morrissey. “And coincidentally, Luke’s a brewer, which I also am! I provide the beer for my beloved Crystal Palace FC. I can tap into the kind of experience he has gone through [losing a son]. You can bring things to mind – in my case, the loss of my brother and my mother. At the age of 57, there’s enough I can call on.”

Graham also worked on another O’Riordan adaptation, 2006’s The Kindness of Strangers. “Julie has such a relatable and endearing quality,” says Fisher. “Viewers can watch her and totally understand her emotions. That’s integral to this story of Penance, because the character does make what you could call alarming decisions along the way. But because Julie puts in such a terrific, grounded performance, I totally find all her motivations entirely credible.”

“Grief is the shadow that falls over the whole piece,” explains the actor. “Rosalie makes very, very bad decisions because of grief, because she’s extremely vulnerable and easy to fool, and that’s what hooked me. It wasn’t just about a woman dissatisfied with her life and her marriage. That’s why she allows this man into her home and ultimately opens them up to the most awful situation.”

She adds that landing a meaty lead role at her age (54) was a delightful surprise. “When they offered it, I bit their hand off!” she laughs. “Ordinarily, for every four or five or even six parts for older actors, maybe there’s one for an actress over 40. I’d say it’s still 75/25 in terms of casting. That’s why ERA 50:50 [a campaign group for gender balance for actresses] is trying to get broadcasters to redress the balance.”

Costs on Penance were further contained by filming over five-and-a-half weeks near Dublin, even though the drama is set in an unidentified English town. “Ireland is attractive if you’re on a low budget because they have a really appealing tax credit,” explains Fisher. “I also film Blood in Ireland, and we have such a fantastic talented crew on that that I moved them all over to Penance.”

Even the lamentable Irish weather cooperated in helping Fisher keep within budget. “The climax of Penance leans into the tradition of the psychological thriller,” he explains. “It all takes place in pitch black in a woodland. We were shooting in November and it was absolutely freezing and the rain was pelting down, which from a production point of view was absolutely fantastic because we couldn’t have afforded that number of rain machines.”

Graham says a “Blitz spirit” helped everyone through the long evening’s filming. “We were all soaked to the skin and Nico and I were bruised and battered by the end of it, but everybody looked after each other,” she adds.

Due to debut tonight and air across three consecutive evenings in a bid to build tension and encourage binge-watching, Penance is yet more proof that C5’s bid to compete with established networks in the drama sphere is paying dividends.

“You don’t need millions of pounds per episode to make quality TV drama,” says Fisher. “What we found on Blood and what we’ll find on Penance is that viewers respond to a quality story. It doesn’t always need big flashes and bangs and stunts and expensive sets in order to be an accessible and relatable piece of TV drama for the viewer.

“Penance is made on a modest budget, but it has high production values and punches above its weight.”