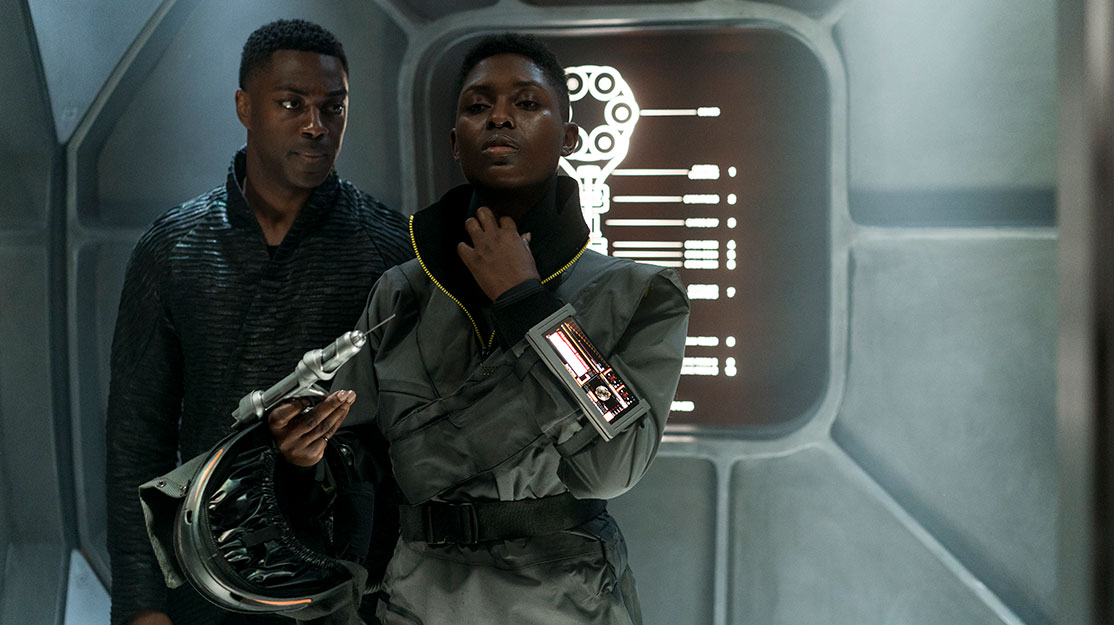 DQ takes a look at 10 of the hottest TV trailers to come out of annual fan fest San Diego Comic-Con, including the latest instalment of Doctor Who and new shows from Netflix, YouTube and DC Universe.

In the aftermath of San Diego Comic-Con 2018, the annual celebration of television and film fandom has left in its wake a host of trailers for a new batch of eagerly anticipated series.

From original dramas and spin-offs to adaptations and regenerations, there was plenty of new material to feast on ahead of the upcoming US fall season.

DQ takes a look at 10 of the hottest trailers that got the crowds in San Diego hungry for more.

Doctor Who season 11
“All of this is new to me… so would you be my new best friends?” says Jodie Whittaker (Broadchurch) in this preview of the actor as the first ever female Doctor, more than a year since she was revealed to be taking the lead role in the global sci-fi hit. Whittaker isn’t likely to be short of people keen to join the new Doctor on her adventures. That the star is also re-teaming with Broadchurch creator Chris Chibnall, Doctor Who’s new showrunner, means there is even more fervour than usual around the return of this BBC series later this year.

Nightflyers
While viewers eagerly await the final season of Game of Thrones, they can look forward to this adaptation of another George RR Martin novel that has hints of Event Horizon about it. Syfy and Netflix have teamed up for Nightflyers (also pictured top), a psychological thriller set in the year 2093 that follows a team of scientists aboard the Nightflyer, the most advanced ship ever built, as they embark on a journey to find other life forms. Their mission takes them to the edge of the solar system, and to the edge of insanity, as they realise true horror isn’t waiting for them in outer space – it’s already on their ship.

Titans
Not just a new series but the launchpad for a new platform, Titans is the first drama offering from the DC Universe SVoD service, which will bring DC Comics characters to the screen. In Titans, Dick Grayson (aka Robin) and Rachel Roth, a young girl possessed by a strange darkness, become embroiled in a conspiracy that could bring Hell on Earth, leading them to form a team of heroes alongside hot-headed Starfire and loveable Beast Boy. This isn’t definitely one for the kids, however, with plenty of scares and graphic violence. As Grayson says early on in the trailer, “F*** Batman!”

Origin
A YouTube Premium original series, this sci-fi thriller from writer Mika Watkins (Stan Lee’s Lucky Man, Troy: Fall of a City) sees a group of strangers searching for a fresh start on a newly colonised planet – but when they find themselves abandoned on board their spacecraft, they soon realise one of their fellow passengers is not who they claim to be. This is a chilling, high-concept drama that promises stunning visuals, and also offers further proof that nothing good ever comes from waking up early from a deep sleep in mid-space.

Mayans MC
Hit the road with this long-anticipated follow-up to hit Kurt Sutter’s award-winning biker drama Sons of Anarchy. Mayans MC follows Ezekiel ‘EZ’ Reyes, fresh out of prison, as he tries to carve out a new identity in a town where he was once the golden boy.

The Walking Dead season nine
Season nine of AMC’s zombie thriller sees one of US television’s biggest dramas continue under the stewardship of new showrunner Angela Kang, who has been given the unenviable task of overseeing star Andrew Lincoln’s departure from the series. Chances are Lincoln’s Rick Grimes won’t be allowed to walk off into the sunset, while this upcoming season is also likely to set out how the show could continue for several more seasons, should the network executives so wish.

Roswell, New Mexico
This is the second time Melinda Metz’s young-adult book series Roswell High has been adapted for TV, following Roswell, which aired on The WB and then UPC from 1999 to 2003. Coming to The CW in midseason, Roswell, New Mexico is an out-of-this-world drama that sees Roswell native Liz return home to help her sick father. This leads her to reconnect with local police officer Max, who she soon discovers is an alien keeping his origins and that of his siblings a secret.

The Purge
Based on the film franchise, this USA Network series builds on the ultra-violence of its big-screen cousin as it follows several seemingly unrelated, conflicted characters as they prepare for a 12-hour period when all crime – including murder – is legal.

Legacies
A spin-off from The Vampire Diaries and The Originals, Legacies will launch on The CW this fall. It tells the story of the next generation of supernatural beings at the Salvatore School for the Young and Gifted. But the question remains: will these young witches, vampires and werewolves become the heroes they want to be, or the villains they were born to be?