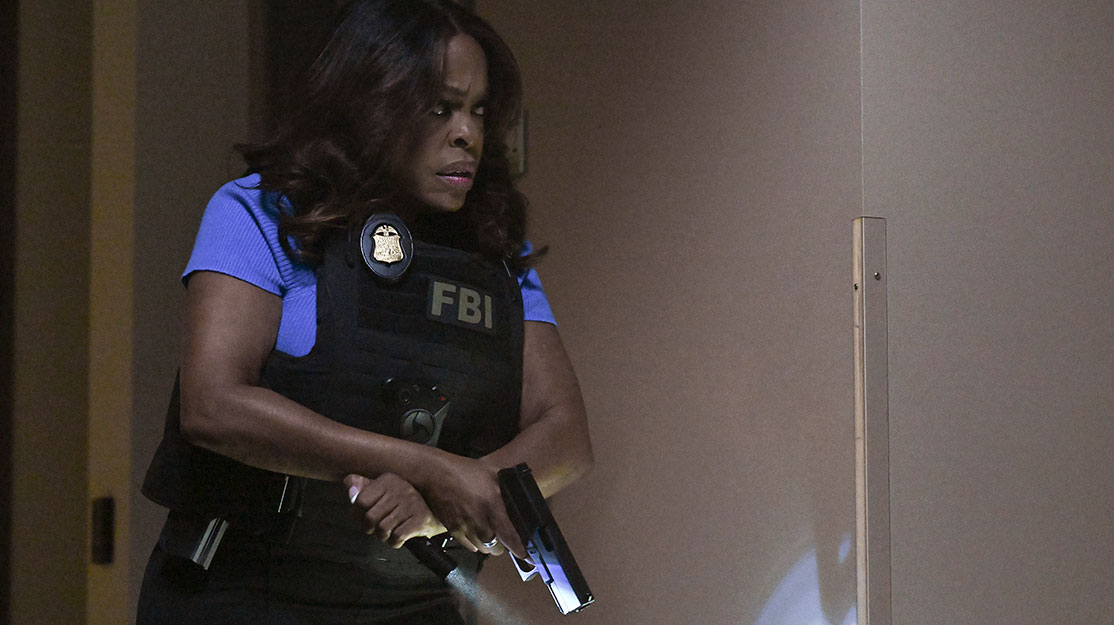 Four years after the launch of ABC police procedural The Rookie, showrunner Alexi Hawley is preparing for the launch of spin-off series The Rookie: Feds. He discusses how the show was born, its theme of second chances and partnering with star Niecy Nash-Betts.

After four seasons of running ABC police procedural The Rookie, showrunner Alexi Hawley is enjoying the “rarefied air” of returning for a fifth run this fall. But if making 22 episodes of a network drama in a single year wasn’t challenging enough, he’s now also overseeing its new spin-off, The Rookie: Feds.

Debuting in 2018, The Rookie introduced John Nolan (played by Castle’s Nathan Fillion), a middle-aged man who sets out to pursue his dream of becoming an LAPD officer after a life-changing incident. As the force’s oldest rookie, Nolan’s superiors see him as a walking midlife crisis. But with his life experience, determination and sense of humour, he tries to hold his own against his younger colleagues and keep up with the criminals terrorising LA.

The Rookie now joins the ranks of other network procedurals – NCIS, Law & Order and the FBI and Chicago franchises, among others – to expand the world of the show with its own spin-off. The Rookie: Feds was introduced as a backdoor pilot during a two-part story in season four of The Rookie, in which Nolan and the LA division of the FBI enlist the help of Simone Clark (Niecy Nash-Betts) – the oldest rookie at the FBI Academy at Quantico – when one of her former students becomes a suspect in a terror attack.

Hawley co-created The Rookie: Feds alongside Terence Paul Winter and both are executive producers of the show, which comes from Entertainment One (eOne) and ABC Signature. Like The Rookie, which has been sold into more than 180 countries, the new series is also distributed by eOne.

When DQ speaks to Hawley, both shows are shooting their eighth episodes, with all filming on all previous episodes in the can and the season premieres of each title nearing completion. The Rookie has a full 22-episode season, while Feds, as is traditional for first-year network shows, is working to an initial 13-episode order.

The idea for a spin-off from The Rookie had been in the back of Hawley’s mind for a long time, as he wondered how he might apply the show’s themes of reinvention and opening a second chapter in your life – “it used to be called the midlife crisis,” he says – in a new arena.

“Over the last generation or so, people have stopped waiting for the middle of their life to decide they’re unhappy or they want change things,” he explains. “We’ve seen that a lot during the pandemic years of people just going, ‘Life is too short. I don’t want to do this anymore. I don’t want to spend my days in an office.’ They’re no longer waiting until they’re 30 or 40 years old. They’re doing it now.

“That as a character template did lend itself to expanding our universe. Then it was just about, well, what do we want the spin-off to be? Do we want it to be another police show? If so, do we want it to be like 9-1-1, which is in LA but their spin-off [9-1-1: Lonestar] was in Texas, or do we want a different branch? Because the show is a bit of a love letter to Los Angeles, we decided to stay here and expand our universe into the FBI.”

While most US network shows produce a standalone pilot before they are given the greenlight to produce a full series, creating a spin-off from an already successful series gives creatives the opportunity to bring in new characters during the course of a season and then – if the audience and broadcaster response is positive – give them their own show. That ‘backdoor pilot’ approach was the path taken by The Rookie: Feds, with conversations taking place at the start of this year about how they might want the world of the show to look and how best to introduce Simone.

“You always want the first day on the job to be the beginning of the series. We didn’t want to do that during the during the backdoor pilot, so what we ultimately landed on was the idea that she is still at the FBI Academy, still at Quantico, in season four and then her first day on the job could be episode one, season one [of Feds],” Hawley says.

“You need a larger-than-life character to come into a show full of characters the audience already loves and write an episode or two around them that still stays within the voice of The Rookie. Finding Niecy to play that part was a big piece of the puzzle. You need that incredible actor [to lead the show]. I got super lucky attaching Nathan Fillion to The Rookie at the beginning, so we felt like we needed another TV star to branch out. Luckily, Niecy was available and interested.”

In episode 419 of The Rookie, Simone certainly makes an entrance by upsetting her driving instructor while showing off her advanced driving skills. A former high-school guidance counsellor, she doesn’t play by the FBI handbook, and it takes her work with Nolan for her bosses to see the potential in her unconventional methods.

When it came to building the character, Hawley and his team landed on the idea that Simone had deferred her lifelong dream of becoming an FBI agent when she fell pregnant with twins. Now that her kids are in college, she’s looking for a second chance to achieve her ambition. But it’s a decision that doesn’t sit well with her father, who still harbours anger at the way he was once treated by the law.

Simone then needed a superpower – a character trait or ability that would set her apart from her younger peers. More than 20 years spent working as a guidance counsellor at a high school in Washington DC has led to her becoming a great profiler – and her experience means she has met people destined for greatness, people destined for prison and everyone in between.

“We just thought that was a really fun way to give her a lot of experience that she could lean on to profile people without having done the job,” Hawley says.

Then in terms of casting Simone, Nash-Betts (Claws) stood out as an actor who, like Fillion, could carry both the comedic and dramatic elements of the role.

“To find someone like Nathan, who can do it all, was the dream. And then for Niecy to be available and interested was great,” Hawley says. “We had a couple of meetings with her and pitched her the character and started dialling it in with her. Then ultimately the stars aligned and we got to go do it.”

With Feds premiering on ABC next Tuesday, it’s remarkable that those conversations – first with the network and then with Nash-Betts – about launching a spin-off only began at the start of the year. Simone was then written into The Rookie and the episodes were shot, before there was a short waiting period for ABC to hand down a series order.

Feds received an optimistic sign when Hawley and Winter were told to start assembling a writers room before the show was officially picked up. Sound stages were also booked and, with ABC confirming the series in May, filming started in July.

The writers weren’t tasked with just creating the leading character, but also populating the entire world of Feds with characters viewers would hopefully come to love as much as those in The Rookie.

“The reason the shows we love succeed is because the chemistry between the actors is great,” Hawley says. “By being able to cast The Rookie around Nathan, I got to go and find the best chemistry. We were lucky enough to be able to do the same thing because we had Niecy. We could go, ‘Great, these characters are super fun’ and then cast them around her.”

“We then came up with this really fun idea of the other rookie, Brendon Acres [played by Keven Zegers], being a former actor, a guy who was the star of a show called Vampire Cop, which ultimately was unfulfilling to him,” Hawley says. “He gave up being an actor to become an FBI agent. But how do you get taken seriously when you used to be Vampire Cop? That allowed us to have fun, obviously, and play with that comedic tone, but also give him a serious backstory about a kid who was forced to live his father’s dream by becoming an actor.”

Having run The Rookie for four years, one of the biggest lessons Hawley is bringing from that show to Feds is the importance of keeping the storytelling unexpected. “How many television shows are there? How many streaming services are there? We’re just all experts in storytelling now because we watch so much of it, so it’s really hard to do something the audience doesn’t see coming,” he says.

“Part of the joy of the patrol show is anything can happen at any moment. That’s harder to do in Feds because it has more of a linear structure, but we’re still taking that lesson of, ‘OK, well, if we do have a crime to solve every episode, how do we keep trying to make it unexpected?’ Then we’re just trying to create a show that audiences look forward to watching. Even though we have high stakes, we do serious; and even though tragedy happens, audiences do look forward to watching us. We’re a bit of an escape, which, given the world today, is what you what.”

Now on the eve of the show’s launch, Hawley says fans of The Rookie can look forward to more “super fun,” entertaining action in The Rookie: Feds.

“It’s a really good group. Niecy is such a larger-than-life actress and the character she plays is pushy where she needs to be pushy, she has depth where she has to have depth, and you’re just rooting for her because she’s trying to do something that’s hard to do,” he says. “There’s a humanity to the show, which is fun but also really relatable.”