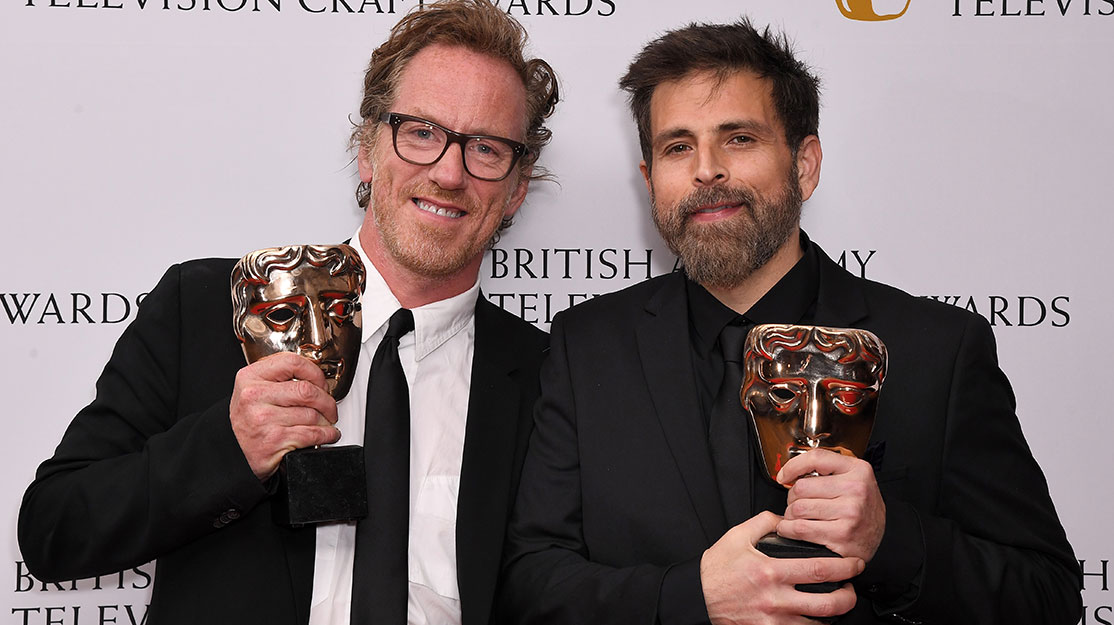 A Very English Scandal, Patrick Melrose and Killing Eve were among the shows that won at the British Academy Television Craft Awards 2019. DQ went backstage to speak to some of the winners in the drama categories.

As the celebration of skill and creativity in television began, British Academy chair Dame Pippa Harris told the seated guests: “Your work made such an impact on viewers in 2018 and proved that, at its very best, television has the power to change the way people think, feel or behave.”

Those words set the tone for Bafta’s Television Craft Awards 2019, which, within the intimate surroundings of central London’s The Brewery, proved to be an evening full of camaraderie and solidarity as winners, nominees and others from the industry paid tribute to some of the extraordinary work produced last year.

Following an introductory film featuring actor and host Stephen Mangan in a parody of Killing Eve (see below), complete with pink tulle dress, the awards were duly presented. In the drama categories, Pia Di Ciaula won best editing for BBC political drama A Very English Scandal; Adam McInnes, John Smith and Kevin Horsewood claimed the honours for special, visual and graphic effects for their work on Troy: Fall of a City; and Suzanne Cave picked up another award for A Very English Scandal for costume design.

Big cheers from across the room greeted Cave’s win, proving the non-partisan credentials of an event filled with people who had previously worked with one another – or are likely to in the future. Cave, whose credits also include The Hour, London Spy and the Strike series, praised her “fairy godmother” Ruth Kenley-Letts (The Hour, Strike, Mrs Wilson) for getting her into the industry.

Backstage, where rows of glistening Bafta statuettes stood in line on a side table, waiting to be handed out during the evening, David Nicholls was visibly struck at the significance of being named best drama writer for penning Sky Atlantic’s Patrick Melrose.

The five-part series, based on the books by Edward St Aubyn and starring Benedict Cumberbatch as the titular character, skewered upper-class circles as it followed Melrose’s journey from traumatic childhood to adult substance abuse and recovery.

Speaking to DQ moments after stepping away from the stage, award in hand, Nicholls recalled: “I read the first book in 1992 before I’d even thought about becoming a writer. It hadn’t even crossed my mind that I might one day adapt them. I loved them and it was always my dream project. It was always the one I wanted to do and I lived with them for five or six years, reading them over and over again, trying to work out a way to dramatise them.

“It’s been my dream job, an absolute highlight. It was incredibly hard work – frustrating at times, constantly rewriting this thing and trying to get it right. But I’m very proud of the work.”

Embracing the books, rather than seeing them as an obstacle or hindrance to overcome, proved to be the key to unlocking the adaptation. “You had to be truthful, make the changes that were necessary but try to convey what is wonderful and powerful about the books on screen. That was the intention,” Nicholls said.

“I’ve been incredibly lucky to collaborate with such a brilliant production team, designers and extraordinary and incredibly committed actors. I’m a novelist as well, so I spend a lot of time by myself, and sometimes when you go for a meeting, it’s tough. You have to thrash things out, you have to argue over them to find the best way to do something. But if you’re with great people who are committed to the show, it’s an incredible experience.”

Patrick Melrose produced another winner in the shape of Tom Burton, who triumphed in the production design section. “When I got asked about it originally, we had the scripts and I thought they were the best scripts I’d ever read,” Burton said, noting that he signed on to the production before director Edward Berger. “We had five episodes and five very different looks. The first one was really gritty, with Patrick smacked out of his head in his hotel room, and then the second was back to his childhood,  set at this lyrical, very beautiful French chateau. Then it carries on.

“The overarching ideas were to start dark and heavy and as he gradually comes out of his fog; to go from darkness into more clarity and simpler sets. Me and Ed and James Fleet, the DOP, just worked at it constantly, trying to create really strong, different looks for each episode and choosing colours and camera lenses so we had a really strong plan. Instead of having a look that runs through the whole show, we wanted to make five quite different-looking episodes.”

During the production, the cast and crew spent nine weeks shooting in the south of France, while Glasgow doubled for 1980s New York. “It worked incredibly well. We could never afford to shoot in New York, but the fact Glasgow has very straight streets means you can look down them and you get the idea of New York avenues. Then at Wimbledon Studios, there was [Patrick’s] hotel room and the really scuzzy drug den he goes to, so those were two sets we built for the first episode. We turned Senate House into the hotel lobby and then we built the corridor, lift and the hotel suite. No hotel is going to let somebody trash a room, which is what he does. So it made sense to build it as a set.”

While television dramas have become more ambitious in scope and scale, Burton said the demands of his job haven’t changed too much, but noted that VFX supervisors are becoming increasingly key collaborators. “I do get employed earlier than I used to,” he said. “The dynamics of television are changing – if you’ve got a big show, finding a production designer to start it off is almost what producers begin with, in conjunction with finding directors. Production designers have longer run-ups to the show. What’s happening now, as shows get bigger, is you get more time.”

Killing Eve scooped its second award of the night for original music, with David Holmes and Keefus Ciancia (pictured left and right respectively at the top of this page) collecting the gong. With the pair full of smiles, it was no surprise to hear Holmes say that on every project, “we just have a laugh.”

“We’re all going die one day and we try to work on projects we like,” he said. “We do it with a great sense of honour, integrity and love of what we do. It’s actually that simple. I have no aspirations other than to do my best. The best award you can get is just being busy, and that’s what we try to do.”

The show’s producers, Sid Gentle Films, gave the composers “a blank canvas” and they got to work after reading the scripts and speaking to season one showrunner Phoebe Waller-Bridge and the team.

“When you go into these shows, you should never try to create something that’s been done before,” Holmes continued. “You have to focus on what the show is, and what we tried to do from the beginning was create the soundtrack of Killing Eve. It was meant to be. The stars aligned.”

Ciancia added: “Most of the humour and drama was already there [in the script], so our work is either enhancement or thematic music, or sounds that are coming from the characters’ heads. And because it was set in different countries and different settings, that allowed us to use a range of instruments . It’s more about the spirit, and that’s unique to this show.”

Meanwhile, A Very English Scandal proved to be the big winner of the night with three awards overall – the third being Stephen Frears’ win in the fiction director category.

“It was very, very good fun. It was an easy job. It was very well written, with very good actors,” Frears said when asked what he most fondly remembered about the project.

A Very English Scandal scribe Russell T Davies lost out to Nicholls in the drama writer category, but Frears was full of praise for his collaborator: “He’s a wonderful writer, very funny, and he’s very cheeky and naughty and moving. It was great, terrific.”

The award becomes Frears’ fifth Bafta in a collection that celebrates his five decades as a director. His advice for any newcomers? “Courage – and hope you’re as lucky as I am and get good material.”

The biggest applause of the night was reserved for script supervisor Emma Thomas, who received the event’s Special Award in recognition of the impact of her 30-year career on the industry and her contribution to more than 50 films and television series. With credits on titles such as Guerrilla, Luther, Critical, Benidorm and Star Wars: The Force Awakens, Thomas is also a board member of Women in Film and Television and actively mentors young women in industry.

“I’ve had the privilege to work with a number of talented professionals, to work on a huge variety of programmes and films throughout my career, and I’ve been at the forefront of this ever-changing industry,” Thomas said. “It’s a privilege to have been awarded the prestigious British Academy Television Craft Special Award in a year where so many women have been recognised by Bafta both in front of and behind the screen.”

The award and the room’s recognition of Thomas summed up the supportive atmosphere of the event, where the biggest dramas of 2018 all received plaudits. Next up, the teams behind A Very English Scandal, Killing Eve and Patrick Melrose will be hoping for success at sister event the Bafta Television Awards on May 12.