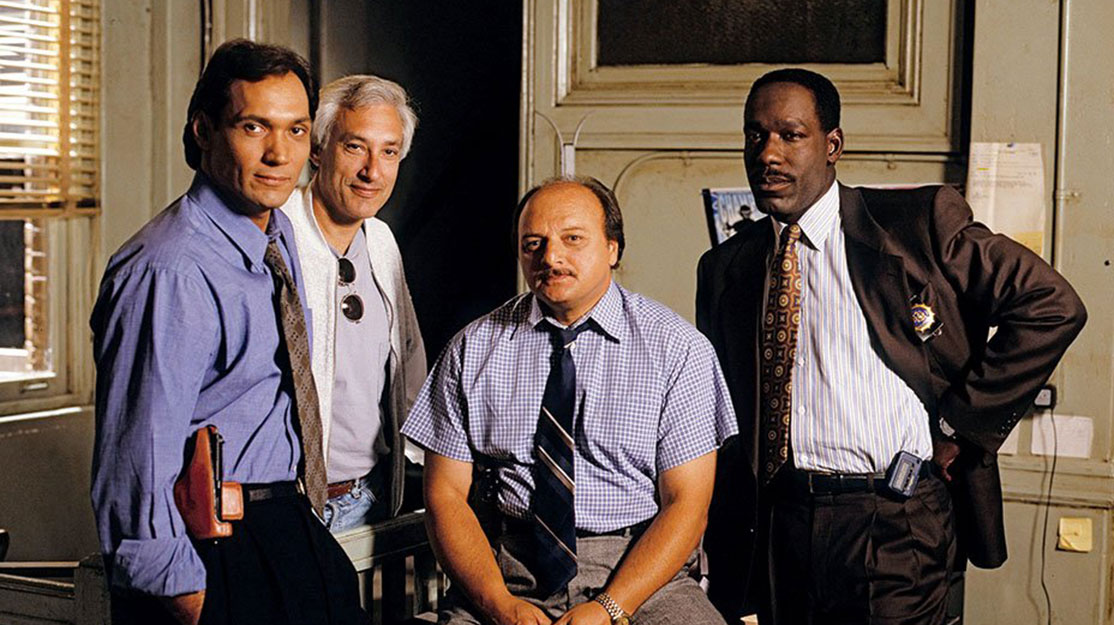 The legacy of producer and writer Steven Bochco, who has passed away aged 74, goes far beyond his body of screen work. He changed the way television drama was made – and for that, every viewer today must be truly thankful.

Long before Breaking Bad, Mad Men and The Sopranos, the series that arguably marked the start of this current golden age of television, there was Steven Bochco. The writer and producer, who died on Sunday aged 74, is widely – and rightly – acknowledged as changing the way television was made as he led some of the biggest shows in US television during the 1980s and 1990s.

Series such as Hill Street Blues, LA Law and NYPD Blue (pictured top, with Bochco second from left) pushed the boundaries of television drama, and particularly crime drama, as it was then, injecting serialised story strands and multiple character arcs in a way that previously hadn’t been seen on primetime television.

This would become a blueprint for almost every television series that followed and, as such, Bochco’s fingerprints can be found on almost any drama series on TV today. Another series, Murder One, laid the roadmap for shows such as True Detective by taking a whole season to investigate one crime.

He was rewarded during his career with 10 Emmy awards for three shows. Following its launch in 1981, Hill Street Blues (created with Michael Kozoll) was nominated for 27 Emmys in its first year and went on to score 26 Emmys during its seven-season run, which introduced a sprawling, fast-paced world of flawed heroes and a unique documentary camera style.

Bochco went on to create LA Law (1986, with Terry Louise Fisher), Doogie Howser MD (1989, with David E Kelley), NYPD Blue (1993, with David Milch) and Murder One (1995, with Charles H Eglee and Channing Gibson), among many others, while his screenwriting credits included episodes of Delvecchio, Ironside, The Twilight Zone and Columbo. His most recent series was Murder in the First (co-created with Eric Lodal), which aired on cable network TNT between 2014 and 2016.

Other series, such as Bay City Blues, about a minor league baseball team, and Cop Rock, which mixed police drama with song and dance routines, were less successful.

But it’s not just his body of work that makes Bochco stand out among his peers. It’s also that his peers, many of whom have paid tribute to the producer, regard him as among the greatest television talents of all time.

Former X-Files showrunner Frank Spotnitz said: “Anyone who loves drama owes a massive debt to Steven Bochco. He changed television storytelling forever with Hill Street Blues and enriched our lives with so many other great series. A giant in the industry is at rest.”

National Treasure and Kiri writer Jack Thorne described Murder One as “the most bingeable show I’ve ever seen, and it came before any streaming service.” He added of Bochco: “A true great of screenwriting who changed the way that crime worked on TV, and by doing so changed TV.”

Beau Willimon (House of Cards) recalled: “As a kid, Hill Street Blues and LA Law were rituals in my house. All of us who grew up watching great TV and have benefited from the ground he broke [and] owe pioneer Steven Bochco a debt of gratitude.”

“Steven Bochco was a TV legend whose work influenced a generation,” said Jed Mercurio, creator of Line of Duty. “That he was a genius goes without saying. I was fortunate enough to work with Steven over a number of years and found him humble, polite, generous, warm and funny.”

Director Adam McKay (Anchorman) reserved particular praise for Hill Street Blues: “[It] changed everything when it came on TV in 1981. Heart-breaking, gritty, funny, real… It inspired me in a giant way.”

Fellow director Jon Cassar added: “He was a game changer. Hill Street Blues was very influential to me in how I saw the camera move on a TV drama.”

Actors have also shared superlatives to describe Bochco, with many crediting him for their first screen roles.

Viola Davis landed her first series regular role on City of Angels, where she also met her husband, Julius. “He was a fearless pioneer,” she said of Bochco. “A risk taker. A rule breaker. A visionary. He saw me. Rest in peace. Well done, sir.”

Will & Grace’s Debra Messing noted: “So sad to hear of Steven Bochco’s passing. He was a pioneer, a gentleman, and gave me my first job in primetime TV. Rest well, sir. You will be missed.”

Blair Underwood added: “Steven hired me on LA Law and changed the trajectory of my life and career. There are opportunities available to me today because he took a chance on a kid like me, long ago. I’ll forever be grateful to him.”

Then there is Bill Brochtrup, who starred in more than 150 episodes of NYPD Blue. “It’s so sad to contemplate a world without Steven Bochco,” he said. “It’s difficult to adequately express the depth of the love, gratitude and respect I have for him. Steven absolutely changed the course of my life and career. A truly great man.”

With NYPD Blue, Bochco also set out to redefine the levels of acceptable language and nudity on broadcast television, going head-to-head with then ABC Entertainment president Bob Iger, who is now CEO of Walt Disney. “Today our industry lost a visionary, a creative force, a risk taker, a witty, urbane storyteller with an uncanny ability to know what the world wanted. We were long-term colleagues, and longer term friends, and I am deeply saddened,” Iger said at news of Bochco’s death.

As television mourns the loss of one of its greatest pioneers, Bochco’s legacy will remain on screen for years to come.