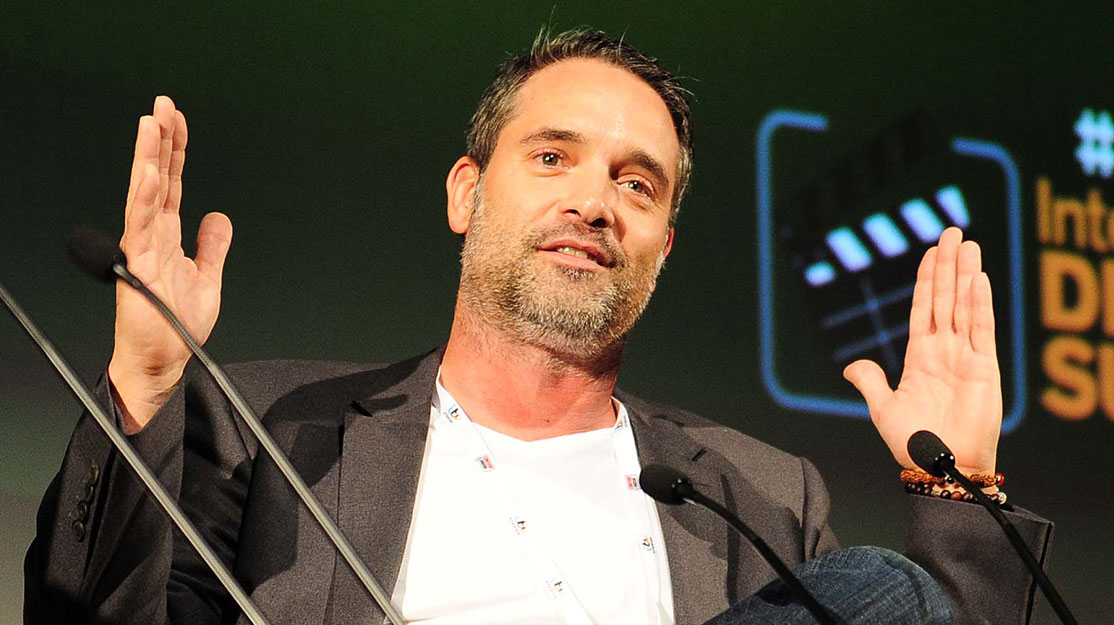 Having built a career in US network television with series like ABC’s Ugly Betty and CBS’s Criminal Minds, it must have felt strange to segue from Hollywood to heading drama development at the world’s largest online retailer.

Morgan Wandell admits he was apprehensive about joining Amazon Studios just over two years ago, having spent seven at ABC Studios, but says the reaction couldn’t have been more positive.

“The reality was people were dying to move away from broadcast television, they were desperate to get away from industrial-grade shows,” he says. “There were a lot of creators with passion projects that they hadn’t been able to find homes for or who wanted to do something different.”

Wandell joined a few weeks before Amazon confirmed its first two drama pilots. Bosch, an adaptation of Michael Connelly’s bestselling Harry Bosch crime novels, went ahead and has since been renewed for a second season. The After, a sci-fi drama that marked The X-Files creator Chris Carter’s return to series, never made it off the starting blocks.

But it was Transparent that really put Amazon on the map. Jill Soloway’s comedy-drama about a father (Jeffrey Tambor) who comes out as transgender became the first online-only show to win Golden Globes in 2015. It was also nominated for three gongs at this year’s ceremony, though it failed to take home any awards.

“Transparent was an unbelievable asset for the company to have out of the gate. It really helped define the brand and what people should expect from us,” says Wandell.

Next came Ron Perlman thriller Hand of God, about a corrupt judge who has a breakdown and starts hearing the voice of the Almighty. Bigger still was The Man in the High Castle, an adaptation of Philip K Dick’s novel imagining an alternative outcome to the Second World War. Exec produced by Ridley Scott and Frank Spotnitz, it was released in November.

The latter came about in much the same way as other Amazon dramas. “I started to call producers who I’d previously worked with,” says Wandell. “I knew Frank from a show called Night Stalker we did at ABC. My question to him was simple: ‘What do you have that you’re dying to make that keeps you up at night that you haven’t been able to get made at any other place?’ He said, ‘The answer’s simple – The Man in the High Castle.’”

This begs the question why no one else was prepared to make it. “It’s challenging material,” says Wandell. “It’s Nazis, fascism – a lot of uncomfortable moments.”

Amazon’s own High Castle advertising did create worries in the US, however, where Nazi and imperial Japanese flags plastered on the New York subway had to be removed.

Wandell is more comfortable discussing the liberation of TV from the shackles of tradition. When he began at Amazon, he was surprised to realise there was “a whole generation of creators who’ve spent their lives building up very specific narrative muscles” as a response to network requirements.

When he started out as a development exec, a four-act structure for TV shows was prevalent. During his time at ABC this evolved to five, then six. But at Amazon the rulebook is thrown out of the window.

“There were a lot of producers or writers who, once they moved into this environment and were liberated from that kind of structure, had a difficult time creating the sorts of scenes you really need in premium TV because we’d stripped away the narrative tropes they relied on,” he says.

He admits the company might not achieve this every time but believes its open online pilot process offers improved chances of success. “Hopefully you make better decisions when you have hundreds of thousands of people watching versus testing centres in north Hollywood where 50 people who have nothing else to do on a Tuesday afternoon will, for cold pizza and 40 bucks, come in and tell you why your pilot stinks.”

Wandell may owe his present position to a career in broadcast, but he doesn’t hold high hopes for the future of the networks he came from. “It’s very challenging for them,” he says. “I have no crystal ball but it’s a lot more fun to be the disruptor than the disrupted.”

tagged in: Amazon, Bosch, Hand of God, Morgan Wandell, The Man in the High Castle, Transparent