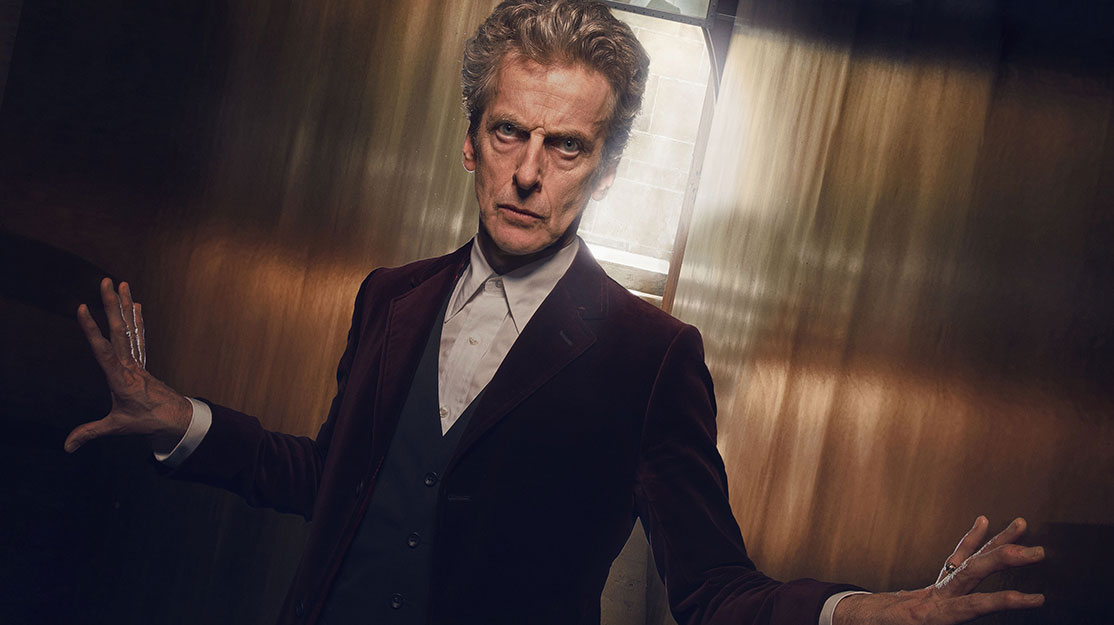 With Peter Capaldi revealing he plans to leave the Tardis at the same time as showrunner Steven Moffatt also departs Doctor Who, Stephen Arnell considers the future for the long-running sci-fi drama.

The old adage ‘be careful what you wish for’ may strike Doctor Who star Peter Capaldi (above) as particularly pertinent in the light of his decision to leave the show later this year.

Especially so since Capaldi was a devotee of the series in his youth, even going to the extent of writing a fan letter to the Radio Times way back in 1974 when he was just 15.

When he landed the role in 2013, it must have been something of a dream come true for the actor, hitherto best known in the UK playing the foul-mouthed spin doctor Malcolm Tucker in the BBC comedy The Thick of It (2005-2012).

Since Capaldi became the 12th incarnation of the Doctor after the exit of Matt Smith (The Crown), the show has suffered a noticeable decline in ratings and sniping from both critics and fans concerning the quality of scripting – and occasionally the acting.

Back in November 2015, Capaldi blamed declining viewing figures on what he felt was erratic scheduling by the BBC, for what is still essentially a family show. The series was moved from its previous family-friendly teatime slot and frequently finished after the 21.00 watershed. “I feel it’s slightly used as a pawn in a Saturday night warfare,” he said. “I feel as if it should go out at 19.30 or around that time.”

“And once you get past 20.15, you’re getting yourself into adult territory and although a lot of adults really like it, at its heart, it’s designed to do a lot of entertaining of children as well.”

Also departing with Capaldi following the 2017 Christmas special is showrunner Steven Moffat, who suffered flak for what was seen by some as overcomplicated plotting, subpar effects, pointless gimmicks, shouted dialogue and weak attempts at humour – criticisms that also dogged him across the Matt Smith era.

Even Doctor Who’s music came under fire, with the score at times tipping into parody with its recurrent intrusive bombast.

Stunt casting of guest stars also drew criticism, harking back to the dying days of the original series when comedians such as Ken Dodd, pop stars like Leee John from Imagination and light-entertainment hosts including Nicholas Parsons all made appearances in the show.

It’s possible that in acting as showrunner to both Doctor Who and Sherlock, Moffat had taken on too much – to the detriment of both shows.

Older fans dubbed Capaldi the Colin Baker (the sixth doctor) of the rebooted Doctor Who – a capable actor felt to have been let down by the creative team.

But as long as the series is a relative cash cow for distributor BBC Worldwide, the corporation will continue with the show, hoping that incoming showrunner Chris Chibnall can breathe new life into the ailing franchise.

Chibnall has a resumé that mainly comprises sci-fi and fantasy, although it does include the hit crime drama Broadchurch (and its failed US counterpart Gracepoint), plus a UK version of Dick Wolf’s Law & Order, Doctor Who spin-off Torchwood, and episodes of Doctor Who itself.

Back in 2011, alongside Vikings’ Michael Hirst, he co-created the shortlived Starz series Camelot, which chimed with his earlier unsuccessful attempt to get his 2005 take on Merlin commissioned by the BBC.

The BBC will no doubt ramp up expectations around the casting of The 13th (unlucky for some?) Doctor.

The betting seems to be going in the direction of either a female or non-white (or both) actor for the role, representing a clean break from the white male casting of the role to date, although conversely Ben Wishaw (Spectre, London Spy) is currently the favourite in terms of odds.

It’s difficult to see Wishaw giving up his varied and successful career in film and TV for the part, but stranger things have happened.

Both David Tennant (Broadchurch, Jessica Jones) and Matt Smith (The Crown) have by and large managed to escape being pigeon-holed by the role of The Doctor, which tended to be the case for previous leads in original 1963 to 1989 run of the show.

Going by previous casting for the role, it’s probably unlikely to be an actor who is too familiar to viewers. The only real exception to this was Christopher Eccleston, who launched the rebooted show for one season back in 2005, when the BBC presumably felt a ‘name’ was necessary to give Doctor Who a fighting chance against the competition.

Which indeed it did, as an average audience of eight million viewers tuned into the series, with strong audience appreciation figures of 80-plus throughout the 13-episode season.

Eccleston left soon after the conclusion of his sole season, with a number of conflicting rumours continuing to this day as to exactly why – depending on which member of the production team one talks to.

So how will Chibnall approach the task of kickstarting the franchise? Will he re-invent the character and bring the Doctor down to earth, as happened literally in the original series, when the third Doctor (Jon Pertwee) was exiled to Earth and denied use of the Tardis by his fellow Time Lords for his first 25-episode season in the role?

There may be further tie-ins with the BBC3 spin-off Class, or possibly the return of Torchwood in some form.

Resurrecting old villains is also a way of igniting the fan base, so perhaps we can expect some of the lesser-known baddies to return – the Quatermass-influenced Daemons (season eight of the original series, with the third Doctor) being a particular favourite among Who aficionados.

Whatever happens, there will always be the challenge of pleasing a family audience – keeping it exciting and scary for the kids but maintaining enough character, humour and knowingness for the adults.

Whatever happens, expect some radical changes – going by the usual trends in TV drama, Doctor Who’s waning ratings will herald steeper falls in the not-too-distant future if unchecked.