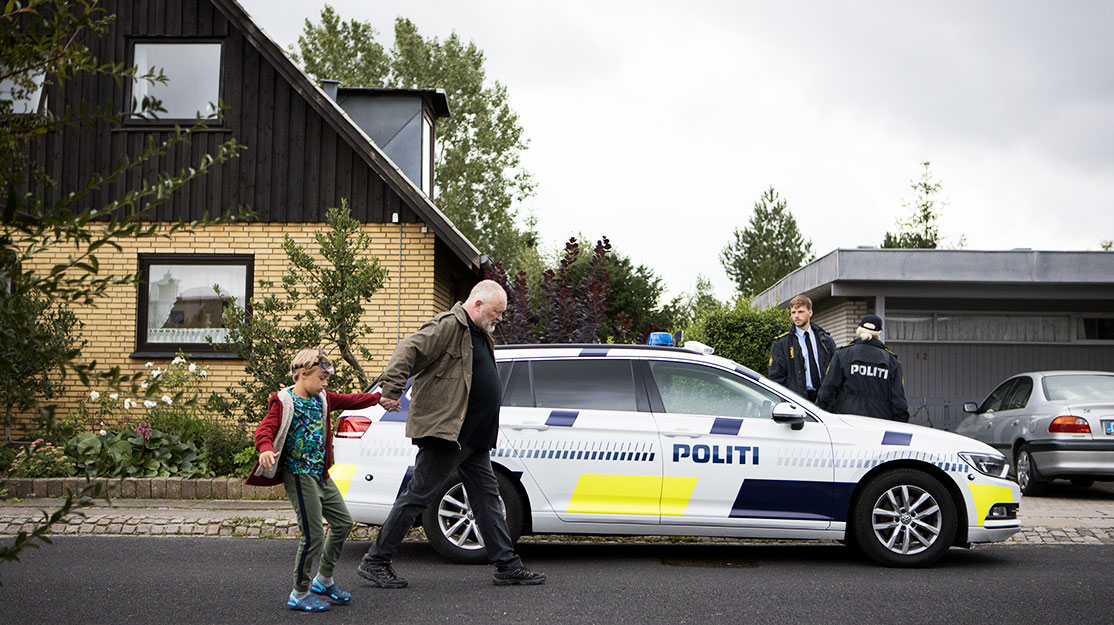 When 14-year-old Holly writes a school essay about violence in her family home, the ramifications are unsurprisingly devastating and far-reaching. But as she and her seven-year-old brother Theo are placed in foster care, her parents – including her accused stepfather – claim the allegations are nothing more than teenage rebellion.

Danish drama Ulven Kommer (Cry Wolf) then introduces social worker Lars who, like the viewer, is left to determine who is telling the truth and who is lying.

The series, which previously went by the working title En Familiesag (A Family Matter), is produced by DR and distributed by DR Sales. It was discussed at Berlinale as part of the event’s Danish drama showcase in February and also features in the international competition at Series Mania Digital Forum’s Buyers Showcase.

What are the origins of the project?
Head writer Maja Jul Larsen came up with the idea. Over a period of almost two years, Maja did an immense amount of research before she wrote the story.

Why did the story appeal to you?
I thought it was a brilliant idea to tell a crime story with a social worker as the detective. The whodunnit element of this otherwise socially realistic drama was very appealing.

Why was it a story the writers wanted to tell?
Maja was fascinated by the work of social services; the dilemmas that come from dealing with human beings and the power that comes with that kind of responsibility for someone else’s lives.

How does it reflect themes in Denmark or wider society?
Actually, Denmark’s prime minister gave a New Year’s speech with a focus on children’s welfare and how she wanted more children removed by the social services. She even claimed to be the ‘children’s minister.’

How was the series developed for DR?
Maja pitched the idea for DR. Initially, Maja went through a thorough research period with an immense amount of reading and interviews. As soon as DR greenlit the show, we had a writer’s room developing the characters and the plot for a year. This was alongside conceptual work, with concept director Pernille Fischer Christensen working on the visual ideas, the actors working on character development and so on.

How do you want viewers to feel about the characters as the story unfolds?
I hope the viewers will enjoy getting to investigate the case together with our social worker, and that they will maintain curiosity about the role of the parents – especially the mother.

What is the key to keeping viewers guessing about the truth of the allegations until the end?
The constant change of perspective, which highlights the fact that, when it comes to human beings, nothing is ever black and white.

How would you describe the writing process?
Curious, examining and investigative. An ongoing elaboration of the characters. It is also based on a strong collaboration with all the essential key members of the team.

Does the series have a particular visual style?
The visual concept is a persistent and very intimate character study. The camera gives an objective truth to each character.

Where was the series filmed and how did you use locations in the series?
The entire show is shot on location in various suburbs of Copenhagen. We tried to make everything as authentic as possible, from the legal procedures of the social services to the psychological behaviour of the characters.

What challenges have you faced?
The toughest part was depicting the complex psychology of the characters without spoiling the plot before the end.

How do you hope viewers will respond to the story?
Hopefully the show will create debate about welfare, responsibility and taboos.
Also, I dream about a weekly discussion among viewers about the decisions that our main character makes in each episode, as a result of whether they believe Holly is lying or telling the truth.

What is the key to DR’s recent success with internationally successful drama series?
DR is unique in terms of time, whether it’s contemplation for the creatives, actual shooting time or pace in the storytelling. I believe that is what makes DR’s series high level.
Also, DR has somehow managed to be extremely current with its drama series, combining public service and entertainment with relevant stories that reflect society today.