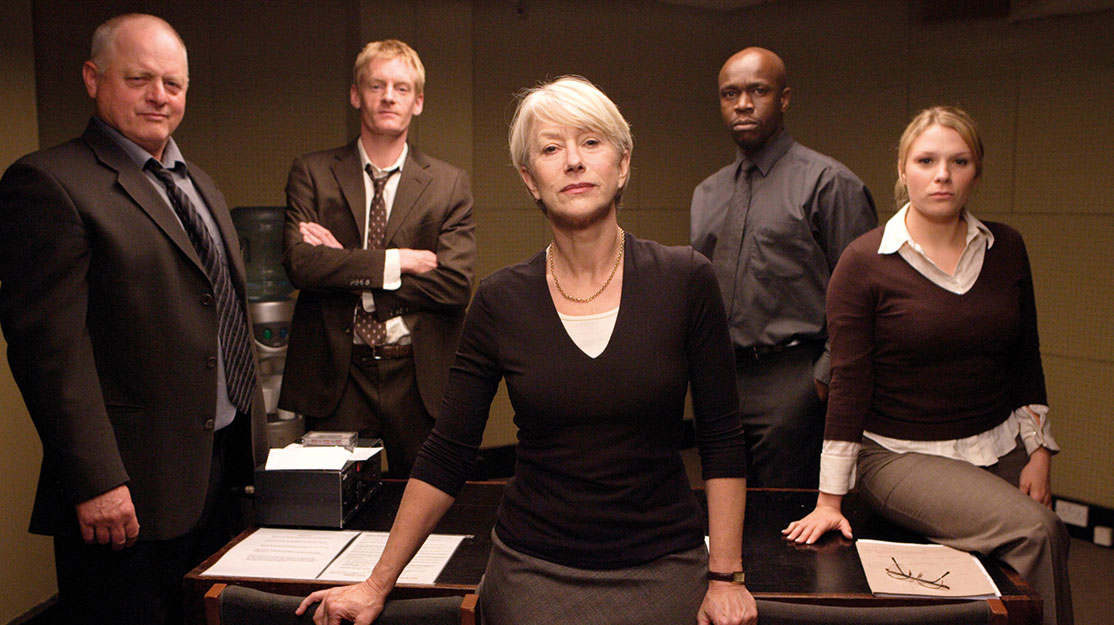 Under the Influence: Susanne Simpson

The executive producer of anthology drama strand Masterpiece on PBS reveals how the works of iconic filmmakers led her to produce documentaries before tuning into scripted series.

How did you first break into the television industry?
I went to the University of Michigan thinking I was going to be a lawyer because I loved English literature and history. That was just a career path I knew, so I thought it was where I’d eventually end up. But a professor I admired had a course on Fellini, Godard and Bergman and I took a stronger interest in film after that.

When I moved to Boston, I started working on independent documentaries. I made a film with two friends, Eight Minutes to Midnight, about an anti-nuclear activist, and it was nominated for an Academy Award. I feel I’ve been very lucky because it was just by chance I hit on film. I had always been a film and TV watcher, but that one professor is the reason I’m in the business now.

I wanted to be able to work in film, so I started getting jobs as a film editor and then as a TV programme editor. I felt it was a chance for me to see how stories are put together and how people shoot films, until I reached a point when I thought I could write and direct a documentary.

How did you develop your career as a documentary producer?
At [PBS’s flagship public broadcast network] WGBH/Boston, we have an excellent system that allows you to be the writer, producer and director of your work, so it was a real opportunity to write and produce documentaries. One was about the Sistine Chapel, another was on Sigmund Freud. Then I got the opportunity to run a unit that made IMAX films.

Science museums around the country were looking for good films and I was able to produce five. One was Special Effects: Anything Can Happen, with George Lucas’s Industrial Light and Magic, which also got an Academy Award nomination. Then I made a film called Shackleton’s Antarctic Adventure, but after that I started doing more drama-docs – and that’s how I came to Masterpiece.

What attracted you to working in drama?
I had known [executive-producer-at-large] Rebecca Eaton for many years at WGBH and became interested in drama while I was supervising some drama-docs for science series Nova, so I started taking a scriptwriting course to learn more about it. At that time, Rebecca asked me to come and help her at Masterpiece. She was a real partner and I’ve been very lucky to work with her for these past 12 years.

When I was young, I didn’t aspire to make feature films. I wanted to make documentaries with purpose. The films that inspired me were Hearts & Minds and The Sorrow & The Pity, which were about the big themes in life. I looked at feature docs as thematically on par with dramas. Then, because of the good fortune of working at WGBH, I got to know Masterpiece and what Rebecca was doing.

How has Masterpiece built its reputation as a home of British drama?
We’re really lucky at Masterpiece because we’re an anthology series, which means we can look across all the programming that comes out of the UK – costume dramas, detective shows and contemporary stories. What we’re trying to do is find the best drama and bring it to the US audience. It doesn’t matter what it is, so in the years before I came to Masterpiece, it had everything on offer – you could bring great dramas like The Forsyte Saga and Prime Suspect [pictured top] to the US. Now, with so many people interested in drama, there are more ideas and more people, certainly film actors, going into drama.

We have been able to introduce great actors like Benedict Cumberbatch, Claire Foy, Helen Mirren and Daniel Radcliffe, who are now so well known to the American audience through other films they’ve done. Now we’re just looking for programmes that are thematically relevant to people. We have World on Fire, and because it’s done through the eye of younger characters, even though it’s about the Second World War, it’s very relevant thematically. So that’s one of the things we look for in the programming we choose.

Which programmes have inspired your career?
The kind of entertainment I really loved in the early years was State of Play, Cambridge Spies, Spooks, The Forsyte Saga, The West Wing and Mad Men. Now it’s Fleabag, Game of Thrones and The Good Fight. I love a lot of different kinds of programmes. It always comes down to the writing and acting quality. I’m inspired by great art, great literature and great films.