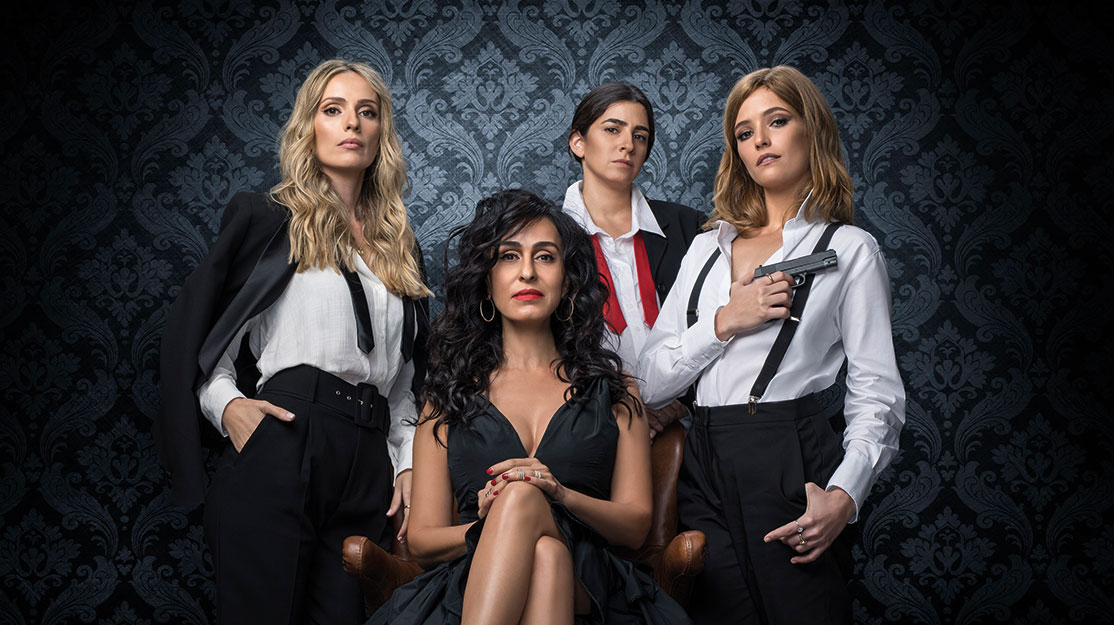 Under the Influence: Adi Arbel

The head of development at production company Endemol Shine Israel reveals how the chance to work in the movie business led her to build a television career and find inspiration in some of the most iconic female characters of recent years.

In my 20s, I had the rare opportunity to work as an assistant director on feature films when many international productions were shot in Israel. Working with actors such as Faye Dunaway, Tony Curtis and Sally Field gave me the chance to take part in high-budget feature films and experience the industry in all its glory.

This brought me to the understanding that one can create stories and realise them in a unique way. Working alongside great directors at such a young age influenced my entire professional career.

After a few intensive years working on film sets, I understood I needed to be where stories are created and started working as a content editor and artistic supervisor for TV channels. Even now I specialise in helping filmmakers give birth to their ideas and nourish them.

One of my first projects was a documentary film by Ari Folman about the War in Lebanon (1982), in which he took part as a young soldier. For more than 20 years he wanted to make a film about it, but couldn’t find the right approach. Eventually the idea of animation was brought up.

Back then, we hadn’t heard of animated documentaries and we decided to dare to try it out with one scene. This somewhat weird experiment turned into the Golden Globe winner and Academy Award nominee Waltz with Bashir.

What I look for in documentaries are unique situations that are beyond imagination – moments nobody could have invented. In dramas, I seek projects that reflect everyday life, whether set in a realistic environment or an imaginary one. I bring fictional tools into the documentaries and a documentary approach to the dramas.

The first film I directed in high school was a documentary about divorced parents’ children, and the last drama I was involved in – Fifty – deals with the same issue. After all these years, I’ve learned it is impossible to cope with all the sorrow and complexity of Israel’s turbulent region without a bit of humour.

Ever since I was young, I’ve been fascinated by the complexity of the human soul. I remember the first time I watched John Cassavetes’ A Woman Under Influence. The human face, with all the emotions and humanity that it reveals, really struck me. It was then that I realised there is a way to capture on screen the most delicate nuances of the soul.

Leaping into the present, series such as Mindhunter and Broadchurch bring similar qualities in completely different styles. The women who have most influenced me as a feminist filmmaker are fictional: Saga Norén (The Bridge), Alicia Florrick (The Good Wife), Pamela Adlon (Better Things) and June Osborne (The Handmaid’s Tale).

The long process of developing and writing TV series exposes me to the opportunity for profound dialogue on varied human situations. Whether working on a series such as Fifty (created by Yael Hedaya for Yes), Just for Today (created by Nir Bergman and Ram Nahari for Yes) or Queens (pictured top, created by Gal Zaid, Ruti Zaid, Danny Rosenberg and Dror Nobelman for Hot), which are all in different genres, we always strive to bring to the screen the wonder of our being.

In the past four years, I have had the privilege to work as head of development of both the scripted and documentary departments at Endemol Shine Israel, alongside head of drama Gal Zaid. There has been a great breakthrough in the TV world, which gave way to many new styles and genres.

The open-minded approach in this medium brings a new kind of freedom and creativity. People are watching series from all over the world and this new culture brings along many new ideas for TV content.

When writers bring up new ideas, it is important for me to keep an open mind and fulfil their vision – to support and help them find their true voice, even if it seems weird or risky at the start.