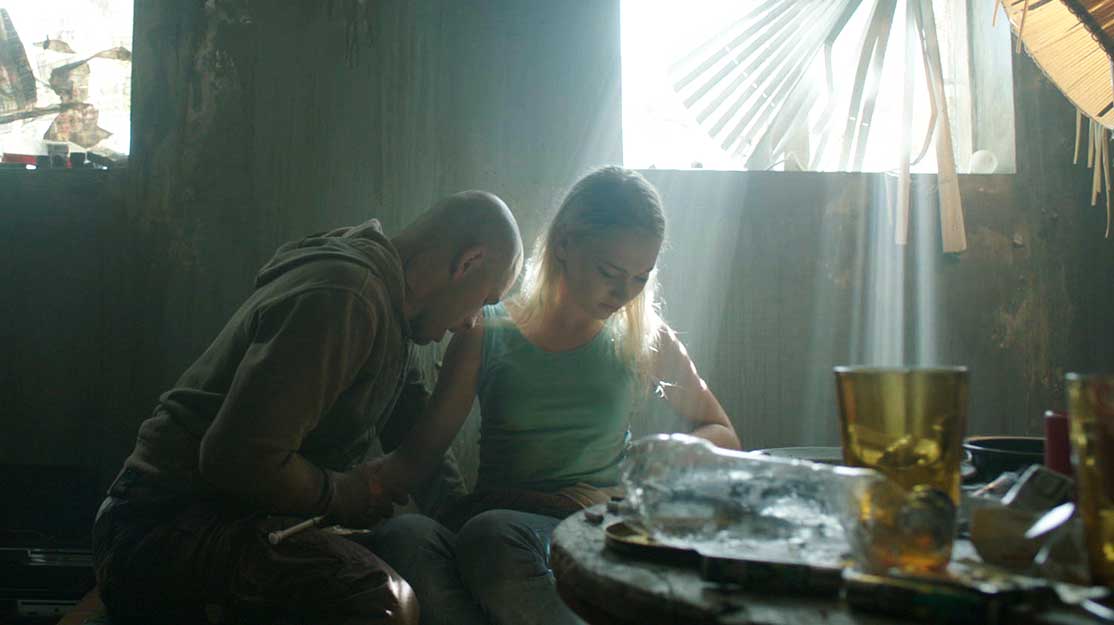 In an increasingly competitive market where coproductions are no longer an exception to the rule, one production company is hoping to reap the rewards of its European expansion.

Iceland’s Sagafilm made the decision in February this year to open a new office in Sweden, to capitalise on the close links between Scandinavian broadcasters and with ambitions to impose itself further in Europe and beyond.

Announcing the move, Sagafilm Nordic CEO Kjartan Thor Thordarson said the decision to establish a new base in the centre of Stockholm was, in part, due to Icelandic broadcasters’ inability to meet the rising costs for series: “Our focus remains TV drama, but chances to grow domestically have been hampered by the national stations’ ability to pay the full production cost for local series. At the same time, there is a huge appetite from foreign broadcasters for original scripted drama and remake opportunities.

“Our goal is to up the game by accessing different markets from Stockholm where we will develop more ambitious projects with international partners and handle our remakes around the world.”

He tells DQ: “It has changed everything. I’m closer to the Scandinavian buyers, which is very important if we’re to expand. I have seen quite a difference – a lot of people come to visit Stockholm to meet producers and channels, which you don’t see in Iceland. All the US channels seem to be looking at Scandinavia in a big way, and I profit from that. It makes sense being close to the market. It has done dramatic things for us.

“We hit it at the right time. The appetite for Scandinavian content is not losing ground – it’s still growing. What we’re seeing this year is there are so many more channels interested in buying this type of content and also getting in earlier, which is great for producers.”

Thordarson identifies a trend of European broadcasters moving away from the US content that has readily filled primetime slots in recent years and towards dramas from other countries that are proving to be ratings hits among domestic viewers. And it’s a trend of which many European territories are taking advantage.

“The US content seems to be giving way in Europe, so more slots are opening up for other things,” explains Thordarson. “When that happens, people look towards the successful markets, so both UK and Scandinavian content is benefiting, as are French shows. Italy has come in with Gomorrah and 1992. Germany is also getting more international recognition, so I think Europe is getting stronger.”

But it is in Scandinavia where Thordarson has seen first-hand the evolution of many networks’ attitudes towards homegrown drama, with an increasing number of nets throwing themselves into the arena.

“We have seen dramatic changes in Scandinavia,” he says. “All of a sudden in Sweden there are channels like Kanal 5, TV3 and HBO Nordic commissioning drama, which is new. Most of the people here in Sweden have previously said there were only two channels commissioning drama, and now there are five. The same thing is happening in other Scandinavian countries, including Iceland. We are seeing TV2 in Denmark adding more slots for local drama. The US content is giving way there, for example. I see this trend growing and the demand for unique content that’s not available everywhere is the reason for this. Channels are looking for more exclusive content.”

Sagafilm’s slate includes political drama The Minister for Iceland’s RUV, a fourth season of The Press (aka Pressa) for Channel 2 and an adaptation of a novel by author Stella Blómkvist.

But the series Thordarson says will be a game-changer for the firm is a new nine-part drama called Case, a thriller spin-off from its legal series Réttur (The Court).

Case opens with the apparent suicide of a promising young ballerina, and follows the battle between her biological parents and her foster parents to uncover the truth behind her death – all seen through the eyes of the lawyers involved. It is due to premiere in mid-October on Iceland’s Channel 2.

“The themes in the series are very much to do with what’s going on with social media – the problems of young people being too open online and the fact young girls are being manipulated to do things they’re not supposed to do. We expose a lot of dirt and filth along the way, not necessarily all connected to the death of this girl.

“We believe this series will change everything for us. If you take the UK, we saw BBC Four starting to air content they believed was for niche audiences, like Wallander, The Killing and our series The Night Shift. But it turned out a lot of British people want to watch international series not spoken in English. We’re like that everywhere, we just want good content – it doesn’t matter what language is spoken – and that benefits smaller markets. This year and next year you will see Icelandic, Finnish and Eastern European series doing very well internationally.”

A consequence of, or perhaps the motivation for, greater coproduction is the increasing budgets television dramas now demand, and Thordarson says Sagafilm is already adapting its own financing model.

“We used to look at Iceland as our primary market, but now we look at Europe as our primary market,” he says. “We’re financing our series completely differently now. In the past we financed 90% in Iceland and perhaps brought one Scandinavian channel on board. Now we’re looking at projects where we’re financing half out of Iceland and the rest internationally. It’s a completely different way of approaching things.

“The projects have changed as well; they’ve become more international. We look for stories we know will work in more than one country. We are even looking to commission things that are set in Iceland, but are not commissioned for Icelandic channels. Maybe we will sell it to an Icelandic channel. So we’re definitely doing things differently and looking for things that are global and fit into this coproduction model with characters from more than one country.”

Sagafilm’s expansion into Sweden, coupled with the growing appetite for Icelandic drama – BBC Four previously acquired Trapped – means it is now well placed to make its case for being a major player in the international market.