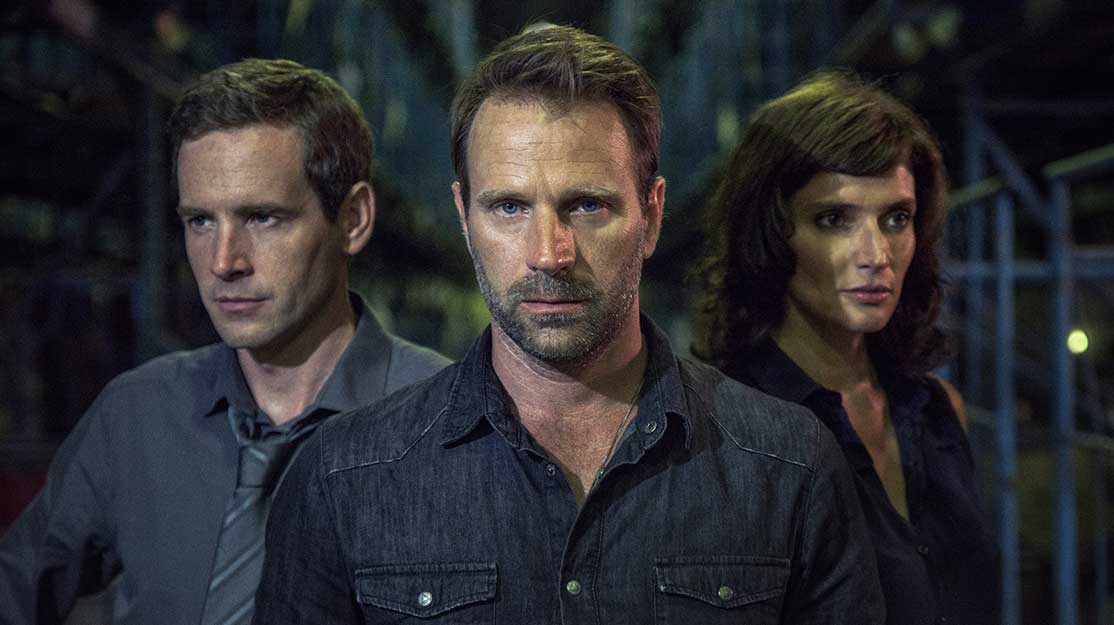 French broadcaster TF1 is breaking new ground with crime drama Contact, both on camera and off. DQ speaks to series producer Christophe Carmona.

When TF1 first ordered a pilot of mystery crime drama Contact, it was an unusual step to employ a system more synonymous with the US industry.

Unwilling to immediately commit to a full season of a show that placed a new spin on the tried-and-tested crime genre that remains so popular in France, the broadcaster placed an initial two-episode order for the programme.

But following its debut in December 2015, during which the double bill drew an average of 5.7 million viewers, the show was rewarded with an order for six more episodes – to the delight of producer Christophe Carmona. Filming is taking place this summer.

“It’s very unusual. We were the first to try this way of production,” Carmona reveals about the show’s journey to the screen. “TF1 was thinking of getting into production with one, two or three projects that sounded slightly risky. They wanted to test it so we had a lot to do to make the show work. They wanted to see the first two episodes before they ordered any more.”

Contact stands out from other police series by way of its central character, Thomas Adam (played by Thomas Jouannet), who has an unusual gift: by touching an object, he can see the memories of its previous owners.

“We were the first to do a cop show with anything fantastical in it,” Carmona asserts. “We’re not used to doing this kind of series here in France and TF1 has a very broad audience. They wanted to see if it could reach a certain level of ratings (before ordering more episodes).”

Carmona and his production company Carma Films, were looking to produce a new type of cop show for French television when he saw a documentary about Noreen Renier, a “psychic detective” who has collaborated on more than 600 city, county and state investigations in the US.

“It gave me this idea of doing something with her gift,” Carmona says. “I also wanted to tell a story about two brothers. I put these two ideas together and the story began to develop.”

Contact opens with Thomas – who 15 years earlier had travelled to the US in pursuit of his parents’ murderer – using his gift while working with the FBI. But after receiving an ominous warning, he returns to France to protect his policeman brother – and the pair soon become entangled in a mysterious plot related to the death of their parents and the disappearance of their sister.

Carmona recalls being unhappy with the first script drafts, which he describes as too “entertaining.” Instead, he and TF1 wanted something “more dramatic, more realistic,” and so writing continued until last spring when the greenlight to start production was given.

“It’s a semi-contained series with a strong arc about the two brothers because there is a mystery over who killed their parents,” he explains. “We know that maybe Thomas hasn’t killed the (real culprit of the murders) and that the guy coming after his brother might be the person who really killed their parents. This is the main plot. So we had to find a balance between this story and the ‘case of the week.’

“Thomas’s gift is not only something that allows us to play with some of the classic codes of procedural cop shows, it’s also a way to access the inside of characters we meet during the series. As Thomas sees their memories, he gets direct access to things that are very intimate and private, and it gives him a special relationship with all of them. This can be fun or dramatic, and is very useful to the storytelling.”

Despite the fantastical elements behind the series, which is distributed internationally by About Premium Content, Carmona says he insisted that the show be as realistic and natural as possible, from the production design to the cameras used during filming.

“The main aim was to make the viewer believe Thomas could exist in the real world,” he says. “I wanted the picture to have a vintage look, because modern cameras and lenses to be very sharp and are too perfect. I felt that if we had some imperfections in the picture, we could add to the impression that this was real and actually happening.

“We used lenses that are very old, that hadn’t actually been used for more than 40 years. The look is very different – the more realistic and natural, the better. We didn’t want it to be far from reality, quite the opposite. We went in a direction that led the viewer to think this could really exist in our modern world.”

As a result, very few special effects were used in the two-part pilot, barring the visual sequences depicting Thomas’ visions that were manipulated to make them stand out from the rest of the series. But more than anything else, Carmona points to the writing as the most challenging part of the production.

“We have to keep the quality of the scripts as high as we can and we have to dig a bit deeper into our characters,” he explains. “The arcs of the two main characters are very important for us and we want to go deeper into them.”

Next up for Carmona and Carma Films is thriller La Forêt for France 3, which he describes as akin to Top of the Lake or The Killing, and political hacker drama Republic 2.0 for Arte.

All these series contribute to claims that French broadcasters are opening their doors to increasingly “risky” stories – something for which Carmona says “producers in France have been waiting a long time.”

He adds: “The networks were airing many good foreign shows from the UK, Sweden, Denmark and, of course, the US. But viewers experience these shows and then demand that French TV productions have the same quality.

“As a producer, I love that TF1 took a chance with Contact because it’s unusual, it’s new and it’s challenging for us and the network. We have a good way of working with each other and it’s a good collaboration. The audience response and strong ratings are encouraging for the future.”