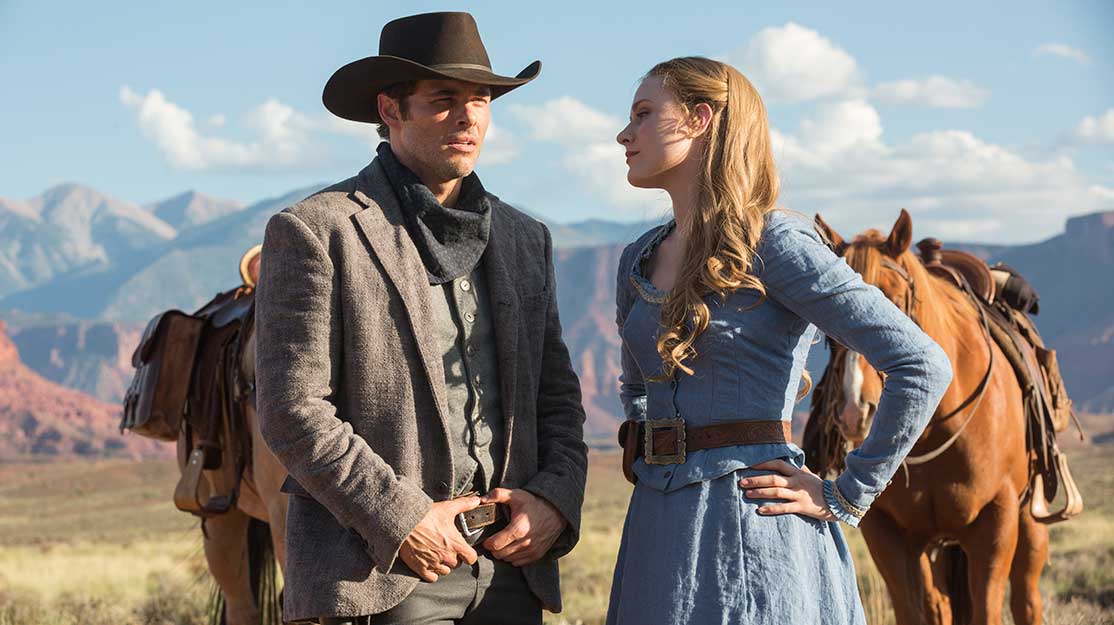 The bumpy road to success: Drama’s most troubled productions

With HBO preparing to debut the much-anticipated Westworld, Stephen Arnell finds that, despite its troubled production history, the show looks certain to be the cable channel’s latest hit.

The 1973 hit film has already spawned both a lacklustre sequel (1976’s Futureworld) and a short-lived CBS TV series, Beyond Westworld (1980).

Now Nolan and Joy’s Westworld (pictured above) has been plagued by production woes – including a two-month shutdown earlier this year, the departure of cast members Miranda Otto and Eion Bailey and a protracted development process since HBO ordered the pilot way back in August 2013.

At one point it was reported that HBO had persuaded Nolan to ‘put aside his ego’ to get the show back on track.

Earlier rumours of graphic rape and sex scenes in Westworld also gave fuel to widespread condemnations of HBO’s depictions of sexual violence against women, with critics citing other shows such as The Night Of, Game of Thrones, Rome, Deadwood and The Sopranos, in which this appeared to be a recurring theme.

Despite this, word of mouth around the show is exceptionally strong. Early reviews have given Westworld an aggregated score of 100% on Rotten Tomatoes, with some critics predicting a Thrones-style worldwide success for HBO.

In his September 19 review, IGN Movies’ Eric Goldman wrote: “From its standout cast to its excellent visuals to one hell of a hummable score by the great Ramin Djawadi (Game of Thrones), this is top-notch television in every respect.”

In SFX magazine on September 14, Patrick Goss also heaped praise on the show, commenting: “The first hour audiences spend in this park is, to my mind, one of the finest pilots of the last decade. A stellar cast certainly helps.”

With a cast that includes Anthony Hopkins, Thandie Newton, James Marsden, Evan Rachel Wood, Jeffrey Wright and Ed Harris, the series is certainly not stinting on talent, while the trailer’s eye-popping visuals confirm Westworld’s hefty budget (rumoured to be north of US$54m) should be plain to see on screen.

Of course, troubled TV productions are hardly rare – and a fair percentage defy initial misgivings to go to become hits.

Indeed, the original unbroadcast Game of Thrones pilot was deemed “a piece of shit” by Craig Mazin, a screenwriter associate of showrunners Dan Weiss and David Benioff, whom the duo asked to give his thoughts on the show.

After rewrites, reshooting and some recasting, Winter is Coming (the pilot’s title) hit the ground running and the rest, as they say, is history.

BBC2’s epic ‘state of the nation’ drama Our Friends in the North (1996) gave Daniel Craig his breakthrough role and is generally regarded as a TV classic, but production was anything but smooth.

Numerous re-shoots, re-writes, apparent clashes between cast members, directorial changes, legal complications, budget problems and an off/on attitude from senior BBC management should have created a disaster, but the alchemy of the cast and its ambition created a show remembered fondly by many, albeit with the acknowledgement that Our Friends could be a trifle po-faced at times.

In the same year, with the epic period drama Rhodes, BBC1 unhappily experienced some of the same problems as it did with Our Friends – this time without the upside of either high audiences or favourable reviews.

In development for the best part of a decade and costing £10m (US$13m) for 10 hour-long episodes, Rhodes was one of the UK’s most expensive dramas but found little traction with viewers.

Perhaps this was unsurprising, as the titular character of empire builder Cecil Rhodes (played by Martin Shaw) has a dubious place in British history, regarded by some as a racist imperialist fuelled by greed, with an alleged unhealthy penchant for underage male company.

So, all in all, a difficult character for viewers to warm to, especially in a Sunday evening timeslot usually reserved for undemanding period drama.

The Sunday Times critic AA Gill wrote: “Rhodes, the epic story, started with everything against it and then they made it all worse,” while David Aaronovitch in the Independent on Sunday said: “The BBC’s Rhodes is a man who cannot take a leak without the assistance of the Berlin Philharmonic.”

“It was very odd,” added Lynne Truss in The Times.

Back in 2005, the rebooted Doctor Who suffered from on-set tensions and the exit of star Christopher Eccleston (who had also starred in Our Friends) after just one season, with additional rumours of budget problems due to the then relative inexperience of showrunner Russell T Davies (Queer as Folk, Casanova).

Despite these setbacks, the show went from strength to strength, with the Doctor now in his fourth incarnation (played by Peter Capaldi) since Eccleston’s sole season.

Downton Abbey is a genuine copper-bottomed international hit, but the show had more than its fair share of problems, including the sudden departures of stars such as Dan Stevens, together with unresolved and increasingly soapy storylines all adding to the impression of a production that was seen by some commentators to occasionally be running on fumes.

The worldwide success of Sherlock is belied by the troubles surrounding the pilot, A Study in Pink, which was junked (at a cost of almost £1m to the BBC) and completely reshot, seeing its running time extended from 60 to 90 minutes in the process.

Most recently, Baz Luhrmann’s 1970s rap/disco drama The Get Down has been seen as something of a folie de grandeur. Its huge US$120m budget is the highest ever for a Netflix original drama – caused in part by a lengthy production process, music costs and frequent changes in creative direction as the show progressed – and earned it the nickname ‘The Shut Down’ among the writing team.

And finally, AMC’s The Walking Dead, the most popular drama series in the US and a huge show around the globe, has at times had almost as much drama behind the scenes as on screen.

The firing of showrunner Frank Darabont (The Shawshank Redemption) before the debut of season two, when the show had already become AMC’s breakout hit, was a shock, with multiple explanations circulating as to exactly what happened.

Accusations of budget cuts and interference from executives beset The Walking Dead’s early seasons, also leading to a parting of the ways with Darabont’s successor Glen Mazzara after season three.

So Westworld is not alone in its travails – but on the strength of initial reviews, it will have been worth the struggle in getting the show to our screens.

tagged in: HBO, Netflix, The Get Down, Westworld