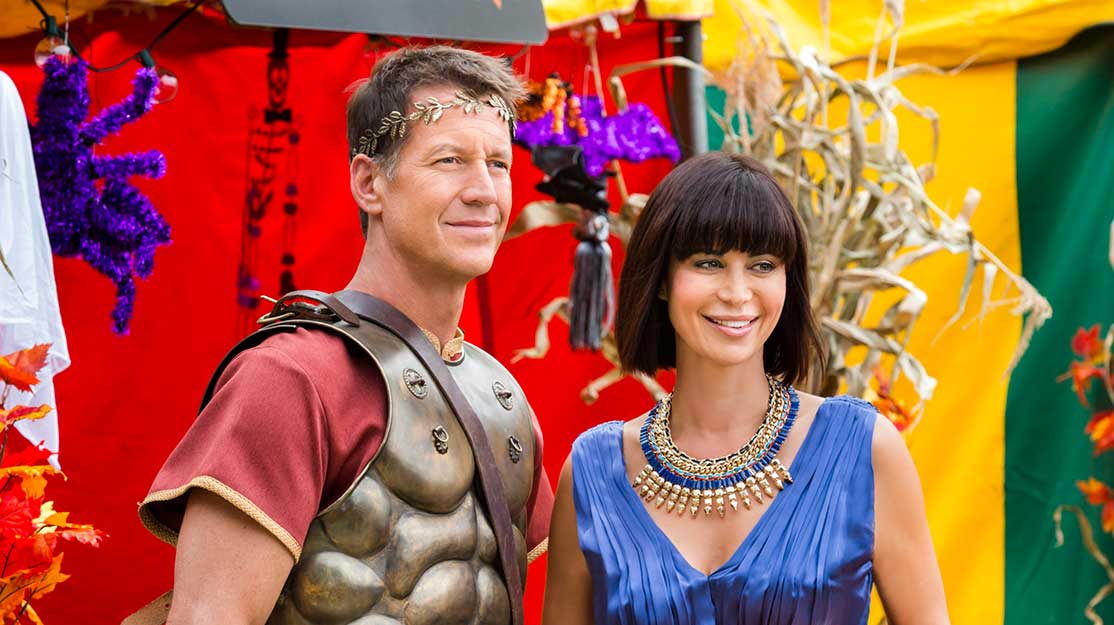 With the second season of Good Witch in production, executive producer Sue Tenney tells Michael Pickard how the Hallmark Channel series has grown from its TV movie origins.

Known for its extensive family movie slate, Hallmark Channel has been steadily building its slate of original series with shows including Cedar Cove, When Calls the Heart and Good Witch, which is now in production on its second season.

Spun off from the TV movie franchise of the same name, Good Witch stars Catherine Bell and Bailee Madison as mother and daughter Cassie and Grace, who share some enchanting powers.

And viewers will get a sneak peak of Good Witch when it returns to air with a Halloween special on October 24, before season two proper begins in 2016.

Executive producer Sue Tenney had just finished showrunning Cedar Cove, which stars Andie MacDowell in a series based on Debbie Macomber’s books, when she was asked to develop and showrun the first season of this new series.

“I was familiar with the movies, loved the characters and was excited about creating new characters and storylines for such a beloved franchise,” Tenney explains. “Catherine Bell was finally available, which was exciting to everyone. Then Hallmark Channel brought in the incredibly talented and handsome James Denton to play opposite Catherine (as her character’s new neighbour Sam) and the lovely Bailee to play Catherine’s daughter.”

Hallmark’s reputation for broad family entertainment means a fantasy comedy-drama such as Good Witch fits the bill perfectly, and Tenney says Bell in particular is a major draw.

“There are several reasons Good Witch is appealing to viewers. First and foremost is Catherine Bell. Viewers love her beauty, strength and wisdom. Only someone very special could embody such a perfect character as Cassie Nightingale. Catherine not only fills the role but her inner spark is what brings Cassie’s magic to life.

“Second, Good Witch is a family show portraying a family who like and respect each other. I think people like seeing positive images of family and community being represented on television. And third, people love watching Cassie and Sam’s developing friendship. Catherine and James have a wonderful chemistry and their relationship feels like real life.”

Television is no stranger to spin-offs, but how did Hallmark transform Good Witch from a TV movie franchise to an episodic series? Tenney says the films offered a great platform on which to build.

“But whenever you create a series based on movies or books, there is a lot that still needs to be built, such as additional characters and relationship dynamics, to give the series longevity,” she adds. “It was a challenge but when you love the world and the characters it’s a lot of fun to put together.”

One particular challenge was deciding when to set the series in terms of its characters’ lives. Another issue was the fact Chris Potter, who played Cassie’s husband in the seven films, was wrapped up in Canadian drama Heartland and wasn’t available to film the series. His character was subsequently killed off in the series opener, which debuted on Hallmark in February this year.

“The biggest challenge was that Chris was a very important character in the Good Witch world and we wanted to treat his absence with the weight it deserved,” says Tenney. “We started from that point and created Cassie’s journey going forward. The first season was about Cassie dealing with her loss while being a mother, business owner and a friend to her community. The second season is all about what happens next for Cassie.”

In the writers room, Tenney says there are two basic elements that must appear in every storyline: “We always start with how we can be true to the Good Witch franchise while telling stories the viewers haven’t seen before. The goal is always to take an interesting relationship or character story and infuse the right mix of mystery or magic to make it the perfect Good Witch story.”

But in the congested TV landscape, how can a show that avoids epic fantasy battles or brooding, flawed antiheroes stand out from the crowd?

“Good Witch is popular because it’s unique,” Tenney says. “The central family love each other and want to help each other. There is also Cassie’s wisdom. I feel like everyone can use a bit of inspiration in their lives.”

Season two promises plenty of surprises, Tenney adds, with several new relationships awaiting the characters. “We will be getting to know our characters in a deeper way. Several characters will have a visitor from their past who will impact their future. We believe we’ve created a very exciting season two.”