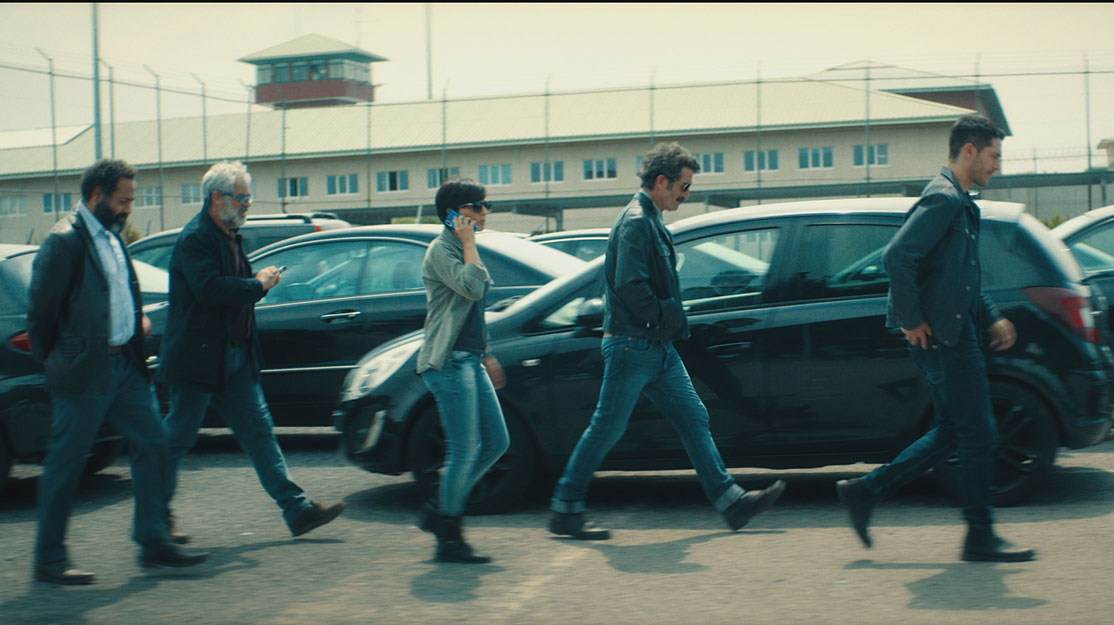 After more than two years of development and writing, crime drama La Unidad (The Unit) debuted on Spain’s Movistar+ last month to become the most watched premiere in the streamer’s history.

Blending authenticity and action, the six-part thriller charts the previously unknown work of the country’s elite National Police unit in its fight against jihadist terrorism, as Spain is targeted following the arrest of the world’s most wanted terrorist leader.

Led by Commissioner Carla Torres, the unit faces a race against time as it attempts to uncover and dismantle the threat, while members of the team also try to resolve conflicts in their personal lives.

The series, produced by Movistar+ in collaboration with Vaca Films, comes from creators Dani de la Torre and Alberto Marini and boasts a cast that is led by Nathalie Poza, Michel Noher, Marian Álvarez and Luis Zahera.

“La Unidad is a very complex series and I feel very privileged because [in developing the series] I worked with the Spanish police, one of the most professional and efficient police forces in fighting international terrorism,” says de la Torre, who also directs the show.

“We have been a part of the day-to-day work of the police and attended different operations and briefings, and we even spent time with an infiltrator. This gives the show a unique and distinctive flavour. This is a very special force, they have to work with police all over the world, because this type of terrorism is a global threat. This made the production of the show more complex, because you have to take the production to those places in order to explain how international terrorism operates.”

The director says the series also stands out because of its focus on the officers’ “normal lives,” adding: “They have to take their kids to school, they have to do the shopping, as we all do. But, at the same time, they have to chase some of the most dangerous terrorists in the world. Those characters are also what makes the show special.

“You’re not going to see conventional, traditional cops where they have a dark side and either they’re violent or drink a lot. They are normal people with normal problems that will be recognisable. At the same time, they have to do this work in a very anonymous and discreet way and that makes them very special.”

Marini, who writes the series with Amèlia Mora, picks up: “We had the opportunity to meet the real men and women involved in the anti-terrorism fight. We discovered how they work and what they are like. Even if our characters are not copies of real people, they are inspired by the real professionals we met, starting with Carla, the head of the unit. The entire series is based on the collaboration with the police and the people we had the opportunity to meet.”

The pursuit of authentic characters also set up one of the key themes of story, as Marini explains. “When Dani and I had the opportunity to enter the headquarters of the anti-terrorism department in Madrid, we were surprised by the amount of Arab people working there.

“Several police officers, men and women, involved in this fight are Arabs and several are practising Muslims. We wanted to make clear that the Arab and Muslim world is a completely different thing from the jihadist world. In La Unidad, you’re not going to see a fight between the East and the West, but you’re going to see a fight between fanatics and the people who try to defend society from fanaticism, regardless of religion, culture or race.”

Filming took place over 18 weeks in Madrid, Catalonia, Melilla, Malaga and Galicia, as well as international locations such as Perpignan and Toulouse in France and Lagos and Makoko in Nigeria.

“What has been difficult from a filming standpoint is not so much the technical part but finding the balance between all the different worlds and the different characters,” says de la Torre. “We have to reflect characters speaking in a certain way and with a certain way of thinking. We have used four different languages – there is a huge variety. So putting all this together and finding the right balance has been the most challenging part.”

Both coming from a film background, Marini and de la Torre say working on La Unidad was a new experience. “We learned a lot. The first rule we learned was this is not a feature film. A series has a different language, a different format,” says Marini.

“It is a character-driven series, so we focused on characters and [making sure we could] enter their minds [and understand] their way of life. We took advantage of an opportunity we don’t have in feature films.”

The series debuted in Spain on May 15 and writing has already begun on a second season. Meanwhile, distributor Beta Film has shopped the show to HBO Latin America.

“In the beginning, when we were reading the scripts, we understood it was going to be something very special and immediately jumped on the project,” says Beta exec VP of international sales and acquisitions Christian Gockel. “For us, it’s an important show that right now is one of the hottest in the market, especially because it was already shot [before the coronavirus lockdown]. Everyone wants to see the show.”

Domingo Corral, Movistar+’s director of original production, agrees that La Unidad has the potential to travel to audiences around the world and says it stands as a marker for the kind of dramas the streamer wants to produce in the future.

“When we do a show, first we want to entertain,” he explains. “That’s the basics of any show. Once you establish that foundation, you try to build complexity. La Unidad is a good representation of that. We are trying to entertain people but, beyond that, we are trying to explain how global the world is today.

“If you think about the health crisis we are going through right now, it is something affecting everyone in the world, not just one or two countries. Unfortunately, the same applies in this case to terrorism, and that’s reflected in the series.

“The other thing that is key for us is characters. Even if our shows are very entertaining and full of action, action without strong characters or an emotional engagement with those characters is nothing. Our ambition is to make shows like this.”