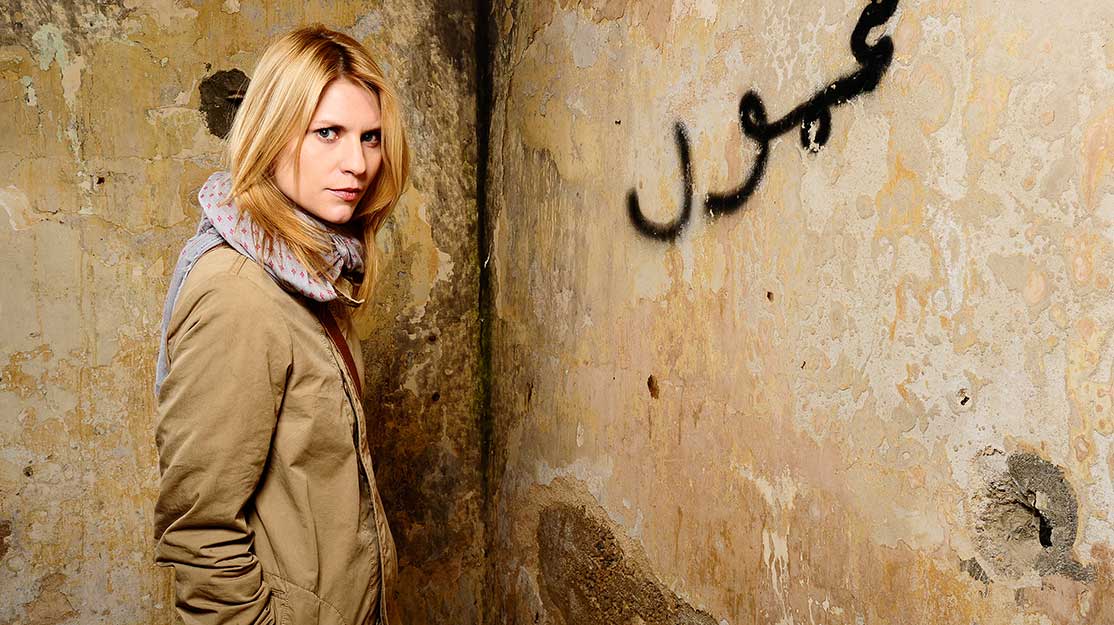 US writer-producer Chip Johannessen shares his approach to writing series television based on his spells on The X-Files spin-off Millennium, Fox hit 24 and Showtime’s Homeland.

Millennium/The X-Files
Johannessen wrote and produced for Fox series Millennium (pictured left below), which followed an ex-FBI agent who could see into the minds of criminals, between 1996 and 1999, before penning one episode of The X-Files – season seven’s Orison. Both shows were created by Chris Carter. 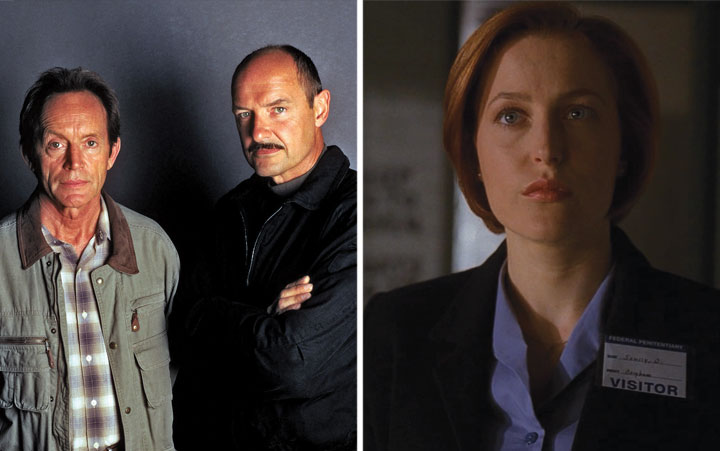 Point of view was a total obsession of Chris Carter, the showrunner on The X-Files and Millennium. Things like subjective camera moves helped you get into the characters’ heads.

By far the most important thing was tightening the sightlines to the point where the actor was almost speaking into the camera. This helped you get into the psychological unease of the characters.

Cause and effect is the glue that holds everything together. Without it, you have nothing – just a bunch of random crap happening. You would think you don’t have to say it, but the fact is cause and effect quickly goes out of the window if you’re not constantly reminded of it.

Each scene was represented by a three-by-five card. At The X-Files and Millennium, if you did not believe in the alchemical properties of a perfectly lettered three-by-five card attached by push pin to a cork board, you would not survive in that shop. The stories were almost engineered and would appear to you from the board – you could see whether there were pieces not working well, if there was stuff you could get rid of. The cards can make non-writers into writers.

24
Johannessen was an executive producer of the action drama, which starred Kiefer Sutherland as CTU agent Jack Bauer, for season eight, which first aired on Fox in 2010. He was also a consulting producer for season seven (2009). 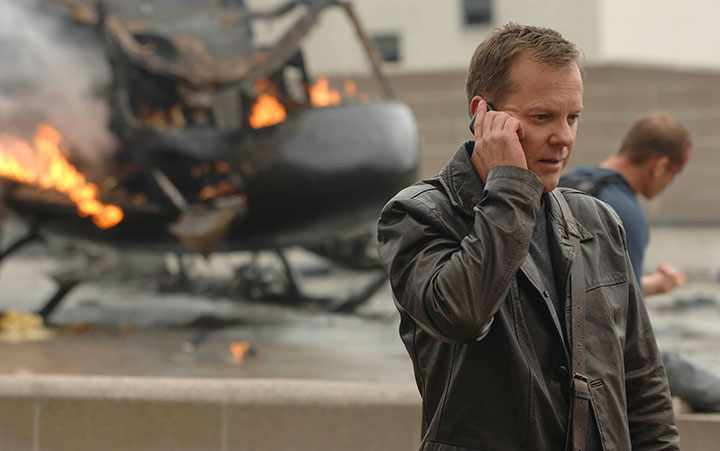 The big innovation with 24 was, of course, the ‘real time’ element. Real time was in the air at that point. There had been a movie called Timecode that had split screens. We realised in The X-Files and Millennium there were advantages to it. A typical episode had four acts and by the top of act three you’d be breathless trying to get where you were going, and by four you’d be running in real time with a very tight timeline to the end.

The other thing real time demands is that scenes start at the beginning and play out to the end. We have a sense of where the character is coming from, we have an entrance into the scene and then there’s usually an exit at the other side. In the middle, people have to deal with difficult situations in real time – they look very smart because they have a whole writers room behind them figuring out the smartest way to get through things.

This created an idea that a scene should only be about one thing, and that’s something we retained as we moved into Homeland.

We kept parts from The X-Files and Millennium and jettisoned others. The lighting was simplified and the horror story vocabulary was now gone, but we retained a strong sense of point of view. The producers and directors called it “human height” and everything was shot from there. We lost all the high and low angles unless it was actually somebody’s point of view, and that way we were very much in the action.

The one writerly conceit we did retain was cliffhangers. This is clearly a big thing in the binge-watching world. But we discovered early on that a good cliffhanger is not an action cliffhanger; it’s not putting a gun to somebody’s head where they’re going to die or get blown up. A good cliffhanger is something that upends your entire story, that changes everything. Something like: “The president is going to be assassinated.”

Homeland
Having worked with co-creators Howard Gordon and Alex Gansa on 24, Johannessen has executive produced all five seasons of Homeland. Season six is due to air later this year. 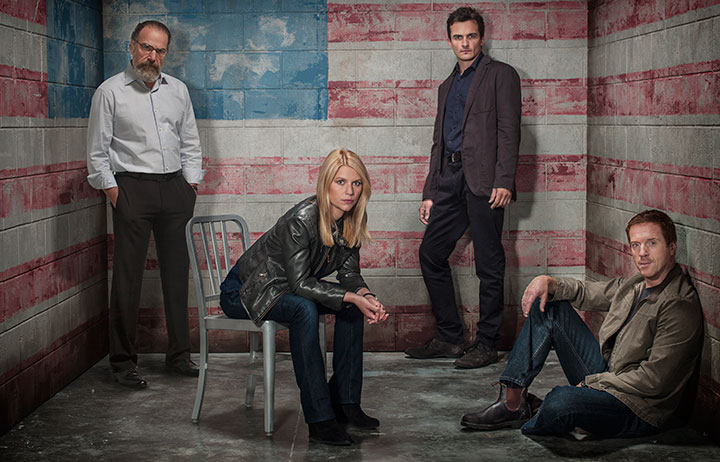 With Homeland, we had a much more naturalistic way of doing things. Instead of everything feeling staged, we wanted a feeling that the action was just captured, almost documentary style.

The language was more simple and natural. You could already see that happening in 24 because the language was simple and direct – Jack Bauer was an action hero and his language was often reduced to things like, “do it, do it now.” In Homeland we wanted to bring everything back down to earth.

To get the writer out of the script, we used reality as a trump card. We put a big emphasis on research. We did none, ever, at 24; we just made that shit up – it was a point of honour. We researched Homeland meticulously – ahead of every season, we take a trip to the CIA for three days and talk to a parade of spooks about what’s going on in the world. Ahead of the most recent season, they were all talking about Syria and Europe, so that’s where we ended up landing. We have technical consultants for everything – we try very hard to get it all right.

Even though the number of episodes is reduced compared with 24, where we felt like we were stumbling through and trying to survive, it still really exceeds one person’s ability to write that much material – particularly when you’re producing as well, which we all do at Homeland. This means we have multiple people in a serialised story, so we all have to be in the room together. If I’m writing episode three I have to know what happened in one and two, and have to know what to hand off to four and five.

We cling to the card system we inherited from The X-Files like a life preserver. The good thing is once we have the cards on the board we can hand those to anybody and they can go out and write a script. It’s not quite like a monkey could do it – that would depend on the monkey – but anybody who was there for the process is capable of writing the script.

So we’re asking writers to give up a lot. But if you serve the story, get rid of the noise, never do anything just because it’s cool and try to get rid of all the bad things we inherited from 40 years of bad broadcast TV, you get something very significant in return. You get a writing process generating pages that is so simple it is almost terrifying. All you do is close your eyes and you’re there with your characters and you let them speak.

But don’t let your actors drink coffee in scenes. They’ve already had enough.