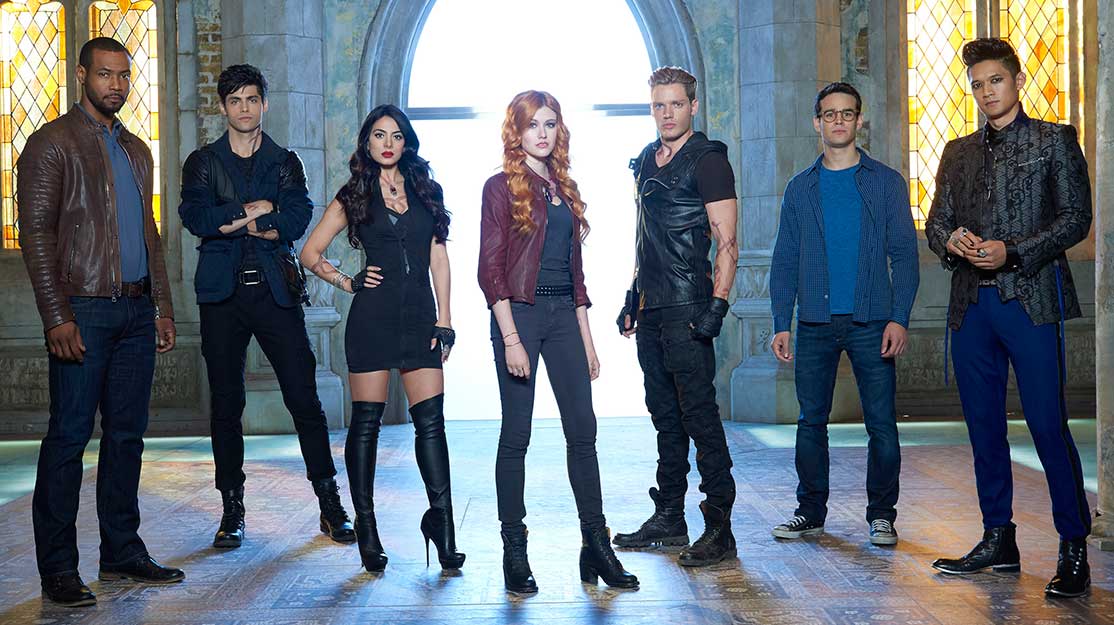 Stepping out of the big screen’s shadow

If a feature film fails to meet expectations on the big screen, could it successfully transition to television? Shadowhunters shines a light on this new trend.

When BBC1 last year unveiled plans to adapt Philip Pullman’s celebrated novel trilogy His Dark Materials, it was not forgotten that this was once a series that had big-screen ambitions.

The Golden Compass, based on Northern Lights – the first book in Pullman’s trilogy – received mixed reviews when it was released in 2007 and failed to set the box office alight. The sequels never materialised.

However, announcing the BBC project and his partnership with producer Bad Wolf, Pullman himself noted the promise TV now offers to complex stories that film often cannot. “In recent years we’ve seen the way that long stories on television, whether adaptations or originals, can reach depths of characterisation and heights of suspense by taking the time for events to make their proper impact and for consequences to unravel.”

The path of Pullman’s novels to TV follows that of Shadowhunters, a new fantasy drama now showing on Freeform, the US cable channel recently rebranded from ABC Family.

Opening on January 12 to 1.82 million total viewers – marking the channel’s biggest series debut for two years – Shadowhunters is based on the bestselling young-adult book series The Mortal Instruments, which is written by Cassandra Clare and once also had a future on the big screen. A movie called The Mortal Instruments: City of Bones, based on the first of six books in the series, was released in 2013, with plans for a sequel based on the second book, City of Ashes, widely reported.

That too failed to materialise, allowing Freeform to develop its own version of the story, which follows 18-year-old Clary Fray, who discovers she comes from a long line of Shadowhunters – human-angel hybrids who hunt down demons.

When her mother Jocelyn is kidnapped, Clary is thrown into the world of demon hunting with the mysterious Jace and her best friend, Simon. Now living among faeries, warlocks, vampires and werewolves, she begins a journey of self-discovery as she learns about her past and how it will shape her future.

Shadowhunters is produced by Constantin Film and executive produced by Ed Decter and McG, who also directed the first episode.

“Constantin had owned the rights to the IP and developed the film. It did OK,” explains Gary Marenzi, who has been working as an adviser to the production company for the last two years. “But we sat down and said it’s perfect for a TV series because it’s a huge ecosystem. You have the shadow world, the shadowhunters and the demons, and in between you have warlocks, werewolves and other myths and legends.

“It’s set in an urban setting where people look real. It’s not some complete fantasy world so it’s really that urban realism this show brings. We were fortunate enough to find Ed Decter as a showrunner. He had read the books and was passionate about the project. However, the protagonist is only 15 in the books so we had to age that up. Ed and his team outlined stories that we liked and, based on the first draft of Ed’s first script, Karey Burke (exec VP of programming and development) at ABC Family – who knew Ed and the books –  said, ‘We’re rebranding, this is perfect. Can you come in?’ So they went in and, boom, we got a 13-episode order right away.”

Any fans of the film who are expecting the show to continue where it left off will be disappointed, however, as the first episode of Shadowhunters serves as a fresh entry point into Clary’s world.

“It will follow book one and zig and zag, plus there’s new characters and situations created that are inspired by the books,” Marenzi says. “Then when we brought in McG to direct the first episode; he brought a whole new level of energy to the proceedings.

“The combination of Ed, his talented writers room, McG and the guys at Constantin, who know the IP, was great. We were very comfortable with our line producer, Don Carmody, and we set up in Toronto. The sets and locations are perfect for urban drama.”

With Shadowhunters’ budget coming in at a hefty US$3.5m an hour, Marenzi stresses “this a big show, it’s not a kids’ show.”

He continues: “The interesting challenge is that when you tell people it’s based on The Mortal Instruments and it’s for ABC Family, people automatically assume it’s a kids’ show. It’s not – it’s a 21.00 show.”

In terms of Shadowhunters’ visual style, Marenzi says the creative team wanted it to have a modern look, “not gothic like Harry Potter.” He adds: “We wanted to make it look like these guys are going out to a club every night, just with vampires and werewolves.

“I was also involved in MTV’s Teen Wolf. It’s a much smaller show but it succeeded because people loved those characters – and they’ll love these characters too. They’re going to root for them every week and that’s the heart of a good TV show. Then it’s just a question of scale. This is bigger; there’s more drama, more jeopardy.”

While Freeform will be hoping Shadowhunters can join its roster of young-adult hits including Pretty Little Liars and Stitchers, other producers will be keen to see whether this former big-screen franchise can successfully transition to television.