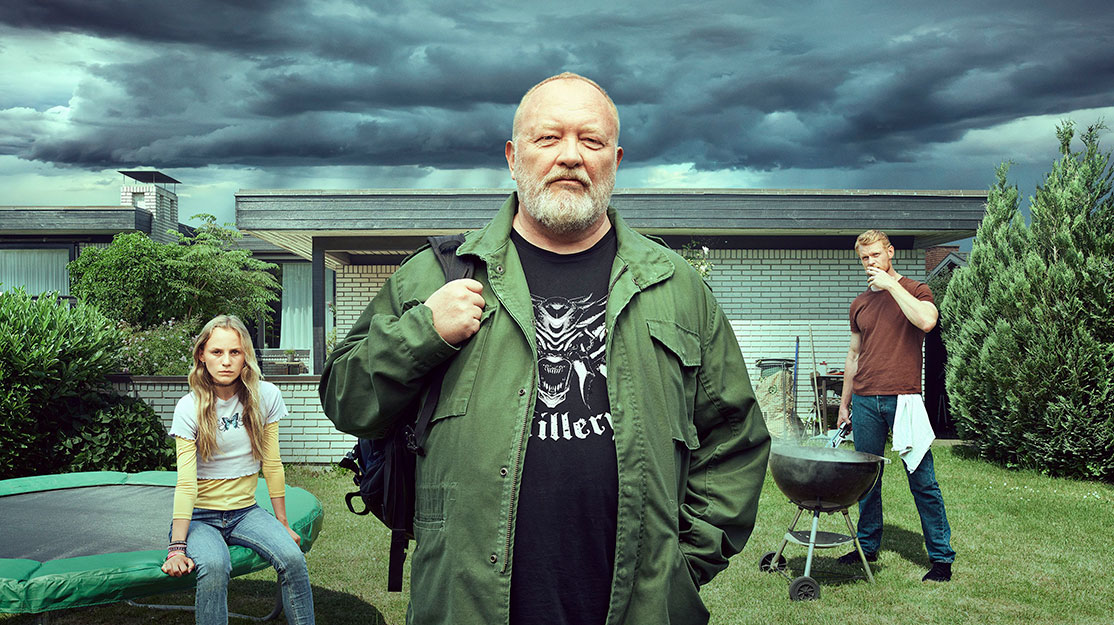 Danish writer Maja Jul Larsen tells DQ about making her first series, Ulven Kommer (Cry Wolf), in which a social worker must investigate an allegation from a young girl that threatens to tear her family apart.

Danish dramas Borgen, Bedrag (Follow the Money) and Arvingerne (The Legacy) are just some of the Scandinavian series that have become international sensations in recent years – and Maja Jul Larsen has worked on all of them. Now the writer has stepped out on her own to create a show for public broadcaster DR that examines the pressures of the social services system and the power of the state versus the individual right to freedom.

Ulven Kommer (Cry Wolf) follows the fallout when 14-year-old Holly writes a school essay detailing her stepfather’s violent behaviour. Social worker Lars is assigned to the case and, convinced by her story, puts Holly and her younger brother Theo into foster care.

But when her family, including Holly’s stepfather, claim the essay is nothing more than teenage rebellion, Lars’ sense of certainty begins to falter. His life is made more difficult when old video footage of a heavy-handed social services operation is posted on social media, leaving him on the end of negative publicity and scrambling to determine who is really telling the truth.

Debuting in Denmark this Sunday following its triumph at the 16th Zurich Film Festival, where it was named best series, the show stars Bjarne Henriksen (The Killing), Peter Plauborg (Splitting Up Together) and Christine Albeck Børge (The Bridge). It is produced by DR Drama and sold internationally by DR Sales.

Larsen went to film school and wrote features and documentaries before landing her first job at DR on Bafta-winning political drama Borgen. She then wrote on The Legacy either side of a stint on Follow the Money before pitching her idea for Cry Wolf.

“What I found exciting is it’s a criminal investigation within a family, and the tension comes from who is lying and who is telling the truth,” she tells DQ. “I have a big fascination with social workers, because they have a dual role: they are there to help the family, but they also there to control them if something between them is not good. It’s incredibly tricky and it gives social workers a lot of dilemmas. The clash between the two has very exciting possibilities [for TV drama].

“They also have the power to remove children from their families. And then the question is, when are you unfit to parent? I’m a parent myself and it’s the question all parents ask themselves. Most parents can tap into the terror of your child saying something at kindergarten or at school and it’s blown out of proportion and then the social services come into your family and judge the way you treat your children. I just thought that was a really interesting basis for a drama series.”

Through the show’s eight episodes, the perspective constantly switches between characters, meaning viewers will never be able to fully trust the version of events they are seeing.

“And that is exactly how it is to be a social service worker,” Larsen continues. “I’ve spoken with social workers and with parents and children who are within the social service, or who are being investigated, and the incredible thing is it’s always like this. We all have our own truth as to our role in the family and what’s going on. I found it to be the natural way to tell the story, because this is how it is.”

As the series progresses, the family’s life spirals further out of control as the case becomes public and starts to affect their jobs and friendships.

“For Lars, he becomes more and more in doubt [about the truth] and he knows it has great consequences if he has taken these children away and no harm has taken place. He has some baggage with him from another case, so it’s very hard for him to let go. He is afraid of sending the kids home.”

Cry Wolf marks the first time Larsen has taken up a showrunner role, but she says she had no trouble leading the writers room, working with Nanna Westh, Adam August, Karina Dam and Kim Fupz Aakeson.  “I know the way writers think,” she says. “My thing is you need to leave your ego at the door and work for the common good of the show. I found people who helped me work that way and who found the story compelling as well.

“It was harder because this was the first time I had to be the artistic leader of all the other departments as well, and to work with the editors and the costume designers. That has been the learning curve for me.”

A particular challenge came with finding the balance between creating a realistic series based the writers’ extensive research and one that took some creative licence to tell a thrilling story. But ultimately the series is grounded in realism, from what happens on screen to the way it was filmed.

“It was important to me that we were very true to reality because we’re telling a story about something that concerns a lot of people in Denmark,” Larsen says. “We’ve all seen so many crime shows that you can do a lot of things with cops; you don’t have to be that realistic. But telling a story about something that hasn’t been told before, I felt a responsibility to be truthful about the way it works.”

The investigation portion of the story adds an element of entertainment to the otherwise socially realistic drama, with viewers challenged to determine who is telling the truth.

“It’s very hard to look at children being taken away from their parents, so the crime engine is important for the show,” says Larsen. “The brilliance of this kind of social service case is that the crime story is natural within it.”

Larsen also worked closely with producer Claudia Saginario and says she believes in the team approach to making a series. “You have to trust the very brilliant people you hire to bring their vision to create something larger than what you can create by yourself. You deduct something from the show if you think you have all the answers,” she says.

“I also talk a lot with the actors and let them bring things to the script. At some point, they become very clever in terms of understanding their own character and they will know things I don’t know. If you want to make characters that feel fully formed, you have to let the actors do their work.”

Like most shows that have hit screens recently, Cry Wolf didn’t escape the implications of Covid-19, with production shutting down for a couple of months earlier this year. When it returned, the production team had to work out how to match the old and new footage, with filming resuming in summer after the first part of the shoot had been specifically shot in spring to capture blossoming trees – part of Larsen and lead director Pernille Fischer Christensen’s desire to emphasise nature in the show’s visual style.

“We felt that this is a show about Denmark. Social welfare is one of the pillars of our society, so we wanted to create a very Danish vibe,” Larsen says. “We wanted blooming fields and trees. It’s a tough story, but we didn’t want it to look grey and sad. We wanted it to look lush and green, like a beautiful Danish summer day that would offer a contrast to the harsh reality of what takes place. We also worked a lot on how to incorporate the crime element. We wanted to be very close to the character you’re following at a certain point to take their perspective.”

Having worked on so many Danish series that have found audiences around the world, the showrunner points to DR’s adoption of an American drama system – with one creative vision at the heart of a show – as the reason for the channel’s success. “They adopted that method quite early on and they gave a lot of freedom to the creatives, and not too much interference,” she says. “There’s no commercial interference when you work at DR. They attract a lot of talent because you can create something and you’re not going to be told to include something that isn’t in your vision.”

Larsen is now working on the highly anticipated fourth season of Borgen, but she’s also thinking of what a second season of Cry Wolf may look like, potentially featuring characters unrelated to those in season one and a telling a new story about the clash between the family and the state, which stands at the heart of the series.

“The central question is how much power should the state have over individual freedom, because social services have the power to remove your children,” Larsen notes. “The social worker works with his intuition with these families. It’s his opinion about what he sees that he writes down, and then a room of experts validate whether there’s room to take away these children. As a society, we have to discuss this concept of the state’s power versus the individual’s power.”