Six of the best from Korea

International TV market Mipcom starts in a couple of weeks’ time and one of the hottest forms of content at the event will be Korean drama. Wildly popular across Asia, Korean scripted shows have also recently started to be picked up as formats in the US, with examples including Good Doctor, Nine: Nine Times Time Travel, Answer Me 1994 and My Love From Another Star.

For anyone interested in knowing the hot Korean shows to look out for, there is a handy tool known as the Contents Power Index (CPI). Released on a monthly basis, the CPI attempts to measure fan interest in a series – using factors such the number of articles written about a show, internet search popularity and activity on discussion boards to determine which shows are most popular. Consolidated data for the first half of 2015 puts the following shows out in front. So keep an eye out for them in Cannes… 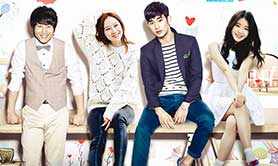 The Producers: Broadcast by KBS, this 12-part series aired on Friday and Saturday evenings in May and June. Popular in Korea, it tells the story of a group of young producers working in the variety department of – wait for it – KBS. The show, which stars the highly bankable Kim Soo-hyun, has already been sold to broadcasters and platforms in China, Japan, Thailand, Indonesia, Vietnam, Taiwan, Hong Kong and Kazakhstan, while digital streaming rights have also been licensed to parts of Europe, the Middle East and North America. Underlining the show’s appeal, China’s online network Sohu paid US$2.4m for rights to The Producers. The programme has been nominated for a number of Korean Drama Awards, but it didn’t escape criticism, with some entertainment insiders complaining of an inaccurate portrayal of the relationship between producers and celebrities. 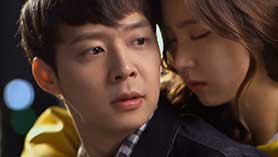 Sensory Couple: Also known as The Girl Who Sees Smells, Sensory Couple is a suspense/comedy/romance hybrid adapted from a webtoon of the same name. Broadcast by SBS, it has an elaborate plot that centres on a woman who sees her parents being murdered by a serial killer but is then hit by a car as she escapes from the killer. She wakes up from a coma six months later to discover that she has lost her memory – but has developed the ability to ‘see’ smells. The show, which aired in April and May, started with a modest 5-6% share but steadily rose to 12% by the end of its 16-episode run. It has been sold to channels in Japan, Taiwan, the Philippines, Singapore, Indonesia, Malaysia and Cambodia. Last week, Singapore-based distributor Bomanbridge Media acquired the Mongolian rights. 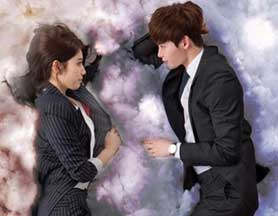 Pinocchio: Pinocchio started airing in late 2014, running through to January 2015. A 20-episode drama on SBS, it has a typically convoluted plotline based around a conflicted romance, a hidden identity and a young man’s desire for revenge. The Pinocchio title refers to a girl who wants to be a journalist but has a syndrome that makes her hiccup when she lies (not great for a journalist). Echoing Sensory Couple, ratings grew throughout the run, starting at a 7.8% share and ending at 13.6%. The show was sold for a record US$280,000 per episode to Chinese video-sharing website Youku Tudou, where it scored huge ratings. It also sold to seven other Asian territories, the US and Israel. It was named Outstanding Korean Drama at the 10th Seoul International Drama Awards.

Kill Me Heal Me: An MBC drama that aired from January to March, Kill Me Heal Me is about a third-generation chaebol (corporation boss) who has memory lapses due to a traumatic childhood experience. Eventually this causes his personality to fracture into seven different identities. He is treated secretly by psychiatrist Oh Ri-jin who (surprise surprise) falls in love with him. The 20-part series reunited actors Ji Sung and Hwang Jung-eum, who previously starred together in the 2013 hit Secret Love. While Kill Me Heal Me did fairly well, it failed to hit the heights of Secret Love – despite the entertaining sight of Ji Sung playing seven characters). Nevertheless, it was licensed to markets including China, Japan, Taiwan and Thailand. In fact, local media reports claim it travelled from Korea to Japan faster than any other drama in history, airing in Japan as soon as the Korean run ended. It’s interesting to note that the market hasn’t yet moved to the kind of simultaneous transmission we now see with US shows. 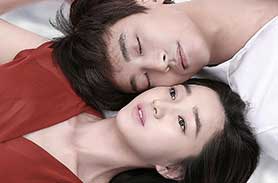 Mask: A classic doppelganger story, Mask is about a sales clerk who looks identical to a congressman’s daughter. When the congressman’s daughter dies, nefarious forces blackmail the sales clerk into marrying the deceased woman’s fiancé – the heir to a huge fortune. The heir, who is unaware of the switch, had not been marrying for love, but because his family demanded it. He is pleasantly surprised by his new wife – who is nicer than he expected. The 20-part series first aired on SBS from May to July and was a consistently strong performer – airing in the same slot previously occupied by Sensory Couple. It was written by Choi Ho-chui, who had a previous hit with KBS’s Secret in 2013. International sales to date include ABS-CBN in the Philippines. 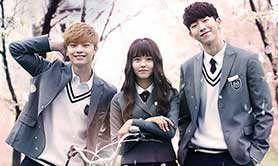 Who Are You: School 2015: ‘School’ is an ongoing franchise that aired from 1999 to 2002 and was then revived in 2013. It depicts the struggles and dilemmas faced by Korean youngsters – though not in a Breakfast Club or Skins kind of way. In the latest season, for example, Lee Eun Bi (Kim So Hyun), a student at a top high school, mysteriously wakes up with amnesia. When she subsequently discovers she was once bullied, she decides to put things right by transforming herself into a popular and glamorous girl – but things aren’t as simple as they seem. Especially popular with young Koreans, this latest series of 16 episodes ran from May to June, finishing strongly with a 9.7% share. The show aired on KBS World with subtitles two weeks after its initial broadcast. It’s part of a lively genre of high-school K-dramas that stretches back years.

Other shows to appear on the CPI include Heard it Through the Grapevine; Angry Mom; Let’s Eat; Jeju Island Gatsby; Punch; Healer; Hyde, Jekyll and I; Orange Marmalade; and What’s with this Family?. One that doesn’t appear in the list but has generated a good response is tvN’s Ex-Girlfriend Club.

So what else is worth saying about Korean drama? Well, historically it has generated a lot of its international revenue from Japan. But, as the above examples show, China has become an important market. The interesting thing about China, however, is that foreign shows are banned from airing in primetime, which is why Korean dramas tend to be snapped up by online streaming services (which pay upwards of US$200,000 per episode).

In terms of staying on top of trends in the K-drama market, Drama Fever identifies the top trends in Korean drama this year. These include personality disorders, out-of-wedlock pregnancy, high-school bullying, exes and vampires – all of which sounds like the typical content of a Western drama too!