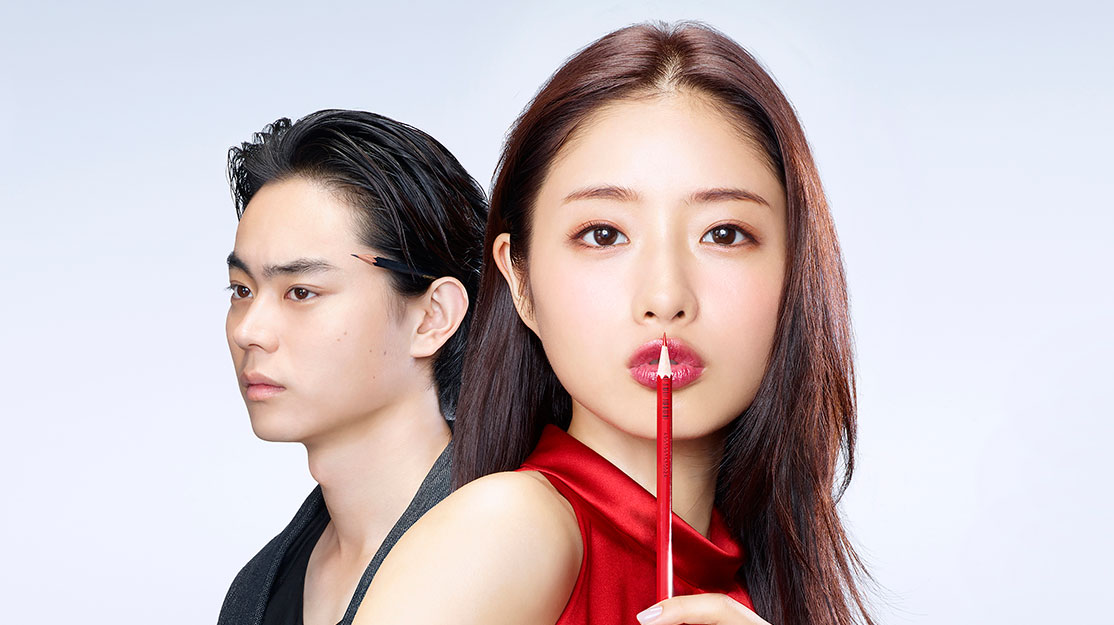 Proofreading may seem an unlikely source for drama but that was the challenge facing producer Reina Oda when she began devising Nippon TV’s latest series.

Outside Japan, Nippon TV is arguably most notable as the original home of business reality series Dragons’ Den. Known locally as Money Tigers, the format has since been adapted 29 times and is on air in 184 countries around the world.

But the broadcaster will have a new drama to showcase when the international television community gathers in Cannes next week for Mipcom, where Japan is this year’s Country of Honour.

Pretty Proofreader, which debuted on Nippon TV earlier this month, tells the story of 28-year-old Etsuko, the ultimate fashionista, whose lifelong dream is to become the editor of a fashion magazine. After much searching, she finally secures a job at a large publishing house, only to discover she’s been assigned to the least glamorous section – the proofreading department. Undeterred, she meticulously investigates every issue, which leads to one problem after another.

Producer Reina Oda tells DQ how she brought this adaptation of Ayako Miyagi’s novel Koetsu Garu to the small screen.

What attracted you to the project?
I was drawn to the original novel that this drama is based on because I started working at Nippon TV 13 years ago hoping to make dramas, but ended up doing something else. I still had a lot of fun, though, and I realised that I shared a lot in common with the heroine of the story who works very hard even though she didn’t land her dream job. There aren’t many people in this world who are doing what they truly want to do but are still enjoying their work, without doing it resentfully. I can relate to that and when I read the original novel, I felt that this could be a drama that would encourage people and make them realise, ‘Hey, it’s OK that I don’t have my dream job!’

What can you tell us about the show’s themes?
Etsuko remains loud and clear that she wants to be a fashion magazine editor. Even though she wasn’t assigned to her dream department, she’s not quick to accept that her current job is her destiny. That’s why this is a drama that is encouraging to both those who have achieved their dreams and those who haven’t. It also sends a message that even if you’re around 30 years old, it’s OK to still have the desire to chase after what you really want to do. I want the show to resonate with those who accept what has come their way and decide to pour their heart and soul into it, as well as those who still want to pursue their desires.

What was the origin of the story and what was the writing process like?
The drama is based on a novel Koetsu Garu, by Ayako Miyagi, in which the main character is a 23-year-old woman who has just graduated from college. Nippon TV’s Wednesday 22.00 dramas, however, seem to have been resonating more with people around 30, so we increased her age and modified the story so that she would have been working at the same publishing company for seven years. By doing so, Etsuko’s feelings are even stronger. She feels even more strongly about not being able to do what she truly wants to do. There’s also a sense of, ‘I’ve made it this far, so why not keep pushing forward?’ I think the story got better by making her older.

How much did you research fashion magazines?
For Etsuko’s fashion style, we consulted with Satomi Ishihara, who plays Etsuko, and her stylist. It seems like scarves are the ‘in’ thing this year so we used those, as well as coloured tights and other trends. But what was very important was that Etsuko is not wealthy, so instead of wearing luxury brands, she wears used clothes and spices up her look by accessorising. In this sense, she’s not realistically like a proofreader but we pursued authenticity in other aspects. There’s a younger woman working in the fashion magazine editing department named Morio, who happens to be from the same high school as Etsuko. What we saw in the real world was that people who work in fashion magazines are actually less worried about what they wear. In the scene where Etsuko goes to work believing that she’s been assigned to the fashion magazine editing department, she shows up all stylish and glamorous, only to realise that nobody in that group is as decked out as she is. So the truth is, there isn’t a proofreader who dresses like Etsuko, but there isn’t anyone who looks like her in the editing department either.
In preparation for filming, I talked to people in both editing and proofreading departments. I also asked a fashion editor about proofreaders. That’s when I was told, ‘We don’t have a proofreading department in this publishing house.’ But later I got a message saying, ‘Actually, we do have a proofreading department – I just didn’t know!’ I immediately used that as material for our first episode.

How did the style and tone of the show come together?
When I told Ayako Miyagi that we wanted to adapt her work for television, she said she would entrust me with all matters related to TV content creation. She’s a very generous person. She said, ‘Go ahead and take Etsuko to many different places.’ Mayumi Nakatani, the scriptwriter, kept the original quick-witted, sharp-tongued dialogue while also making sure the action was dynamic. The conversations and general feel are based on the original novel, but the story is quite different. But everything is approved by Miyagi.

What is the director’s style and how was this used to create a look for Pretty Proofreader?
The director, Toya Sato, is brilliant at using computer graphics. When he heard that he would be working on Pretty Proofreader, he started imagining how he could breathe life into the quiet world in which the story is set and was ready to rise to the challenge. When you watch the drama, it’s clear he worked hard on even the most ordinary scenes and conversations. The director really unleashed his mastery throughout the project. I really find it fascinating.

What can you tell us about the cast and their characters?
First and foremost, there’s Satomi Ishihara’s Etsuko Kono. Everyone who gets to know Etsuko starts to like her. Many people wish they could say what they really want to say, just like Etsuko. But Etsuko isn’t just a sharp-tongued woman who’s socially inept – she always hits the spot with what she says and her timing is always exquisite. Then there are her colleagues at the proofreading department who, at first glance, seem dull and boring but are actually passionate. Viewers will start to see this in episodes two and three. I really like Takehara, the manager of the proofreading department, played by Goro Kishitani. His character has such a great air about him. Then there’s Yoneoka, also in the same department, played by Masato Wada. Yoneoka slowly begins to exude girly traits. Finally, there’s Fujiiwa, played by Noriko Eguchi, who looks like your typical proofreader – when you actually meet proofreaders, all of them really look like her!

What were the biggest challenges during the production?
I would say the script. For example, if the main character was an editor, she could go and meet some writers and work really hard, and all her efforts eventually would lead to success. We can create that kind of a simple story. But with proofreaders, if the story they’re working on is really interesting, they might find it harder to catch mistakes. It’s a special job that requires them to be objective with what they’re reading, and some even say they shouldn’t proofread the works of their favourite writers. It makes for an interesting story, but I’m also challenged every day to make this a feel-good programme that portrays proofreaders in a way that makes the audience say, ‘Wow, that’s so interesting.’

What is the message that you hope viewers will take away from the series?
I want to encourage those who have already reached their dreams and those who have yet to. You can start a sentence with ‘Like Etsuko…’ and have it end differently. Someone might say, ‘Like Etsuko, I want to be someone who pours my heart and soul into my job even if it’s not the one I dreamed of.’ Another might say, ‘Like Etsuko, I want to be someone who won’t stop announcing to the whole world, loud and clear, what my dream is.’ Neither one is good or bad, but I want to send some encouragement to people on each side.
Satomi Ishihara wonderfully portrays an innocent, vibrant and fast-talking woman with a huge smile who overflows with life. Etsuko has the strength and tenacity to face obstacles without getting discouraged. This is a drama that will surely give you strength and courage.