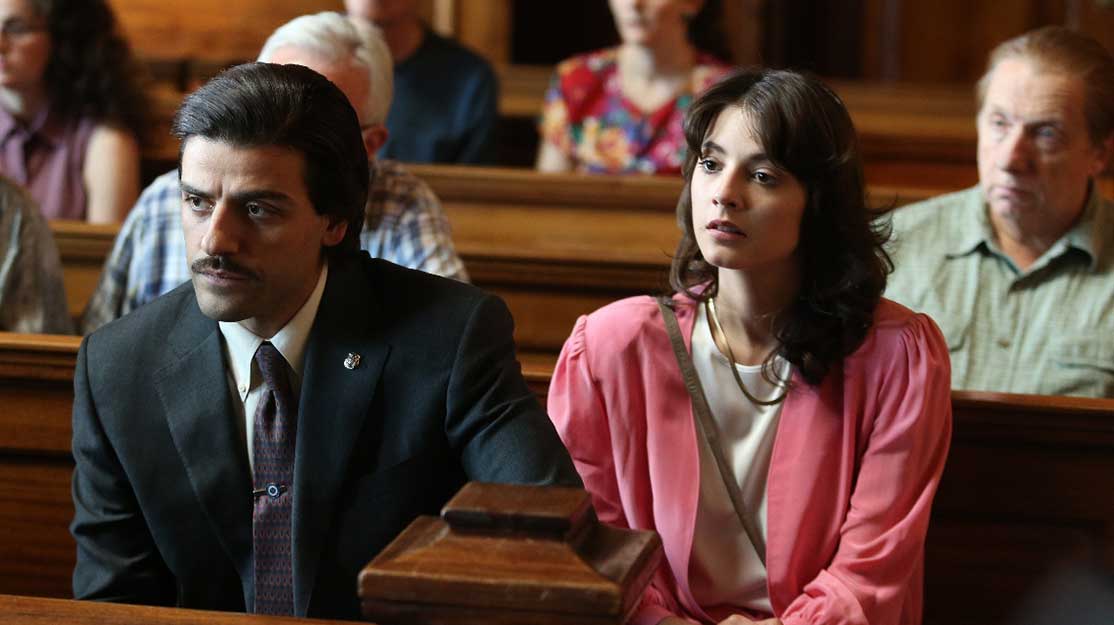 The Wire’s David Simon seeks a hero for HBO

David Simon, creator of The Wire, exposes tensions at the heart of an American city in a new HBO miniseries that chimes with today’s society. Michael Pickard reports.

Across five seasons, his acclaimed drama The Wire exposed the fraught relationships the police have in dealing with the drug trade, government and the media in the city of Baltimore.

For his next project, David Simon continues to examine society by turning his attention to themes of home, race and community as shown through the lives of citizens, politicians and activists in Yonkers, New York State.

Show Me a Hero, set generations after the civil rights struggle of the 1960s, follows the young mayor of a mid-sized American city that is facing a federal court order to build a small number of low-income housing units in his town’s white neighbourhoods.

His attempt to do so tears the city apart, paralyses the local government and ultimately destroys his career.

The six-part miniseries, which launches on HBO this Sunday, is based on the non-fiction book of the same name by Lisa Belkin and is directed by Paul Haggis (Crash). The executive producers are Simon, Haggis, Nina K Noble, Gail Mutrux and William F Zorzi.

It was Mutrux who first suggested adapting Simon’s book Homicide: A Year on the Killing Streets, which led to long-running NBC series Homicide: Life on the Streets.

So when she gave Simon a copy of Show Me a Hero, he picked it up. “I thought Show Me a Hero offered a perfect storm of a narrative about our enduring racial and class pathologies and the not-in-my-back-yard, don’t-tread-on-me sensibilities of modern libertarian and neoliberal politics,” Simon explains. “This is the grievous state of the American political dialectic, in which the only two operant currencies seem to be greed and fear.”

After Simon shared the book with Zorzi – a veteran political reporter who worked with Simon at the Baltimore Sun newspaper as well as on The Wire – the pair realised the story depicts exactly how government works in America.

“Or doesn’t (work),” Simon adds. “The American obsession with race and class – and the political uses of greed and fear – is still very much our national paradigm. We are getting better, slowly and inexorably, generation by generation. But there is much work still to be done to reconcile many Americans to the idea of a desegregated society, to power sharing, to the very idea that all of us must share in the same national future.

“It’s going to be going on for a good long while, but integration itself – and the inevitable emergence of a stronger black and Latino middle class – is going to change more and more minds, particularly among younger Americans who come to the debate with less baggage.”

Zorzi adapted Belkin’s book after immersing himself in the history of Yonkers, pulling together key stories and characters across the drama’s six-hour running time.

“He has been the creative flame here, script-wise, and I have had the benefit of beginning with enough material for 10 or 12 hours,” Simon says.

“My job has been to tighten and reshape some of the story arcs so that they fit within the time we have, and to prioritise the material and find shorthand ways of explaining, or at least acknowledging, complex political realities and nuances.

“For me, it’s been tricky. For (Zorzi), it’s a little bit of torture to see how much fits and how much doesn’t, how much of the complicated politics and history of what happened in Yonkers can be referenced, and how much must be glanced at or omitted.

“We did our best. We’ve known each other and worked with each other for 30 years now. We trust each other as a team, although that doesn’t mean we didn’t argue, or that Bill didn’t worry about the details, or that I could let the narrative wander too far into tall grass.”

Meanwhile, Simon says Haggis, who has experience working in both film and television, fitted the bill in his search for a director who could “believe in a story that had very little sex, gunplay or broad humour.”

He adds: “I needed a director to believe it was a worthy and necessary journey to examine politics as it is practiced on the municipal level, race as it plays out on the street level and class as perhaps the most divisive and misunderstood force in American life.

“This is about a coming reckoning in the American future: are we a society, or is it every man for himself? Do we all share in the same collective national narrative, or are there separate stories for those at the margins? And, practically, Paul shoots a bit more poetically and elegantly than I am used to, and I write a more quotidian and low-to-the-ground script than he might.

“The collaboration was good in that he pushed me to allow some better measure of honest emotion into what could have been a dry political narrative, and maybe I pushed him to tolerate some dialogue that wasn’t clean or rounded, that was a bit in the gutter but still glancing up at the stars every now and again, to misquote Oscar Wilde. Our differences fostered good debate and, ultimately, some compromises that I think served the work very well.”

It’s been a long road to bring Show Me a Hero to the screen. Simon first began working on the project some 15 years ago, but was delayed when The Wire was picked up and again when he adapted Evan Wright’s book Generation Kill, which HBO wanted on air as close as possible to the Iraq War events it depicted.

Then came Treme, a series about musicians set in a New Orleans recovering from the devastating effects of Hurricane Katrina.

But Simon credits Kary Antholis, president of HBO Miniseries, with recognising that despite the delays, the story Show Me a Hero has to tell would still be extremely relevant to contemporary America.

“What happened in Yonkers, as a political and social allegory, remained pretty damn timeless,” he says. “When we came back to Show Me a Hero, we would still be landing it on a country that would still be travelling the same hard road. Recent events in Ferguson, Baltimore and Charleston make this all too clear.

“That said, we pulled an incredible cast. And god love them all for committing to an ensemble drama in which, to overuse a phrase with which I am somewhat associated, all the pieces matter. Oscar Isaac is ascendant right now as an actor and he has his choice of scripts and projects. That he saw the value and importance of telling Nick Wasicsko’s story to present-day America is just so damn admirable to me.

“As someone who always feels ill at ease in the entertainment industry, this is why I get up in the morning – imagining something that isn’t merely entertainment but is instead a chance to dramatise the actual fault lines in our society and to do so on a scale that is careful, plausible and human. The same ambition appealed to a lot of our actors and I’m incredibly grateful for it.”