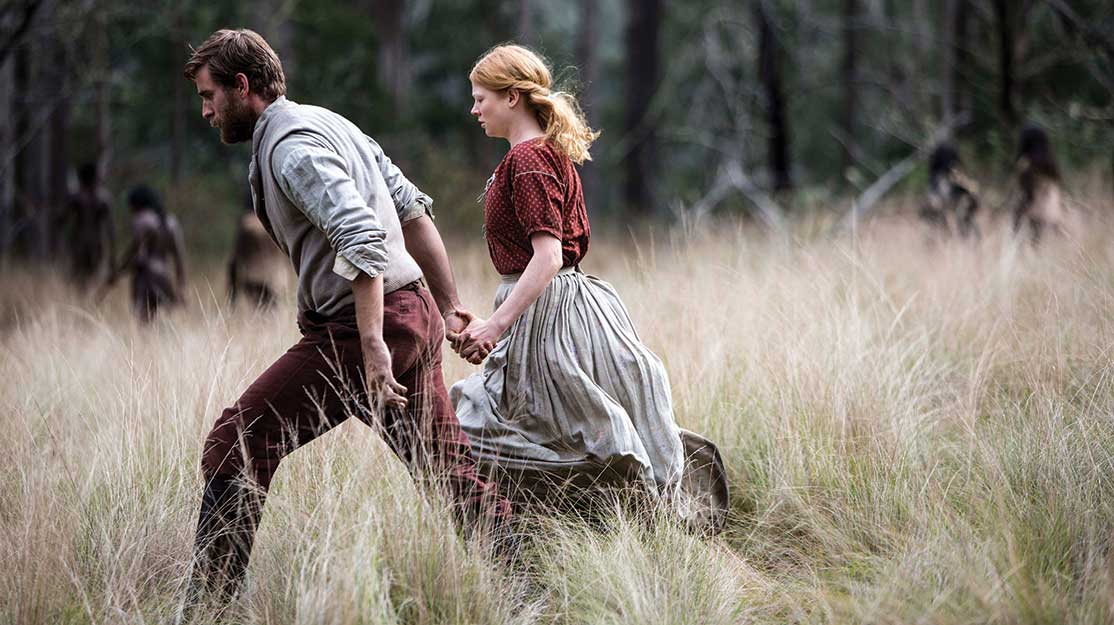 Australian viewers have embraced short-run dramas but are less receptive to new local series this year. DQ investigates the drama landscape down under.

In the increasingly competitive world of television drama, broadcasters and producers are working harder than ever to retain viewers over the course of a series.

Nowhere is that more true than in Australia, where ratings have shown miniseries to be the most popular form of drama on air this year, to the cost of longer-running dramas.

Audiences are also relating to homegrown stories, both across free-to-air channels and on pay TV.

The top-rating Oz dramas in the first eight months of this year were both miniseries. Shine Australia’s Catching Milat, which follows the police hunt that led to the arrest of serial killer Ivan Milat, attracted an average national consolidated audience of 2.46 million on the Seven Network.

Some broadcasting executives acknowledge it is increasingly difficult to launch long-running dramas. Yet despite an apparent shift in audience tastes towards shorter-run fare, Seven Network director of production Brad Lyons tells DQ: “In the end, good stories well told will win out. We firmly believe there’s a place for long-running drama and will continue to pursue it with vigour as we always have.”

Budget cuts imposed by the federal government have forced commissioning changes at public broadcaster ABC, which is continuing to back longer-running dramas, if only due to the cost of producing and promoting miniseries that may only be on air for two or three weeks.

Although neither scored big overnight numbers, the consolidated figures including catch-up viewing were encouraging, particularly for Glitch, which was available on the ABC’s iview platform concurrent with the broadcast premiere.

And prodco Ruby Entertainment’s two-part The Secret River (main image), with Oliver Jackson-Cohen (Mr Selfridge) as an English convict who is transported to colonial New South Wales in 1805 and Sarah Snook as his free-settler wife, drew more than one million viewers on the ABC.

“We have had to pull back on miniseries as they are very expensive and we can now only support the occasional mini or telemovie,” says ABC head of fiction Carole Sklan.

“This is unfortunate, as ABC fiction has had tremendous success in recent years with miniseries telling stories of remarkable Australians – such as Paper Giants, ANZAC Girls, Carlotta, Cliffy, Mabo and Devil’s Dust – and literary adaptations like The Slap. Also, when we return successful series such as Rake, Janet King and Jack Irish, there are fewer opportunities for new shows.”

The Nine Network enjoyed strong ratings with two Playmaker productions, including the second season of Love Child, set in 1970 at a Kings Cross home for unwed mothers and the adjacent maternity hospital. The fourth run of House Husbands, which stars Gary Sweet, Firass Dirani, Rhys Muldoon and Gyton Grantley as stay-at-home dads, launched in August, with the premiere attracting a consolidated average of 1.381 million viewers.

Nine co-head of drama Andy Ryan says: “Audiences have so much choice now that dramas have to work harder to capture and retain the public’s imagination. True stories have worked extremely well for all the networks, as have series like Love Child and House Husbands that tap into a broader social conversation.

“There is a thirst for novelty in drama, but the ratings prove there is also a big audience for stories that reflect and explore Australian life. It’s crucial that dramas start strongly and boldly. It will always be a challenge to sustain this intensity over a long-running series, but shows like House Husbands prove it is possible.

“A major change over the past few years has been the growth in time-shifting. Our consolidated audience is consistently more than 250,000 higher than the overnight figure, which can be a 20% or more increase on an already dominant show. But as a commercial network, we also want to maximise our overnight audience.”

Love Child’s second run averaged 1.6 million viewers per episode, with the overnight national audience of 1.228 million accounting for 76% of viewing and the remainder coming from time-shifted, encore and longform video viewing. Its third season recently wrapped.

At Network Ten, romantic comedy-drama Wonderland drew an average capital-city consolidated audience of 537,000. Due to premiere on Ten later this year is FremantleMedia’s telemovie Mary: The Making of a Princess. The show chronicles the real-life fairytale romance of a Sydney real-estate agent and Crown Prince Frederik Andre Henrik Christian of Denmark, and stars Emma Hamilton and Ryan O’Kane.

Also coming to Ten is Shine Australia’s telepic Brock (working title), which will dramatise the life of Australian motor-racing champion Peter Brock, a complex man plagued by self-doubt who died when his car crashed during a rally in Western Australia in 2006.

Network head of drama Rick Maier says: “Wonderland was generally well received and we were happy with the production, but we just failed to find a sufficient audience. Longform series are now without doubt the hardest to launch successfully.”

However, Maier adds: “The strength of the idea drives commissioning at Ten. Shortform and event dramas are not necessarily a focus. As always, we have plenty of options and our planning is usually 12 to 18 months ahead.”

The exec feels vindicated by her decision to greenlight Glitch and Hiding, viewing both as groundbreaking for Australian TV. “It’s extremely important for the national public broadcaster to showcase a mix of a dramas and to support a diverse quality slate of stories, storytellers, styles and genres,” she says.

“Every commission is risky; it’s a leap into the unknown. There are no safe shows. Sometimes they defy expectations; sometimes everything coheres and the show is better than the individual parts.

“Hiding was a bold hybrid genre of crime and family drama that explored the everyday parental challenges of raising teenagers but in a high-stakes world. Glitch was the first Australian paranormal drama series.

“We took an additional risk for Glitch with our binge strategy on iview, which audiences responded to very positively. In fact, Glitch has become the most popular iview title so far this year, recording more than one million plays to date. Consolidated national figures plus iview make a huge difference and better represent the way people choose to enjoy drama anywhere and anytime. Drama is consistently iview’s most popular genre.

“The ABC is not driven by ratings alone. It’s not only about broadest possible reach but also the deepest possible engagement. Critical acclaim and awards, social media and audience feedback for our edgier shows can be intensely appreciative. The compelling, original political thriller The Code (of which Playmaker is shooting a second season) and the exuberant, satirical legal drama Rake (Essential Media and Entertainment is making a fourth season) are also great examples.”

Chris Oliver-Taylor, MD of Glitch producer Matchbox, says: “If you take the overall results, the huge iview numbers, the critical acclaim and the quality of the work, we think Glitch is an incredibly successful show and one that we expect to have future series and strong international appeal.”

Playmaker Media co-founder David Taylor says the brief for Hiding was to attract a younger audience to the ABC. The show ranked as the number one scripted series for the 16-24 demographic and second overall on the channel across all slots.

“There is obviously more competition in the scripted space with audiences now having so many on-demand options for viewing drama,” Taylor adds. “As producers, it’s our job to create a must-watch experience that taps into the zeitgeist. All shows can be binge-watched six months after telecast. We strive to create dramas that have a water-cooler element that get people talking week after week.”

Seven’s Winners & Losers, which follows the lives of a group of best friends as they deal with life’s ups and downs, drew a combined average audience of 1.56 million in 2014. This year the ratings dropped but Lyons says the “consolidated figures are really good, often hitting 900,000. That’s a great result.” Last December the network commissioned a fifth season.

Lyons was also delighted with the ratings for Seven Productions’ Winter, a sequel to the telemovie The Killing Field, which featured Rebecca Gibney as a detective who investigates the murder of a 23-year-old woman in a fishing town south of Sydney.

One local story to feature heavily in the last year was that of Gallipoli, the First World War campaign that took place 100 years ago in April. Endemol Australia’s Gallipoli, which covered the bloody eight-month battle of Australian and New Zealand troops against those from Turkey, launched with more than one million viewers on Nine but went into a steep decline.

Ryan says: “There is no denying that audience numbers were lower than expected, but this was a phenomenon repeated around the world with First World War-themed dramas and documentaries. The centenary of the First World War hasn’t captured the public imagination as much as we thought it would four years ago when we embarked on the series. Even so, Gallipoli was a superb production about a story of enormous national significance.”

By comparison, Deadline Gallipoli, a coproduction between Matchbox Pictures and actor Sam Worthington’s Full Clip, which explores the campaign through the eyes
of four war correspondents, drew a consolidated average audience of 203,000 on pay TV platform Foxtel’s drama channel Showcase. That ranked as the third largest consolidated audience ever in the channel’s history, trailing Game of Thrones and Screentime’s 2011 Australian miniseries Cloudstreet.

Those ratings marked Deadline Gallopoli out as one of the best-performing local dramas on pay TV, alongside the third season of FremantleMedia Australia’s prison drama Wentworth (on Foxtel’s SoHo) and Banished, a coproduction between Jimmy McGovern and Sita Williams’ RSJ Films and See Saw Films that aired on BBC First.

Tim Christlieb, BBCWW director of channels for Australia and New Zealand, says: “We are delighted by how Banished has been embraced by audiences on BBC First. The show delivered audiences well above the primetime and timeslot averages for the channel.”

On SoHo, Wentworth season three achieved a consolidated average of 313,000 viewers per episode, up 8% on season two’s average of 290,000. FremantleMedia Australia head of drama Jo Porter says: “Wentworth has proven to be a wonderful critical and ratings success both locally and globally, and can now be seen in 89 territories worldwide. It was voted the most outstanding drama at the Australian Subscription Television and Radio Association Awards in 2014 and 2015. We have started production on season four, which will see Wentworth become Foxtel’s longest-running Australian drama series.”

Asked about the long- versus short-form drama issue, Porter agrees that the current appetite among viewers is for miniseries and telemoves “based on noisy, strong stories that stand out in a crowded schedule.”

She concludes: “As we have seen with Wentworth, there is absolutely still a market for ongoing series. Our job is to ensure we hold the audience from the first frame and give them enough reasons, through character and plot, to keep coming back week after week.”