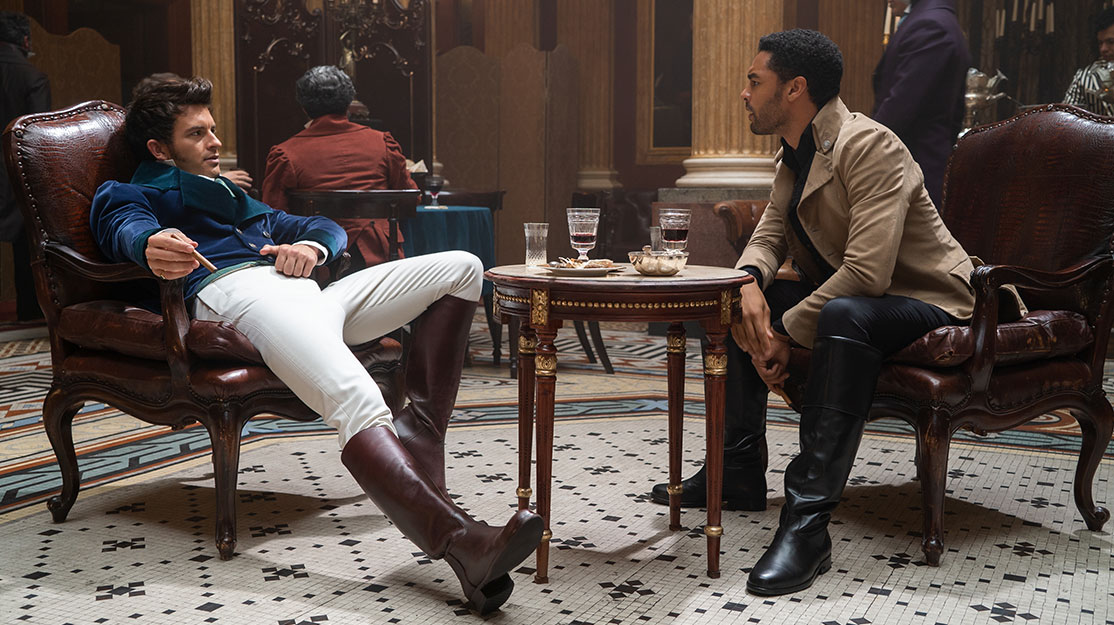 DQ checks out the upcoming schedules to pick out 10 new dramas to watch this December, from  a Stephen King adaptation and a Bryan Cranston-led thriller to two epic Spanish historical dramas. 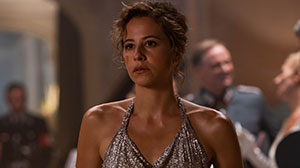 Dime Quien Soy (Tell Me Who I Am)
From: Spain
Original broadcaster: Movistar+
Starring: Irene Escolar, Oriol Plá, Maria Pia Calzone, Pierre Kiwitt, Will Keen, Stefan Weinert and Pablo Derqui
Air date: December 4
Additional broadcasters: HBO Latin America, NRK (Norway), DR (Denmark), YLE (Finland), RTP (Portugal), Forthnet Group (Greece and Cyprus)
An epic adaptation of Julia Navarro’s novel that takes in the Spanish Civil War, the Second World War and the fall of the Berlin Wall, this series charts the personal, romantic and political trials of Amelia Garayoa (Escolar). Forced into marriage, Amelia then has her newborn baby taken from her before she falls in love with a French revolutionary, leading to adventures in Buenos Aires, Moscow, London, Rome, Paris and Berlin before she returns home to Madrid. 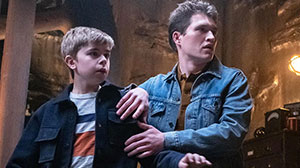 The Hardy Boys
From: Canada
Original broadcasters: Hulu, YTV
Starring: Rohan Campbell, Alexander Elliot, James Tupper, Keana Lyn Bastidas, Linda Thorson, Bea Santos, Adam Swain, Atticus Mitchell, Riley O’Donnell, Cristian Perri, Rachel Drance and Stephen R Hart
Air date: December 4 on Hulu in the US, early 2021 on YTV in Canada
Based on the books by Franklin W Dixon and bearing similarities to Stranger Things, Nancy Drew and Riverdale, this series follows Frank Hardy (Campbell) and his younger brother Joe (Elliot) as they are forced to move from the big city to their parents’ home town of Bridgeport for the summer. Staying with their Aunt Trudy (Santos), Frank and Joe’s quiet summer quickly comes to a halt when they discover their dad, Detective Fenton Hardy (Tupper), has taken on a secret investigation. Realising that their father may be on to something, the boys take it upon themselves to start an investigation of their own – and suddenly everyone in town is a suspect. 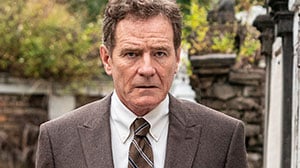 Your Honor
From: US
Original broadcaster: Showtime
Starring: Bryan Cranston, Michael Stuhlbarg, Hunter Doohan, Hope Davis, Carmen Ejogo, Isiah Whitlock Jr and Sofia Black-D’Elia
Air date: December 6
From writer Peter Moffat (Criminal Justice) and executive producers including Robert and Michelle King (The Good Wife) comes this adaptation of Israeli series Kvodo, in which Cranston plays a respected judge whose teenage son (Doohan) is involved in a hit-and-run that leads to a high-stakes game of lies, deceit and impossible choices. Stuhlbarg plays the much-feared head of a crime family opposite Davis as his wife, who might be even more dangerous than her husband. 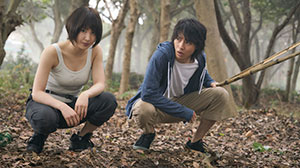 Alice in Borderland
From: Japan
Original broadcaster: Netflix
Starring: Kento Yamazaki and Tao Tsychiya
Air date: December 10
Based on the manga of the same name, Alice in Borderland follows Arisu, a listless, jobless and video-game-obsessed young man who suddenly finds himself in a strange, emptied-out version of Tokyo in which he and his friends must compete in dangerous games in order to survive. In this strange world, Arisu meets Usagi, a young woman who’s navigating the games alone. Together, they set out to unravel one mystery after another as they risk their lives and confront what it means to live. 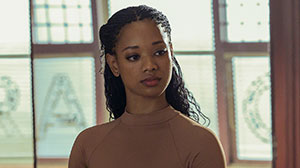 Tiny Pretty Things
From: US
Original broadcaster: Netflix
Starring: Kylie Jefferson, Barton Cowperthwaite, Daniela Norman, Casimere Jollette and Lauren Holly
Air date: December 14
Based on the book by Sona Charaipotra and Dhonielle Clayton, this series – Black Swan meets Pretty Little Things – is set in the world of an elite ballet academy in Chicago and charts the rise and fall of its dancers, each standing on the verge of greatness or ruin. 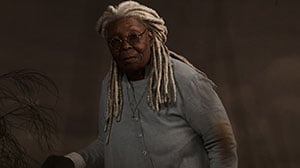 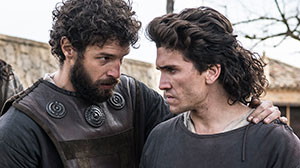 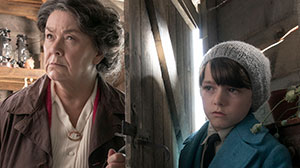 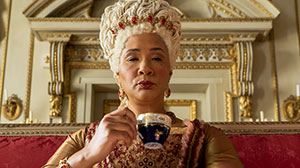 Bridgerton
From: US
Original broadcaster: Netflix
Starring: Phoebe Dynevor, Regé-Jean Page, Adjoa Andoh, Julie Andrews, Jonathan Bailey, Ruby Barker, Jason Barnett, Sabrina Bartlett, Golda Rosheuvel, Luke Newton, Claudia Jessie, Nicola Coughlan, Ruth Gemmell and Polly Walker
Air date: December 25
Inspired by Julia Quinn’s novels, Bridgerton (also pictured top) is the first Netflix series from Grey’s Anatomy creator Shonda Rhimes’ Shondaland production company. It follows Daphne Bridgerton (Dynevor), the eldest daughter of the powerful Bridgerton family, as she makes her debut on Regency London’s competitive marriage market. Hoping to follow in her parents’ footsteps and find a match sparked by true love, Daphne’s prospects initially seem to be unrivalled. But as her older brother begins to rule out potential suitors, the high-society scandal sheet written by the mysterious Lady Whistledown casts aspersions on her. Enter the highly desirable and rebellious Duke of Hastings (Regé-Jean Page), committed bachelor and the catch of the season for the debutantes’ mamas. Despite each proclaiming they want nothing the other has to offer, Daphne and the Duke’s attraction is undeniable and sparks fly as they find themselves engaged in an increasing battle of wits while navigating society’s expectations for their future. 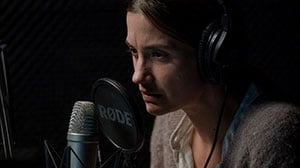 Equinox
From: Denmark
Original broadcaster: Netflix
Starring: Danica Curcic, Lars Brygmann, Karoline Hamm, Hanne Hedelund, Viola Martinsen, Fanny Bornedal
Air date: December 30
When a class of students inexplicably disappears without a trace in 1999, 10-year-old Anna becomes traumatised and plagued by horrific visions. Now in 2020, Anna is peacefully living with her family when the nightmares suddenly come back to haunt her. When the one survivor from 1999 mysteriously dies, Anna is determined to find out what happened to the class, only to discover a dark and unsettling truth that involves her in ways she never imagined. Equinox is the first series from Apple Tree Productions, which was founded by Lars Hermann and Piv Bernth (The Killing, The Bridge, The Legacy).

tagged in: Alice in Borderland, Bridgerton, Dime Quien Soy, El Cid, Equinox, Roald & Beatrix: The Tail of the Curious Mouse, Tell Me Who I Am, The Hardy Boys, The Stand, Tiny Pretty Things, Your Honor