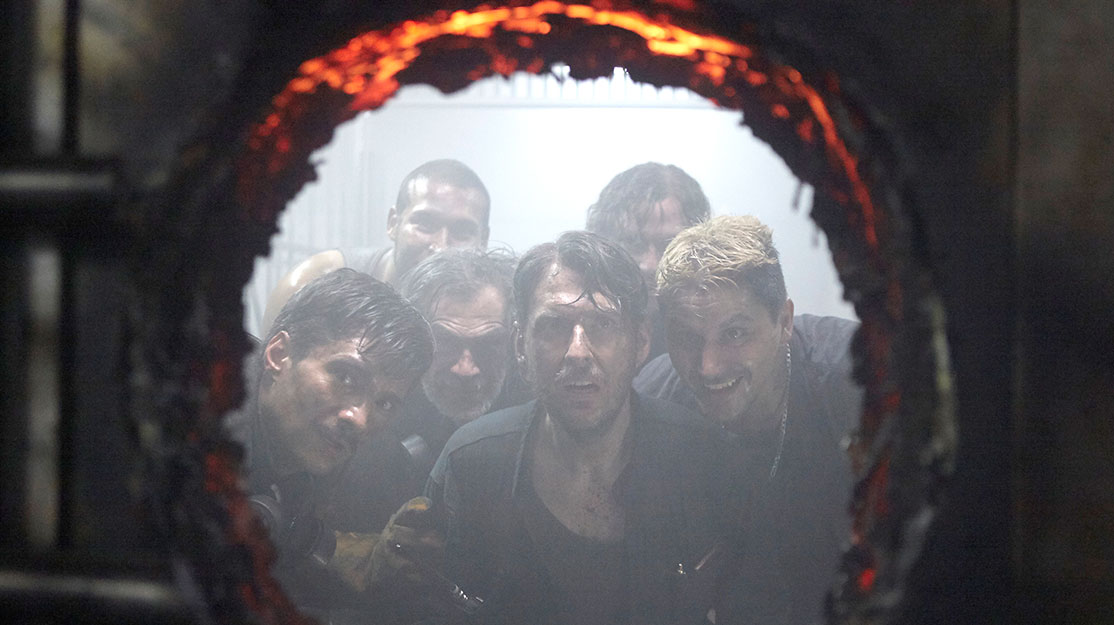 DQ checks out the upcoming schedules to pick out 10 new dramas to watch this August, from a psychological thriller written by the creator of comedy Derry Girls to a bold and stylistic drama co-created by and starring Billie Piper. 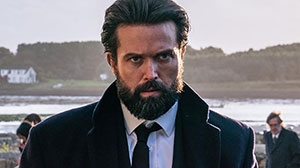 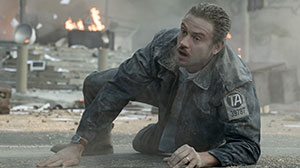 The Fugitive
From: US
Original broadcaster: Quibi
Starring: Kiefer Sutherland, Boyd Holbrook
Air date: August 3
From the creator of Quibi’s Most Dangerous Game comes The Fugitive, which is described as an edge-of-your-seat crime thriller that sees an innocent man on the run, desperate to clear his name, being pursued through LA by a cop who will not rest until he is captured. Fourteen ‘chapters’ will be released daily until August 18. 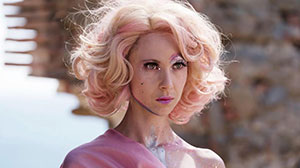 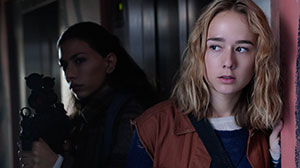 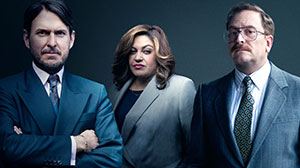 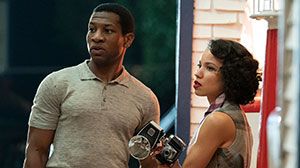 Lovecraft Country
From: US
Original broadcaster: HBO
Starring: Jonathan Majors, June Smollett, Courtney B Vance, Michael Kenneth Williams, Aunjanue Ellis, Abbey Lee, Jada Harris, Wunmi Mosaku
Air date: August 16
Based on the novel by Matt Ruff, the 10-episode series follows Atticus Freeman (Majors) as he journeys with his childhood friend Letitia (Smollett) and his uncle George (Vance) on a road trip from Chicago across 1950s Jim Crow America in search of his missing father Montrose (Williams). Their search turns into a struggle to survive when they are forced to overcome both the racist terrors of white America and the emergence of monstrous creatures that could be ripped straight from an HP Lovecraft paperback. 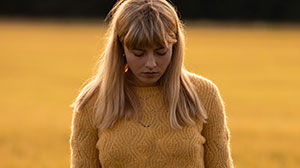 Partisan
From: Sweden
Original broadcaster: Viaplay
Starring: Fares Fares, Johan Rheborg, Anna Björk, Sofia Karemyr, Emelie Garbers
Air date: August 16
Set in the idyllic Jordnära, a gated farming community that is seemingly perfect, Partisan centres on Johnny (Fares), who discovers not everything is as it should be and sets out to make things right. 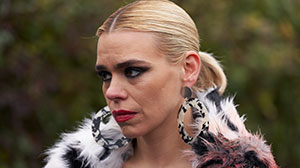 I Hate Suzie
From: UK
Original broadcaster: Sky
Starring: Billie Piper, Daniel Ings, Leila Farzad, Nathaniel Martello-White
Air date: August 27
I Hate Suzie is pitched as a bold, bracing drama about the moment in life when the mask slips, asking if anyone can survive being well and truly ‘known.’ The series introduces Suzie Pickles (Piper, pictured), a star on the wane who has her whole life upended when she is hacked and pictures of her emerge in an extremely compromising position. The eight-part series shows her unravelling as the event ricochets around every area of her life. Suzie’s trauma is detailed through the stages – and episode titles – of Shock, Denial, Fear, Shame, Bargaining, Guilt, Anger and Acceptance as she and her best friend and manager Naomi (Farzad) try to hold her life, career and marriage to Cob (Ings) together.

Unsaid Stories
From: UK
Original broadcaster: ITV
Starring: Adelayo Adedayo, Joe Cole, Nicholas Pinnock, Yasmin Monet Prince, Nicole Lecky,
Air date: TBC
Inspired by the Black Lives Matters movement, this is a collection of four powerful and impactful short dramas illustrating the importance of black perspectives.
I Don’t Want to Talk About This tells the story of Thea, a middle-class black woman who is doing well for herself, who bumps into her former boyfriend, Tom, at a party. They end up reassessing their relationship and the challenges they faced being a middle-class black woman and a working-class white bloke and the insidious and undeniable impact of racism on their love and friendship.
Generational opens when Oliver catches his teenage daughter, Justina, sneaking out of the house to attend a Black Lives Matter march. He fears for his daughter’s safety and is concerned she’s putting herself at risk.
Lavender is about a new mother, Jordan, who has recently had a baby with a black man. The drama centres around an uncomfortable conversation had between Lyndsey, Jordan’s white mother, and her mixed-race daughter.
Look at Me tells the story of a young professional couple, Kay and Michael, who are both looking forward to their date. However, en route to the restaurant, they are stopped by the police. Back at Kay’s home, armed with a recording of what happened, we see the change in them from before the incident and the impact it has on them individually and as a couple. 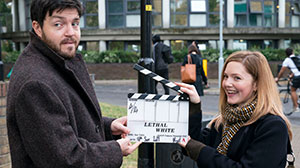 Strike: Lethal White
From: UK
Original broadcaster: BBC/Cinemax
Starring: Tom Burke, Holliday Grainger, Robert Glenister, Natasha O’Keeffe, Kerr Logan
Air date: TBC
Burke and Grainger reunite for the fourth story in the Strike series, based on JK Rowling’s crime novels written under the pseudonym Robert Galbraith. In the grip of psychosis, a young man named Billy Knight arrives at private detective Cormoran Strike’s (Burke) office to tell the story of a child he saw strangled many years ago. Strike is simultaneously hired by government minister Jasper Chiswell (Glenister) to investigate Billy’s brother, Jimmy Knight, who is blackmailing him. As Strike and his partner Robin (Grainger) work to determine how the cases might be connected, Robin goes undercover in the House of Commons.