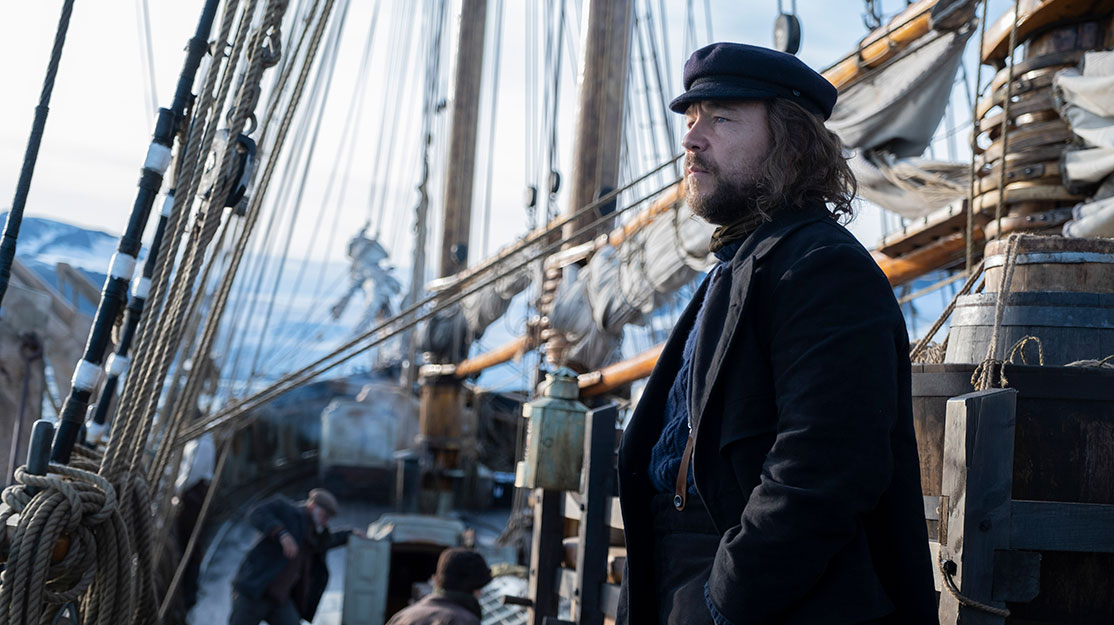 DQ looks ahead to 2021 and picks out 20 new dramas expected to air over the next year, from a submarine thriller and a dystopian Italian drama to shows featuring a globetrotting balloon expedition and the return of a serial killer. 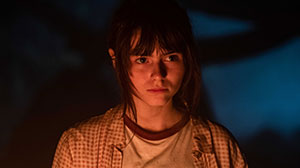 Anna
From: Italy
Original broadcaster: Sky Italia
Starring: Giulia Dragotto and Alessandro Pecorella
Created and directed by Niccolò Ammaniti, based on his novel of the same name, Anna is a dystopian story of a ravaged world destroyed by a virus that kills adults but spares children. Dragotto plays the titular teenager who sets off in search of her kidnapped brother, Astor (Pecorella), and explores parched fields, mysterious forests and abandoned cities with one guide: the exercise book her mother left her with instructions on how to survive. But with each passing day, she discovers the old rules no longer apply. 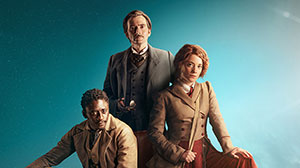 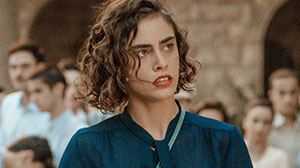 Beauty Queen of Jerusalem
From: Israel
Original broadcaster: Yes TV
Starring: Michael Aloni, Hila Saada, Itzik Cohen and Swell Ariel Or
One of Israel’s largest ever productions, Beauty Queen of Jerusalem is a historical, multi-generational melodrama adapted from the book by Sarit Yishai-Levy. The series opens in 1917 and brings to life the story of a family set against the backdrop of the Ottoman Empire, the British Mandate and Israel’s War of Independence.

Clickbait
From: Australia
Original broadcaster: Netflix
Starring: Zoe Kazan, Betty Gabriel, Adrian Grenier and Phenix Raei
An eight-episode limited series, Clickbait is described as character-based thriller that explores the ways in which our most dangerous and uncontrolled impulses are fuelled in the age of social media, reveaing the ever-widening fractures between our virtual and real-life personas.

Close to Me
From: UK
Original broadcaster: Channel 4 (UK), Viaplay (Nordics)
Starring: Connie Nielsen and Christopher Eccleston
Based on Amanda Reynolds’ novel, Close to Me is the story of Jo Harding (Nielsen), a woman who seems to have it all – a beautiful house in the country, a loving family and a devoted husband (Eccleston). But following a fall, an entire year suddenly vanishes from Jo’s memory. As she struggles to piece events together, Jo discovers that her life wasn’t quite as perfect as she imagined – and that someone will do all they can to keep a terrible secret from her.

Deg
From: Sweden
Original broadcaster: SVT
Starring: Helena af Sandeberg and Bianca Kronlöf
Air date: Autumn
Set in Stockholm, this eight-part series introduces Malou (Af Sandeberg), who is living on the edge after her latest business has left her bankrupt. But when the proceeds of a robbery – SEK47m (US$5.5m) – end up in her hands, she launches a bakery to launder the money. Meanwhile, Liana (Kronlöf) is drawn into the hunt for the cash after her ex-boyfriend, one of the robbers, is caught. 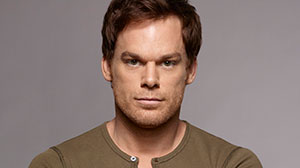 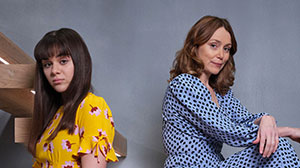 Finding Alice
From: UK
Original broadcaster: ITV
Starring: Keeley Hawes, Joanna Lumley, Nigel Havers, Jason Merrells, Gemma Jones, Kenneth Cranham, Sharon Rooney and Isabella Pappas
Bodyguard star Hawes co-created, exec produces and stars in this honest, raw and darkly comic story of grief, love and life. After the death of her husband Harry, Alice (Hawes) faces a storm of secrets and mess, debt, suspicion and criminality as she discovers her husband had a habit of hiding things he didn’t want to deal with. 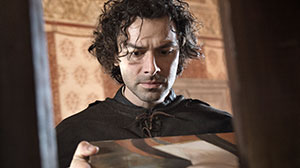 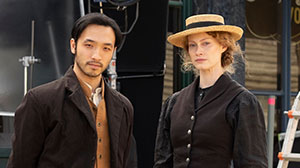 New Gold Mountain
From: Australia
Original broadcaster: SBS
Starring: Yoson An, Alyssa Sutherland, Christopher James Baker, Dan Spielman and Mabel Li
A four-part murder mystery billed as Australian pubcaster SBS’s most ambitious drama ever, this series tells the story of the Australian gold rush from the perspective of Chinese miners who risked everything for a chance to find their fortunes in a new land. 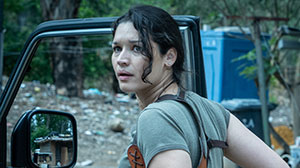 Reyka
From: South Africa
Original broadcaster: M-Net
Starring: Kim Engelbrecht, Iain Glen and Anna-Mart van der Merwe
Flawed but brilliant criminal profiler Rekya Hama (Engelbrecht) investigates a string of brutal murders committed by a serial killer in the sugar cane fields of KwaZulu-Natal, using the childhood trauma of being abducted by a farmer (Glen) to get into the minds of Africa’s most notorious criminals.

Riches
From: UK
Original broadcaster: ITV
Starring: TBC
Filming is due to get underway early in 2021 on this six-part drama, which centres on the exploits of the super-successful and wealthy Richards family. Stephen Richards is the head of a multi-million pound cosmetics empire and enjoys an eventful life with his younger wife Claudia and their adult children Alesha, Gus and Wanda, despite Stephen abandoning his first wife and two children, Nina and Simon. When Stephen suffers a stroke and his life hangs in the balance, his children are put on a collision course with secrets and lies coming to the surface and an empire at stake.

Snöänglar (Snow Angels)
From: Sweden
Original broadcaster: SVT (Sweden), DR (Denmark
Starring: Eva Melander, Josefin Asplund, Ardalan Esmaili, Cecilia Nilsson, Shanti Roney and Maria Rossing
As Stockholm is paralysed by a heavy snowstorm just before Christmas, five-week-old baby Lukas disappears from his home in the city. His young parents are left in shock, but an experienced police officer suspects their stories don’t add up and becomes obsessed with solving the case. When it is revealed a nurse has also previously expressed concern for Lukas’s safety, suspicion increasingly falls on his mother. 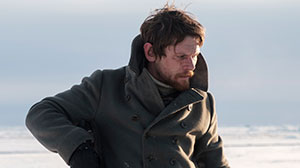 The North Water
From: UK
Original broadcaster: BBC
Starring: Colin Farrell, Jack O’Connell, Stephen Graham, Peter Mullan, Sam Spruell, Tom Courtenay, Roland Møller, Philip Hill-Pearson and Kieran Urquhart
Written and directed by Andrew Haigh and based on Ian McGuire’s novel, The North Water (also pictured top) tells the story of Patrick Sumner (O’Connell), a disgraced ex-army surgeon who signs up as ship’s doctor on a whaling expedition to the Arctic in the 1850s. On board, he meets harpooner Henry Drax (Farrell), a brutish killer whose amorality has been shaped to fit the harshness of his world. Hoping to escape the horrors of his past, Sumner finds himself in a male-dominated world, on an ill-fated journey with a murderous psychopath.

The Underground Railroad
From: US
Original broadcaster: Amazon Prime Video
Starring: Thuso Mbedu, Chase W Dillon and Aaron Pierre
Directed by Oscar winner Barry Jenkins (Moonlight) and based on Colson Whitehead’s Pulitzer Prize-winning novel of the same name, this 11-part limited series chronicles young Cora’s journey as she makes a desperate bid for freedom in the antebellum South. After escaping her Georgia plantation for the rumoured Underground Railroad, Cora discovers an actual railroad full of engineers and conductors, and a secret network of tracks and tunnels beneath the Southern soil.

The Unlikely Murderer
From: Sweden
Original broadcaster: Netflix
Starring: Robert Gustafsson, Eva Melander, Mikael Persbrandt and Peter Andersson
A five-part limited series based on the book of the same name, this is a dramatisation of how Stig Engström, the graphic designer who was named as the probable murderer of Sweden’s prime minister Olof Palme, managed to elude justice right up to his death through a combination of audacity, luck and a perplexed police force. 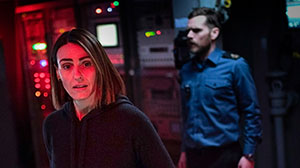 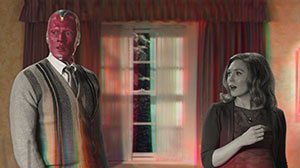 White Sands
From: Denmark
Original broadcaster: TV2
Additional broadcasters: YLE (Finland), NRK (Norway), TV4 (Sweden)
Starring: Carsten Bjørnlund and Marie Bach Hansen
Filmed in Denmark and Germany, this eight-part crime series follows Danish cop Helene and German detective Thomas, both of whom are down in the doldrums after turning their backs on love. Assigned to work together on a crime investigation in the picture-perfect but tight-knit seaside community of White Sands, they are forced to live as a couple as they carry out their next job. They gradually come to terms with one another – in life and in love – in this strange yet beautiful surfer town surrounded by odd and dangerous people.